Could explain why you share the ip address as Wariowab (talk)? Creating more than one account is called sockpuppeting which isn't allowed.

I wanted a different and that's just about it YoshiMonsta

Don't do it again. Oh wait, you did as evidenced by the below message...

I won't do it again, it's just that WarioWab (my old account) is plain pathetic. YoshiMonsta

- We gave you the benefit of the doubt and are now letting you use this account to edit the wiki. But be aware that this is your last chance: you can only have one account, period, and if you create any more accounts, you will be blocked once again. - Walkazo 22:10, 24 September 2011 (EDT)

Please don't post in dead topics on talk pages. The quote conversation was outdated, ergo, we should leave it alone. Bop1996 (Talk)

You've been making too many edits in a row to your userpage (which has the effect of "flooding" the recent change page), and that without marking them as minor. It's not a grievious offense but please verify any edits you make as to not correct them with multiple minor ones.--Glowsquid 18:10, 10 October 2011 (EDT) Sorry, I keep on messing up on my page.--YoshiMonsta (talk)

As I can remember, you asked me this:

How do you PM "Grand Wheelie" he doesn't appear when I search him up?

1- Create a Mario wiki Forums account if you don't have one ('Grand Wheelie' is 'MrConcreteDonkeys MWiki forums name) 2- Go to your messages, and make a new message 3- Write the receiver's name, the message's title and what you have to send 4-Send it!

Hope this help you :)
The preceding unsigned comment was added by Chivi-chivik (talk).

Thanks. I know, and have had a running forum account
The preceding unsigned comment was added by YoshiMonsta (talk).

can you put me in the shroob fan club -Sincerly Papermariobros

HI! To be part of the Critic Corner Sub-Team you have to contact Crocodile Dippy and send him an application like the one you can find at the Sign Up page. If you have any doubts, please ask me or any other member of the Core Staff :) --

On the forum or on the wiki, if I may ask. YoshiMonsta

On the forum. The link I gave you is the link to send him a Private Message. Here it is again. --

In case (you obviously don't know) I am YoshiMonsta's twin, Lolcrawler. Just so me or my twin don't get banned, I put this info on both of our pages. 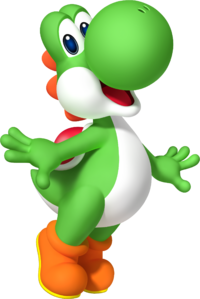 just forget about this I already have a picture

Sorry. I will put it on now.

Also I'm going on holidays from February 12 to February 18, meaning I won't be around for the issue release. If you're running late with finishing your section, please send it to Super Mario Bros. (talk) and/or Henry Tucayo Clay (talk) instead of me. Thank you. -Crocodile Dippy (talk) 18:20, 2 February 2013 (EST)

yeah I was late to sending this because reasons, so have a few extra days to complete your sections. -Crocodile Dippy (talk) 01:55, 6 May 2013 (EDT)

oh yeah also the theme for Critic Corner this month is Pokemon if you're interested, although you don't have to follow that if you don't want to. -Crocodile Dippy (talk) 20:53, 1 June 2013 (EDT)

A March subteam header of some sort![edit]