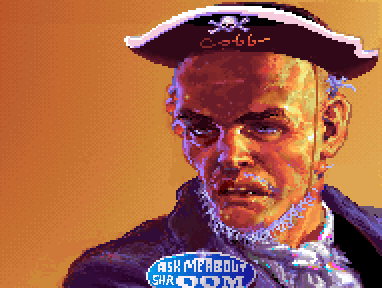 Hello! I noticed a while back that you added some Italian translations to certain articles, such as these three ones. With those in particular, however, it is widely believed that Wario Land 3 was released under the same cartridge revision worldwide, so the name wouldn't appear to have been listed in-game. Therefore, I've come to ask - was that translated from the English version by you personally, or did you use an official source as reference? If so, can you possibly cite it? LinkTheLefty (talk) 17:37, 18 May 2015 (EDT)

Hi. You're asking me about an edit there I made more than five years ago, so I don't know what exactly I was thinking back then when I made it. I believe I drew this information directly from an italian version of the game, but whether that version was genuine or a hacked one, I cannot tell anymore because it's been too long. You say what you explained is "widely believed". What does that mean? What is this belief based on? If neither of us can provide a definite source, we will have a stalemate on our hands. -

Yeah, I realize it's been a couple of years, which is why I initially deleted those translations altogether; however, Walkazo had the idea to add a {{refneeded}} instead, but I feel we already have enough needed citations building up that it's better to address it rather than let it remain perpetually. As for why I express reasonable doubt on the existence of the Italian version... I don't want to directly link anywhere this can be exploited, but there's a thing called the GoodTools that basically serves as a database for video game images (for preservation's sake, of course). Taking a look at that, there's only one verified worldwide release of Wario Land 3 (I don't have a physical European copy so I can confirm this on-hand, but I do have Japanese and North American cartridges, and I can safely say they're completely identical even down to the default language being English). Something else to point out is that while there's only one known legitimate version, unofficial (and it seems incomplete) translations are listed for Italian and Spanish, which suggests that the version you played a while ago was indeed a hack. On top of that, The Cutting Room Floor (which, although being a wiki, we do allow as a reference due to their focus on thorough digging of unused game data and regional differences) does not have any program revisions marked for Wario Land 3. So, with that in mind, I can reach the conclusion that it's not an official localization. LinkTheLefty (talk) 12:30, 19 May 2015 (EDT)

Well, since I cannot verify the validity of the italian version I played, you have my blessing if you want to remove the information in question. You'll probably have to contact a sysop before doing so though, because one has previously told you to keep the info, and my word does not carry the authority to override a decision of the administration. -

Thanks. I hope at some point it'll be fit enough to become a featured article again. But that's still a good bit away. -

Per Zootalo. But you seem to have forgotten the Butter from the kitchen in Princess Peach's Castle. But anyway you have done an awesome work. Thanks again! As for the existing screenshots of Paper Mario, I have a personal list of ones by area. Hope this helps! --A gossip-loving Toad (Talk) 23:48, 4 May 2016 (EDT)

Feedback on your partner table[edit]

I admire your work poured onto fixing various problems that the article has, but I think your partner table needs some reformatting. It's very difficult to read the information because it's too cluttered with too much different cells. I think you should incorporate the "joins in" section to the "info" paragraph, and maybe also merge the move names with the move abilities and action commands. If you can think of a better way to convey information more easily, then I'm open to that as well.

I did some merging to reduce the number of cells, and added a collapse option for the battle information to clean up the table structure somewhat. I am not comfortable with cramming the action command info into one cell with the rest of the move information though. I feel like that should remain separate. In any case, I hope this is a suitable compromise. -

I found you duplicated some file entries recently. Next time, check Gallery:Paper Mario and Category:Paper Mario Images since you are rewriting Paper Mario. The images you uploaded have been dealt with and some are pending deletion. --Wildgoosespeeder (talk) (Stats - Contribs) 16:23, 16 April 2016 (EDT)

Noted. For the record though: While I appreciate your eagerness to replace low-quality pictures with improved versions (I don't have appropriate screenshot taking equipment right now, so people doing that is very beneficial), sending out dictatorially-worded reminders like this over two duplicate files is kind of overkill. A simple note will do. -

Wasn't trying to come across as overbearing. Sorry. I just wasn't sure if you were aware of what images for Paper Mario are available. I don't know if you were planning on uploading more Paper Mario images. Just thought I give some advice as to save yourself some time. As for screenshots, I do have some recommendations how to achieve the highest quality possible screenshots and you may be able to utilize it rather easily. The page is not set in stone or anything. It's a WIP that needs more work done to it before it becomes official policy. User:Wildgoosespeeder/sandbox --Wildgoosespeeder (talk) (Stats - Contribs) 17:31, 16 April 2016 (EDT)

Ah, ok, sorry for the confusion. The reference to the Paper Mario gallery page was rather useful actually. It completely slipped my mind that that page existed, so thank you for reminding me. Most of the images I am uploading are placeholders and they will need replacing once I'm finished working on the general structure and can move on to detail work. Mostly I want all the table pictures to be uniform by the end. If at any time you notice an image that you have a replacement of superior quality for though, feel free to put that on the page in its stead. I'll give your page a read once I have a free moment. -

Judging from your screenshot submissions for revamping Paper Mario, it seems like you finished Chapter 5. I don't know where you are now. I also haven't seen any screenshots from you in about a week or so. Anyways, there is a glitch that can only happen during the events of Chapter 7. It's called the Herringway Glitch. There is one screenshot in particular that has been tagged for bad quality for years it seems (File:HerringwayGlitch.png). Judging from your screenshot submissions, you are using Glide64, correct? I'm not entirely sure if that graphics plug-in will render the debug text correctly. My screenshot guide links to a different graphics plug-in called angrylion. When I was playing through Paper Mario using angrylion, it rendered things correctly when I accidentally triggered the debug text through some emulator faults. To make a long story short, I have a request for you. Can you either give me the Paper Mario save file (PAPER MARIO.fla, unless you are using save states) or take a screenshot of the image that needs replacing? Just be sure to configure the graphics settings to that specified by TCRF.net. --Wildgoosespeeder (talk) (Stats - Contribs) 13:55, 6 May 2016 (EDT)