From the Super Mario Wiki, the Mario encyclopedia
< The 'Shroom:Issue 124
Jump to navigationJump to search

I am proud to announce that Lord Bowser (talk) will be Fun Stuff’s next Director.

My experiences with LB has been nothing but positive. Here on the ‘Shroom, his submissions are always on time and of excellent quality. Over at the Poll Committee, he’s one of our most active and valuable members. I am confident that these qualities will be reflected when LB takes the wheel starting next month.

By becoming both Poll Committee Chairperson and Fun Stuff Director, both effective this month, Lord Bowser is the third consecutive Director to have held both positions simultaneously, after Palkia47 (talk) and I. I’m reminded of the free time that I had during the peak of my productivity. While I unfortunately no longer have the luxury of available time anymore, trust me when I say leading both the Poll Committee and Fun Stuff is the best any member can want – such leadership is a creative user’s dream. Lord Bowser, I’m sure you’ll have a blast!

I am honored to have lead this section of the ‘Shroom for a year and a half. Retiring from ‘Shroom and Poll Committee leadership on a single day feels strange. Although I look forward to devoting more time to studying and know both teams will continue forward strongly, I will miss the various teams I have worked with for the last two years.

Find the Differences is absent this issue because Lord Bowser (talk) has been busy this month. Meta Knight (talk) will also be leaving Fun Stuff, concluding his popular and exceptionally drawn series of mazes. Thank you sincerely for continuously making them of such high quality!

That’s all I have to say. Amid new leadership, I enthusiastically look forward to seeing where this section heads to next.

Thank you all for voting Guess Who! Section of the Month over and over again. It’s a simple section, but all your support has kept me motivated to continuously write it for so long.

Congratulations also to FunkyK38 (talk), whose creative new section Where in the Marioverse is Carmen Sandiego? got Second Place for SOTM. I’m sure it’ll become a popular Fun Stuff staple! Nice job of course to Fun Stuff veterans Yoshi876 (talk) and LudwigVon (talk), who both got 5 votes. Keep up the great work!!


Hi! Welcome to Word Search. It is summertime, and the hot days are here. Therefore, it is time to find some Fire creatures from the Mario franchise. Good luck, and have fun!

Well, my friends, it has finally happened. No longer do I serve as the Wiki’s sheriff – instead, I have risen from the ashes like the noble Phoenix and become the 21st president of the United States, Chester Alan Arthur. But enough about that – did you know?


Hello everyone, and welcome to this month's maze! I have an announcement: I am resigning from this section. It's been fun making mazes, but I have had trouble finding the time to work on this section due to real life measures, and other factors as well. I'm glad to have worked on it for so long, but that's what's going on. That being said, this month we have a request from Lakituthequick (talk), who suggested to do a Basketball. I'm sure that you'll find a reason for it.

Thanks for having fun with all the mazes, and I wish you the best.

Written by: The Pyro Guy (talk)
This issue is all about the Mario stuff that was announced at E3 in June. It all looks great, so enjoy! 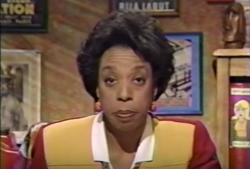 Go get that peachy pink palace back!

"Gumshoe, drop the donut, something terrible has happened! A thief has made off with Princess Peach's entire castle! And I don't mean the deed! The entire pink palace was plucked from the plains of the Mushroom Kingdom! Princess Peach and her subjects are beside themselves with grief. Who would do such a thing as to steal an entire castle? It isn't Bowser this time! We've tracked a lead to one of Carmen's henchmen, the Boo Bandit! It's up to you, gumshoe, to track him down and find out where he put the castle before it's too late! Start your search at the castle grounds, and good luck!"

Thank you sincerely for supporting Guess Who! over the years. 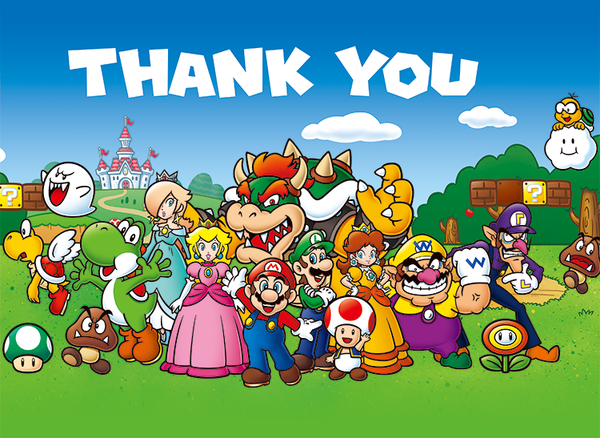 WHERE ARE THEIR SHADOWS?!! What is this paranormal business?

I’ll always be boggled to why you all love Guess Who so much. Of the 31 times I’ve written this article, you guys have voted it Section of the Month 26 times; it also won the inaugural Staff Section of the Month back in July 2015. To any prospective writers out there, I recommend that you snatch this position quick. For whatever reason, this article is a gold mine.

This issue, of course, will be my last Guess Who!. After more than 200 questions (a hundred of which came from this beauty), I’m going to retire the series to make time for other pursuits. Don’t think that I’ll be gone forever, though! I promise to return every so often to drop off a special section.

For a fitting finale, I’m going this month for multiple themes, organized by difficulty. I’m also going to increase my question count this month from 3 to 12. I hope you all enjoy the extra effort I put into making this month’s issue extra special. 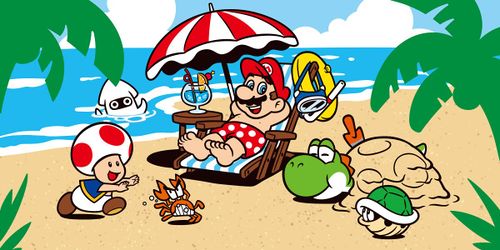 These questions will deal with characters that everyone – even Mario newcomers – should know. 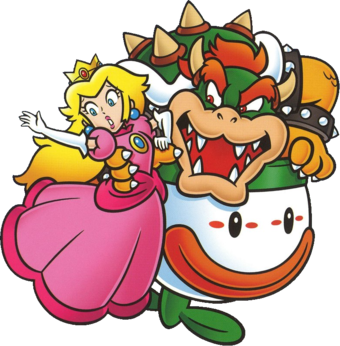 The Mario series has a diverse cast of bosses. How much about them do you know? 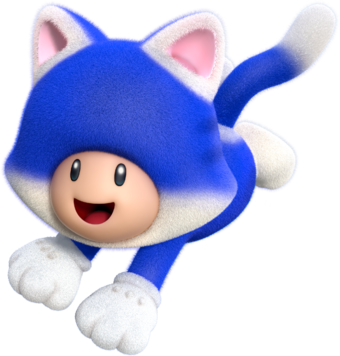 These characters never really got the full spotlight, so you’ll have to be a true Mario veteran to guess who they are! 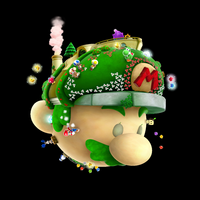 Howdy 'Shroom readers, and welcome to the Quiz! As you may have figured out from the name, this is a section where I quiz your Mario knowledge.

Sadly, Andymii (talk) is leaving us this issue. As this is the case, I thought this would be a great time to theme the quiz around him. So below, are a selection of questions themed around things Andymii likes, and a final question that will call back to his first days here.