From the Super Mario Wiki, the Mario encyclopedia
< The 'Shroom:Issue 124
Jump to navigationJump to search 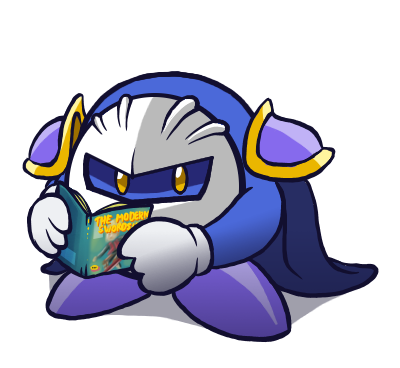 Greetings everyone welcome to this month's Strategy Wing. My apologies we're a little small this month, many of our writers have been very busy with personal matters and stuff. Thankfully Yoshi876 (talk) has his sections in so you should definitely check it out. I'm sure we'll be back full force next month but for now happy readings!

Looks like GBAToad (talk) and me won (thanks man). Thanks to everyone for voting, and thanks to those that wrote last month.

Yoshi876 races through some tracks and observes more parts!
[read more]
Another Pokémon is up for analysis courtesy of Yoshi876!
[read more]

Hello 'Shroom racers! And welcome to Mario Kart Wheel Tips Corner, here I plan to give you just some extra tips to help you with your racing, or just some changes in a track that might catch you off guard if you aren't prepared for them. Lights are out, let's start racing.

In my opinion, it's better on the road than in a burger.

You can't race if you don't have a Kart to do it in, so in this section I'll give you some facts about a Kart, Bike, ATV or even tyres and gliders that you can use hopefully for racing success.

In this edition of Kool Karts, we're going to be looking at a food that I don't like. Now don't worry, this hasn't turned into a cookery section, this time we're looking the Zucchini, from Mario Kart 7.

The Zucchini gives a speed boost, but other than all you get is stat reductions. It reduces the sea speed, air speed, acceleration, handling and mini-turbo stats. This makes the Zucchini a pretty bad choice, unless your other stats give big boosts to some of these stats. The Zucchini may be good for speed, but it's good for little else.

As you can see, a lot has changed

Retro tracks are now a huge portion of the Mario Kart games, typically amounting to half the courses in the game. But usually these courses change some things up, so in this section I'll help you find out "What's Changed" in the retro tracks.

Guess what? The graphics were updated and improved. And graphics is where we'll stay for a bit, as the usual updates weren't the changes. Spectators have now been added onto the boat, and the colour of the water has changed to reflect the setting sun, and the colour of the arrow signs have been changed from brown and blue instead of cream and red.

Other changes include the addition of mud to the cave portion, the course map being rotated, and the dash panel's properties being changed. It now functions like the Barrel Cannons, meaning that even if you're small you can cross it with no issues. It also means you only move in a straight line, and cannot cut any corners.

The other change is perhaps the biggest. In the N64 original, if you went off road, creatures would throw stones at you, and you'd spin out. Now, the jungle has been moved back, and if you go off road, the only hazard is going slower.

This issue I bring you a shortcut from Dolphin Shoals.

This is a fairly easy shortcut, but we're still going to examine it. As you near the final corner, you'll notice a little opening. Use a Mushroom to boost through it, and you skip the final corners.

It's a flame Pokémon, if only to hammer home the point that it's not a dragon.

Hello everyone, it's me, Yoshi876 again with a new edition of Pokédex Power, the section written by the person who hates the ability Sturdy with every fibre of his body, unless his own Pokémon have it, in which it's the best thing ever. However, despite my mention of Sturdy, we're not going to be looking at a Pokémon that has it, instead we're looking at the final evolution of one of the original starter Pokémon: Charizard.

As it's Summer, I knew that I needed to look at a Fire type Pokémon, and as last month was Wario-themed, sort of, I decided this should be the month to do it with. Also, the last time we looked at a Kanto Pokémon, was when Meta Knight was doing this section, and he chose a Pokémon for an Alolan version, so I thought I'd look at a Kanto Pokémon with a Mega Evolution.

In all honesty, I'm not Charizard's biggest fan. I like its design, but I just never find myself picking it in the games when I have the chance, and I didn't really enjoy its appearance in the anime. It was nice to have a little story arc of Charizard disobeying Ash, but it dragged on for so long, and it should have wrapped up in the first series, as opposed to the second. And to address the elephant in the room, yes, Charizard should have been a Dragon type Pokémon, and it's annoying that we had to wait for a Mega Evolution to get that.

Just in case it escaped your imagination, Charizard breathes fire. And this Pokédex certainly hammers that point home, as it doesn't mention anything else noteworthy, apart from in Yellow, which we will get onto in a bit. As this is a first generation, obviously it's expected to mention some parts about its fire, but given Charizard's wings, it would have been nice to have gotten some flying facts about it. Also, why is it known to cause forest fires unintentionally? Is it a bit reckless? Do trainers often underestimate its power when fighting in forests? In the anime, Charizard is shown to be quite aggressive, it's hard to believe that it causes these unintentionally. Moving onto Yellow, it mentions Charizard's tail colour, and it seems an interesting point, and I feel it is something that should have been mentioned more in the anime. And finally, Stadium, which probably has the best representation of Charizard's power. Melting boulders is certainly something, but melting a 10,000 tonne glacier is something else. Yes, ice melts when exposed to fire, but to quickly get rid of 10,000 tonnes is no mean feat, and it certainly shows off Charizard's amazing power.

Facts aplenty with Generation II, and I love it. Fire stays a central theme in a lot of Pokédex entries, with them all mentioning it. Gold and Stadium 2 have the same entry, and although it's interesting, it would have been nice to have seen this in the anime, as Charizard was fairly grumpy, and I assume at times furious, and yet its flame stayed the same colour. I'm not a massive fan of Silver's entry to be honest. The almost anything sounds cool, but the previous generation entries do a better job in my view, it's more impressive to have a specific example, than a blanket statement. Also, with its final point, fire is hot. I would hope it dealt terrible pain to its enemies, otherwise it'd be a weak fire, and Charizard would be a useless Pokémon. Crystal fulfils my wishes, and includes a fact about its flight, although it's one of the most generic and Captain Obvious statements I've seen from a Pokédex entry. At least the fire fact it tagged on at the end is interesting, and believable. It would have been nice if they had something like this in the games though, a move's power increasing the more it's used.

I love the entries for Ruby, Sapphire and Emerald. It feels like they paid attention to the anime, and made a Pokédex entry that revolves around that. When Charizard wasn't listening to Ash, the only times it would fight an opponent, was when it thought that the Pokémon would be a strong one, like with Magmar and Poliwrath. However, when faced with a weaker Pokémon, like Sparky, a Pikachu, it wasn't having any of it, and refused to fight. FireRed and LeafGreen aren't as impressive. LeafGreen is a better written version of its original entries, but at least FireRed does a better job at explaining Charizard's flight than Silver did. Although, the statement at the end is pretty obvious.

HeartGold and SoulSilver don't add anything new to the mix, but the other games in Generation IV do, if only a little. Diamond, Pearl, and Platinum all share the same entry, and it reflects the experience from the games, with Charizard, as it can be assumed that it fights better following these fights. Other than that, however, we don't really learn anything new about Charizard, although it can be asked is there anything else worth knowing?

Generation V just jumps on Generation IV's bandwagon, and copies its reasonably interesting Pokédex entries, and doesn't add anything else new to the mix.

Just by glancing over, Generation VI doesn't add anything, but if you read it closely it does. Although it copies previous Pokédex entries, in OmegaRuby, and AlphaSapphire it says its flames can melt anything, as opposed to almost anything. So it seems throughout the years, Charizard has slowly gotten stronger.

Charizard's Pokédex has pretty much exhausted what it can from the Pokémon, with the fire and flight being its main things. However, it could explore habitats for the Pokémon, as well as maybe what Charizard is like when meeting other members of its species. What might also be nice, is to put Charizard into the modern setting, and explain what it's use is to humans, like many other entries do. With breath that can melt anything, I'm sure there are some practical uses for the almost dragon Pokémon.