Not that I don't believe you or that I doubt you or anything, but do you think you could find a source for this? I know that BiS has been out for 4 years now and I haven't seen any ads for it since the few months that the game was advertized. I mean, you could easily have mistaken it for a Dream Team ad, since that would make more sense. Baby Mario Bloops (talk)

I'll show you a source as soon as I can (no scanner on vacation), but I am positive that it was BiS, because the magazine in question was published years ago.

Here ya go. See, on the top right? 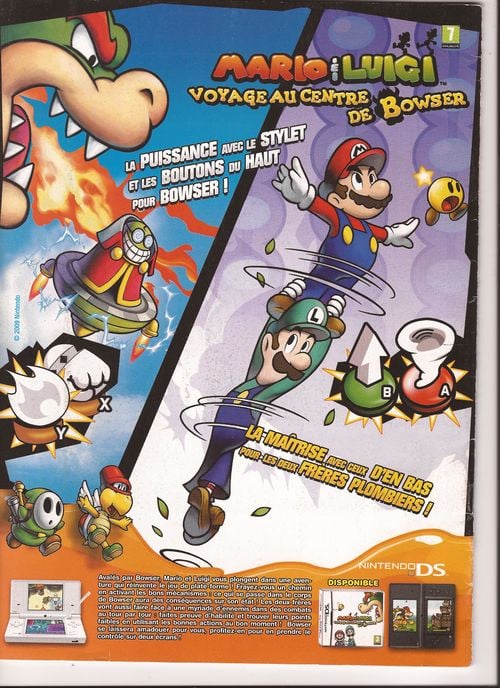 There are plenty of other scripts, Dream Team, Dark Moon, so I don't see why not. Yoshi876 (talk)

The cause for the Blobs disease HAS been said to be Blorb Mushrooms, but there has been no evidence LATER in the game to prove that it was a weird out mushroom. So...is the cause unknown...? If so, where can this be put on the page? --Michael (talk) 07:00, 14 May 2015 (EDT)

I just added SPD-Up on list of status effects, but I couldn't find any images on that particular effect could someone upload an image to add.

It's not possible to see them normally, though, as Mario and Luigi can't encounter them. This is already mentioned on the Choomba page.

19:08, 8 November 2016 (EST)
That's was planned to be in the game but they ended up removing it, Bowser is the only one that can fight those enemies, there is no way to access the Tunnel as the bros.