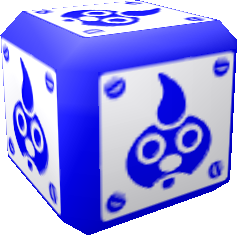 Company logo as seen on a nozzle box

Gadd Science, Incorporated, also referred to as Gadd Industries,[1] is the company owned and operated by Professor Elvin Gadd. It is mentioned by FLUDD in the beginning of Super Mario Sunshine. Besides E. Gadd, the only individuals known to work here are his five Toad assistants that appear in Luigi's Mansion: Dark Moon. The E. Gadd's Garage board in Mario Party 6 seems to serve as a storage for the countless creations made by E. Gadd. Gadd Science, Incorporated also operates a beverage shop in the Beanbean Kingdom named the Starbeans Cafe. A Beanish citizen operates the establishment, and in Mario & Luigi: Superstar Saga, Mario and Luigi assist in making bean juice for the shop.

The inventions created by Gadd Science, Incorporated throughout the Mario franchise are shown below.