Could you got theae artworks??

If you do, send me a message,please and thanks.

OK.Now I understand it very well. But Can I upload this image?? I got it from Nintendo's site.

OK.But,I don't understand one thing. Can I crop Rosalina's artwork from it,but with higher resolution?

I will try to crop. What program do you think is useful to it?

OK. so, we don't need to delete them?? but if no artwork eqwual them be revealed?

Igot official versions of the artworks on Nintendo's site unused data What do you think about they?

This user posted a link to an unknown website on their talk and is the second user today to do this. The first was blocked. I was wondering if you could block this account. I also have proof that this is a spambot; users who also post external links on their talk and have first and last name combinations attack my wiki and make weight loss articles every day.

Lots of people are faster swimmers than you. :D

Thanks! May you please check and verify in Ashley anEoTselkie's uploads that no more images have been cropped from existing scenery? A lot of these look legit, but I'm not that familiar with Peach artwork as I am with Mario artwork. :P

Well, that one should be fine since the picture is better quality compared to the boxart we have, so...

Hi YoshiKong. Ashley (forget the full username but you know who I'm talking about, I'm sure) has been uploading images of characters ripped from Mario Party: Island Tour group art, editing parts, and adding them to galleries. They messaged you about it, and seem to think you gave them the OK, but it does not appear like that to me. It seemed more like you were advising them not to. I would just like to hear from you whether or not these are allowed on the wiki, because from what I know from past experiences of doing this myself, they aren't. Thanks. -Skittles

That's what I figured. Even if the cropped out art was allowed, there is no way editing it would be. Thanks for the reply and clarification. -Skittles

Since the respective talk page proposal is settled, can I move the disambiguation page to make way for the moving of the character's page itself? Lord Grammaticus (talk) 06:29, 5 January 2014 (EST)

Um, could you get the one red link I left on SSBM? This Nook has a limit when it comes to scrolling down text entry boxes, and for me it stops just before the unlock criteria for events (where the red link is). Thank you. Lord Grammaticus (talk) 08:31, 5 January 2014 (EST)

Why the hell would I want to be friends with you?! Yoshi876 (talk)

U Win This Time YoshiKong But Next Time I Will Bee Victorious. Yoshi876 (talk)

I can safely say 877 for me, the other drinks not so certain. As for YK you'll have to ask the person he went home with. Yoshi876 (talk)

Please block him. He is probably a sockpuppet and will start vandalizing right off the bat. KP (talk · edits)

And so another year begins...

Chickasaurus used forum talk on the aforementioned talk page. It's not improving or upload-related, so tell the user to stop forum talk.
The preceding unsigned comment was added by Unshy Guy (talk).

Is it a good idea to remove image revisions from an upload war? This, for instance, has a huge upload history since there is an upload war that leads ultimately to nowhere. Unlike other edit war, this one doesn't look good on a file page, and it probably stresses loading time, but I'm not sure about that.

I was looking at Brandondorf9999 (talk) contributions since that user has gotten into so many upload wars, so I guess it's a start...?

Thanks for removing those revisions. Gosh, I hate upload wars.

Some of these upload wars are over black bars on the image. Little, tiny black bars. Like, those little things on the top and bottom on the page that can be easily cropped out if you plan to use it personally. Reminds me of wikipedia's pointless edit wars. ;P

Yeah, it makes sense that you can't remove the latest revision; after all, that would be deleting the image, right?

I have an image of the SM3DW OST, that showns Rosalina, Peach, Luigi, Mario and Toad in cat form, and a green sprixie.The image itself is official, but the background is fan made. What should I do?

Can I upload that??

Oops, sorry if I did some trouble...This wasn't my idea.

I have an image of the SM3DW OST, that showns Rosalina, Peach, Luigi, Mario and Toad in cat form, and a green sprixie.The image itself is official, but the background is fan made. What should I do?

I was trying to feature Princess Peach. I know that the nomination needs 5 supports and 0 opposes. But the only oppose is of an user that is never online and then, can't remove his oppose .So the nomination can happen, and the oppose be ignored or not?

This explains how your name somehow got on that talk page, though I can only guess at why that was. Lord Grammaticus (talk) 09:36, 19 January 2014 (EST)

What are you waiting for? Block the following!

Don't listen to him. He just the IP Address of The Chain Chomp. Block his IP Address until his block is over.

Impossible, only MDP vandalize. Chain Chomp, you just made that story right?

Wait until official confirmation of the MK8 course names?

Why can`t the names from the Sunshine Airport be added? The description of the unnamed tracks fit perfectly with the names from the Billboards. Wouldn't it make sense that the names would relate to the other tracks? Sweet Sweet Canyon has to be A sweet themed course, decorated with references to Princess Daisy and Princess Peach, as well as living gingerbread men and gingerbread Toads. Likewise with Thwomp Ruins, Toad Toy Store, Cloudtop Cruise and Bone Dry Dunes. Dolphin Shoots, and Shy Guy Falls could be left out because we haven`t seen any video footage of either of them.

I tried creating a navigation template but I failed so delete it. I'm not an admin yet, so I need to learn how. Please tell Steve, bureaucrats and sysops that I had an accident.

I kniw a glitch, but i don't know how to describe this. Could you do that for me? Here is link: http://m.youtube.com/watch?v=0j6g3FoCpVw

As always you helped me, thanks :)

I'm waiting for a response.

As much as I try to avoid speaking for others, I'm fairly sure YoshiKong doesn't have enough of a care to give, especially not when he can still give out blocks as an autopatrolled user. Lord Grammaticus (talk) 15:53, 5 February 2014 (EST)

From where you got character's artwork??

Do you play Minecraft?

To celebrate my anniversary, I'll give you a present.

Take great care of it.

And can you fix this. The templates are going wrong in this section, thanks:

What Do you think

What do you think of game Over screens? 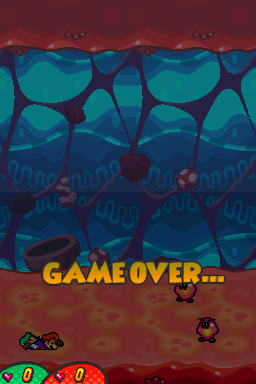 Want a gift here Also can you upload this in a Higher quality.

I need some assistance. I accidentally uploaded a duplicate file. How do I delete it? --

NOT BEING ADMIN ANYMORE IS A BAD DECISION, THIS WIKI IS NOW AT THE MERCY OF MARSHALL DAN POOP!!!!!!!!!!

It's sad to hear that you are no longer a sysop. I would guess that it would have been a lot of work, and you obviously thought long and hard before making the decision to stop. Hopefully you can still help me.

When I read the Super Mario Land manual (on my 3DS XL) I found out that when you play in the original resolution it adds a Game Boy template around it. Where should this info go? Here's an image I posted to Miiverse to explain what I'm talking about: https://d3esbfg30x759i.cloudfront.net/ss/zlCfzRjf-OQ_JF-BJ_

That sounds good. Thanks for helping me.

Your version looks pretty much good, more like what appears in the game, however the basement stairs looks pretty useless. The little far Misc room (or whatever it name was) is good. The cropped Bowser's hallway looks pretty awful, however. Also Sticking to as much original as possible, the background color should come (because of the ugly outline of the sprite). The little transparent of mine is surely lousy and looks unprofessional. I'm suggesting something like yours but with better Bowser's hallway and original background.

You used to be admin, but not anymore, so you can't block me, sucker!

What's this? You've started feeding me, so that deserves THIS!

Warning Removed by the NSA

That's okay mate. I don't give a rats arse about this place anymore anyway :')

Have fun with whatever you get out of this. Kisses xx

My last edit before I get disconnected due to going to school; I wish you could unblock 173.71.0.0/16 because I had to use a proxy to do this

is it fine for normal users to take down obviously bogus warnings user:Baby Luigi

Psh Yoshi Kong its me Fawfulsmile123 i was orignally walushyguy but i forgot my password ok now the help i need is why can't i write in my profile can you help me out yoshi kong For the sake of one of your friendsFawfulsmile123 (talk) 11:55, 26 March 2014 (EDT) 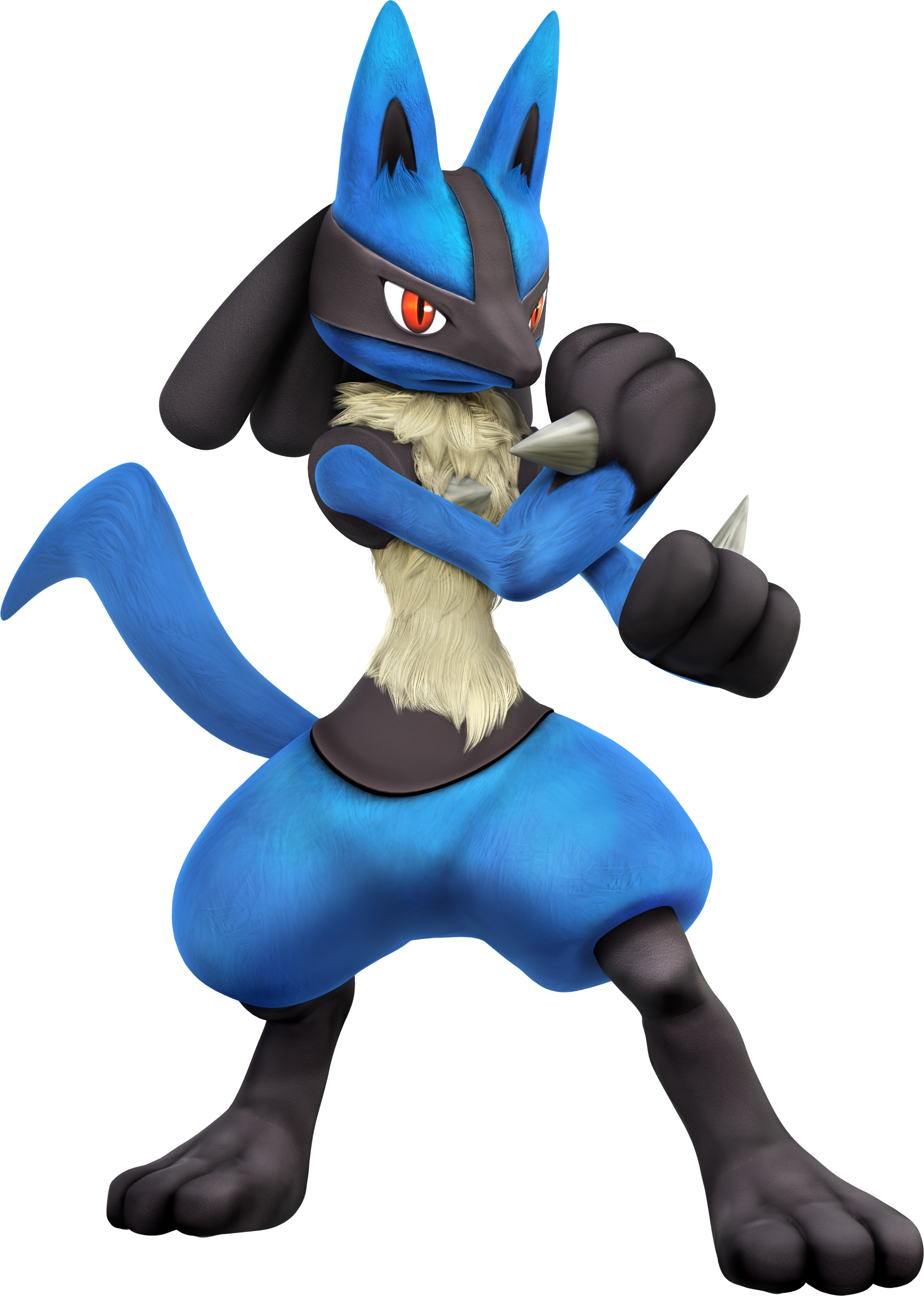 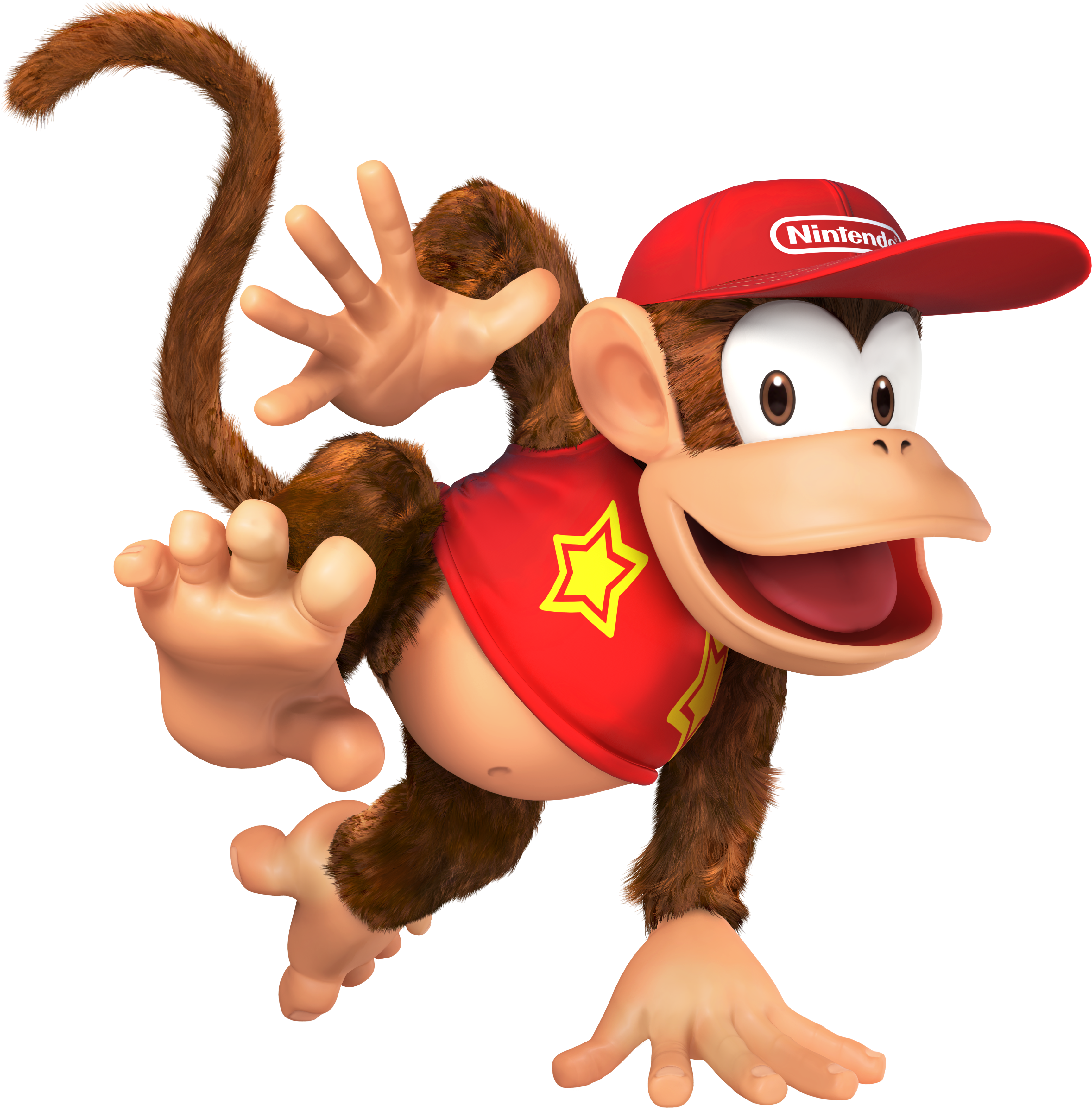