How d'ya know accounts can be sockpuppets?

do ya? YOSHIKONG?
The preceding unsigned comment was added by ShupaMalleoBrudas (talk).

You can tell because they usually act like childish dickheads with no dick, kinda like the guy above me. Hope this helps

Won't be back until a long time... Iggy Koopa is fun and ALWAYS fun.

I just had a little question. When should the "construction" template be used? Because I've added it to the Reissue article since this article is far from being finished. I just want to know if adding this template means you're personnally working on it (in this particular case, I am not working on it, since I'm inactive on the whole).
Banon (talk · edits) 21:44, 4 August 2014 (EDT)

Hi YoshiKong! I was just wondering where you got this Koopalings Airship Artwork from. It's quite a nice piece of artwork, so I was just curious on what the source was. 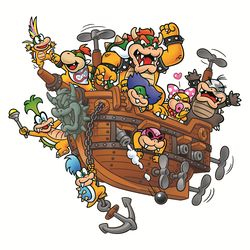 But if we become friends i need help with teh userboxes.

Uh, YoshiKong is retired, sorry for the inconvenience. ~~ Boo4761

I had a question. I have all 5120x5120 artworks (excluding Mii Fighters) of the characters. All are shadowless, so I was wondering if I could add some shadowless versions and (most likely) replace some. Thanks!!!MamaWario YoshiKong has been inactive for over a year.

Hey, I saw that you uploaded high quality images of other characters on the Mario Power Tennis page and was wondering if you could upload one for Yoshi if it's not too much trouble.