From the Super Mario Wiki, the Mario encyclopedia
< The 'Shroom:Issue XXVII
Jump to navigationJump to search

Come get your free money!

Multiple changes have been made to our staff: 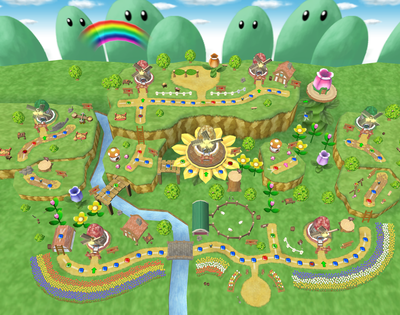 The Dutch countryside is a beautiful place with lots of things to do. There are sheep and beautiful flowers. Oh, and windmills. Lots and lots of windmills. You can check it all out in Windmillville. Come tiptoe through the tulips with our special vacation package. It's $395 airfare for a four-person round-trip, and $99 a night for four people at one of seven wonderful hotels!

DARK BOO HAS NOT GIVEN US HIS SECTION FOR THIS MONTH. ONE MORE TIME AND HE WILL BE FIRED!

Soulja Toad has a new hit single: "'Shroom That". It's about the hardships in the life of an average Toad.

The Match Game was a huge success! In the future, we will play the game live on #mw-shroom.

Ralphfan: Thanks, everyone for coming out to our premiere episode here at the Sam's Tailor Shop Auditorium; a great crowd on here tonight, we've even got fans standing in the aisle!

Ralphfan: Let me explain how this game works. The participants are gonna get a sentence with a blank on it or a question. They will then have to answer the question or fill in the blank. Every time a contestant's answer is "matched" by a judge, they get a point. Whoever gets the most points wins the fabulous prize-

Ralphfan: So, let's meet our judges! We have me, Hyper Guy, Luigifreak, Tucayo, and St00by in our center square as we mix our game show metaphors.

Ralphfan: I'm proud to announce that we have a lot of eccentric season ticket-holders, so let's meet our favorite charcters. He brings out the questions, it's Sparky the Pig!

Ralphfan: Sparky wants to make it clear that he doesn't have swine flu and that you can't get it from being near pigs. Next we have Sparky's backup, plus one of my favorite friends, his name is Larryhorse!

Ralphfan: Thanks, Larry, and I must say, your grilling skills are terrific; I simply love your tri-tip. Next up, everyone's favorite demented redneck, it's Joe Nolan, come on out here, Joe!

Ralphfan: All right, Joe. Next, one of our most dedicated fans, he comes out to here in San Diego every week all the way from Montreal for this, it's Pierre!

Ralphfan: Thanks, Baby, and if I'm not mistaken, the Woodrow Wilson Cheerleaders are here tonight, are you here, girls?

Ralphfan: Okay, then, let's get down to it. It's time to meet our contestants. Our first contestant is Yoshi Boo 118! How's it going?

Ralphfan: Next, it's our alternate, who will win the fabulous prize-

Ralphfan: Actually, it is sort of fabulous. It's a lifetime supply of juice, and it was recommended by our alternate, who never agreed to play but he never disagreed either; he does still talk to me even though he retired; he'll win the prize in the event of a tie for doing absolutely nothing; it's DOM!

Ralphfan: All right then. Now here's our second contestant, it's Pink Boozooka!

Pink Boozooka: I'm doing fine; I'll be even happier if I win!

Recently, some pirates have been active in the Indian Ocean. The U.S. Navy has responded by saying they are in the process of developing a gun that can shoot accurately from a mile away. Lots of pirates got scared when they heard this, but BLANK is quaking with fear.

Ralphfan: Ding when you have your answers, judges.

Ralphfan: Well, I got Cortez!

Ralphfan: Interesting answer and Hyper Guy, you had?

Hyper Guy: I got Jonathan Jones.

Ralphfan: I just wanted to mention that Tanokki and Paper Jorge said they would be able to participate, but they didn't. It absolutely broke our hearts, Larry was crying!

Ralphfan: Come on, Sparky, you can eat later.

Ralphfan: Don't cop that attitude with me!

Tucayo: Larry's not eating, he can do it.

The economy continues to fall. This isn't just on Earth, it's happening in the Marioverse, too. People are so cash-strapped, they can't even afford BLANK.

Ralphfan: Okay, guys, what've you got?

Yoshi Boo 118: I was thinking a little out-of-the-box; I said Dried Shrooms.

Tucayo: I said a sig.

Ralphfan: Well, that matches me! That deserves a dun-dun!

Ralphfan: So, Pink Boozooka is down 2-0 and he needs the next two to tie. We go to Luigifreak, who said people can't afford...

Luigifreak: Along the lines of health insurance, I said Life Shrooms.

Ralphfan: Great answer; however, it doesn't do Pink Boozooka any good; Yoshi Boo 118 will win, but the over-under was 2.5, so we need to know what St00by said:

Ralphfan: Well, you get to match me for the bonus round, but I have to warn you, the bonus prize really isn't fabulous. It's a lifetime supply of the parasols, you know, the little umbrellas you put in your juice. Just fill it in; Free BLANK.

Ralphfan: We'll have to ask a higher power about this one; I said free juice. Larry, is it a match?

Ralphfan: Well, yes, I see your thinking, Larry, it shouldn't be; juice is a drink-Sparky, calm down!

Ralphfan: This is why Larry does these jobs.

Ralphfan: Well, folks, that's all the time we have, so make your way out the west exit for free juice. Goodnight, everyone!

on being healthy. Wario was too fat to be a character, so he has been replaced by Sonic The Hedgehog. One minigame features Dr. Crygor inventing a machine that could eliminate all fatty products, but he gets stuck in it and turns into a skeleton Dr. Crygor, complete with a new gray helmet.

Yoshi dying if you touch him. How you are supposed to play it, nobody knows.

FLICKY HAS NOT GIVEN US HIS SECTION FOR THIS MONTH. ONE MORE TIME AND HE WILL BE FIRED! 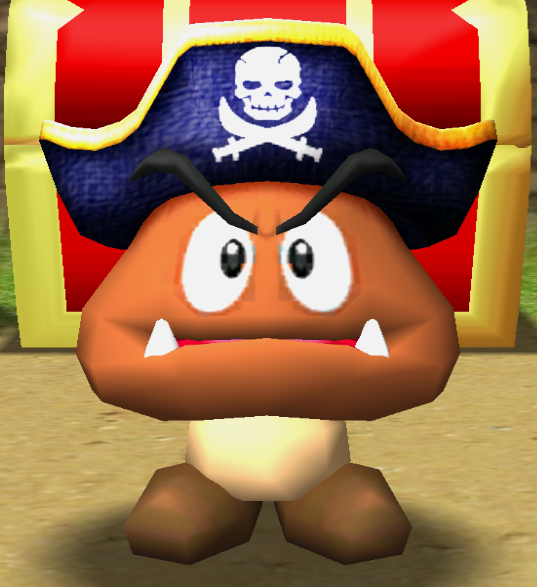 Pirate Goomba passed on on June 8th. He was killed by Cortez. Pirate Goombaa decided not to comment.

Today, Tayce T. will show us how to make a Big Cookie!

NO POLL YET. ST00BY IS THE DIRECTOR, SO WE ARE CUTTING HIM SOME SLACK. 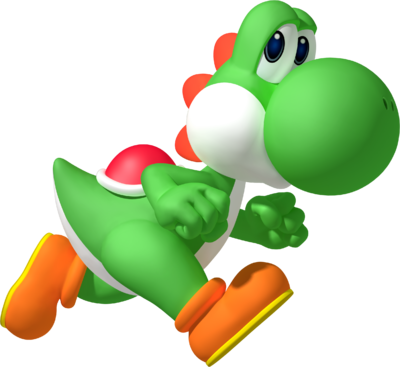 Ralphfan: I know you are with Birdo, but I hear Petey has a thing for her.

Yoshi: You were saying?

Hello gobbly goobers! I'm Koopster 64! Although this is unofficial, I'll write this for that idiot Flicky! Anyway, this is the weather.

Monday: It's going to be sunny! It'll be like Isle Delfino out here!

Tuesday: It's going to be slightly cloudy. Hey, has anyone noticed the clouds are watching us?

Wednsday: It's even more cloudy. And the clouds are STILL watching us. I'm starting to think this is a conspiracy.

Thursday: It's majorly cloudy, don't go outside, as the ever so watching clouds is capable of mind control.... and stuff.

Friday: It'll be snowy. The snow will unusually be going up. Those are really the souls of the lives the clouds has taken over.

Saturday: The clouds will begin getting tired of their mind control regime and start a heavy rain! Stay inside, and avoid flash floods!

Sunday: The clouds will become the overlords of the planet and they'll award us with a bright sunshine!

FLICKY HAS NOT GIVEN US HIS SECTION FOR THIS MONTH. ONE MORE TIME AND HE WILL BE FIRED!