by Gamefreak75 (talk) This is a sentence. Why are you reading this?

Congrats to Freakworld (talk) and Marshal Dan Troop (talk), who now write for both the Guess that Game and Guess Who Section!

Also, congratulations for General bob-omb (talk) for winning section of the month for his Hiding Koopa section.

Join me next month for some great stuff.

Hey, I just found out this is my 100th Fun Stuff section! Enjoy it.


By Freakworld (talk) Rules: You'll get 5 Hints on a character, which should be used to guess the answer. This character can be from any part of the Mario, Wario and Donkey Kong Universe. If you scroll down you'll see a little Spoiler box, hiding the answer.

Good evening (or whatever it is where you are) fellow non-followers of that crappy Call of Duty stuff! Super Mario Land 2 is twenty years old this month, believe it or not. And I highly doubt whether any other 'Shroom writer will write something to honor the great handheld marvel that introduced Wario. I hope I'm wrong, but by the time you are reading this, you will know. Enjoy Six Golden Questions to honor 6 Golden Coins.

By Freakworld (talk) Rules: Same as above, but now it's about games.

I hope you had a spook-tastic time with the last word search! Here’s the answers to those of you who couldn’t find the time in your trick-or-treating schedule. 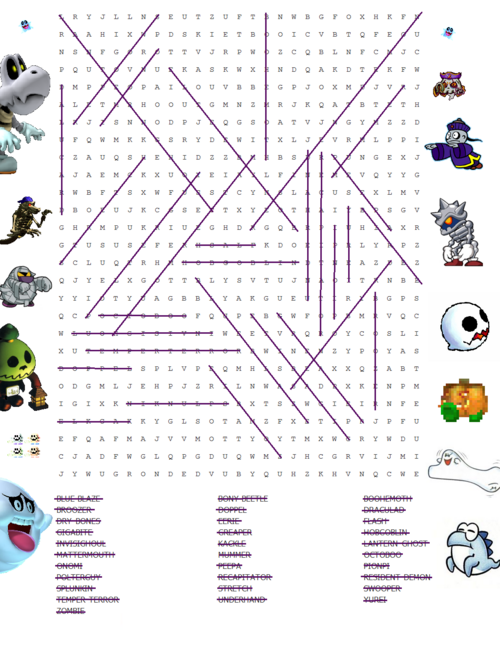 This Word Search is made up of fifteen random articles because I was too lazy to think of a theme. Next month’s word search will be themed, however. 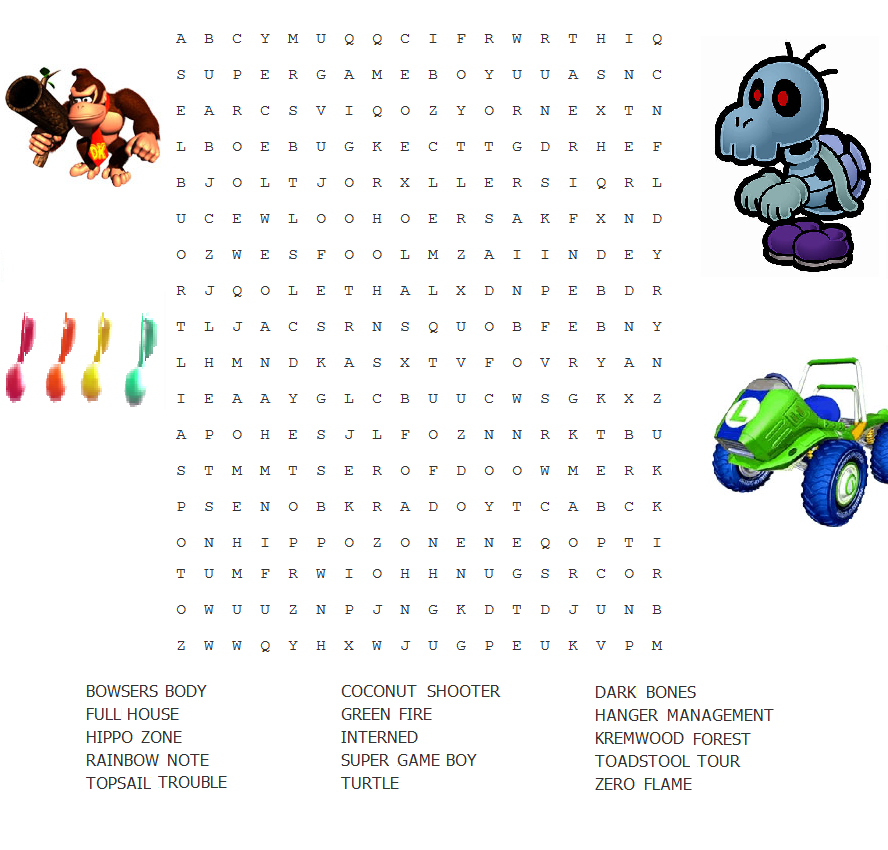 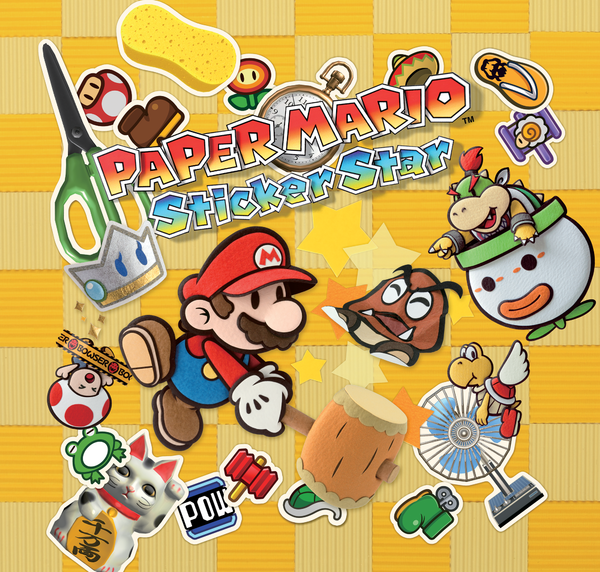 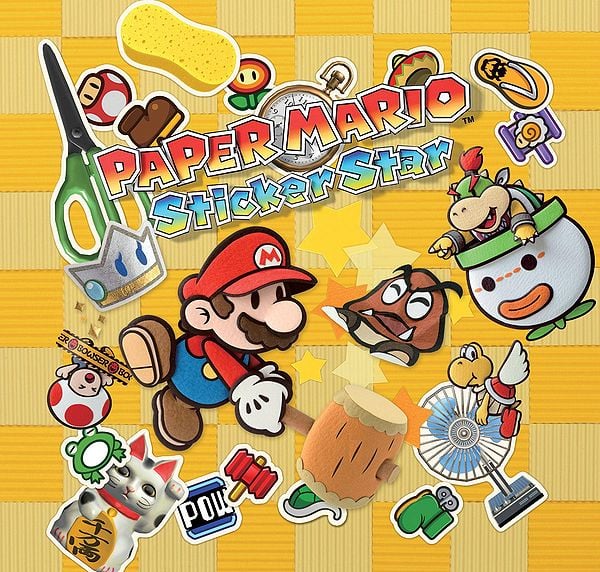 By General bob-omb (talk)
Mario is finally of on his papery adventure! and for some reason there are stickers everywhere! On the walls, on the floors, on enemies, behind bushes. Uh-oh, looks like one got stuck to that Koopa, better go peel it off... (and no, it's not the Para-Troopa) 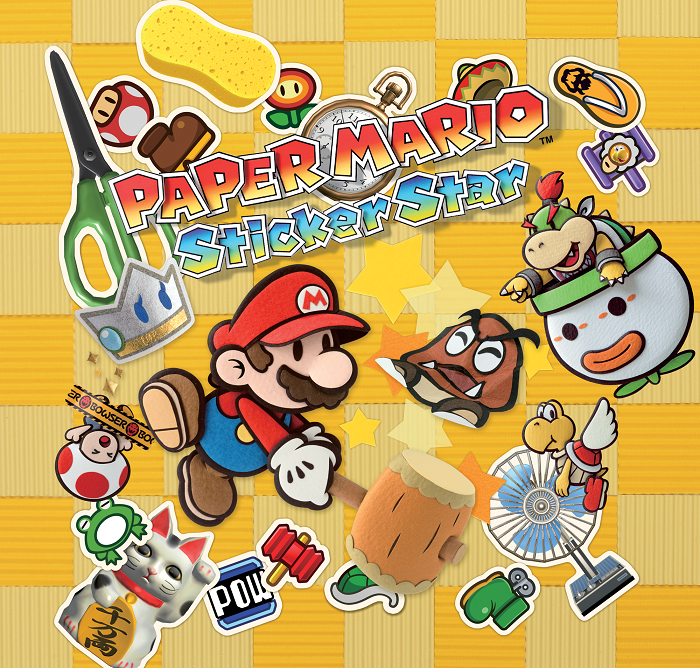