Oh wow, look at that awesome artwork that Edofenrir (talk) made for Issue L! This is a picture taken of how the planning for this Special Issue went for about the past month. No, seriously, it was crazy and hectic (but extremely fun) to get the issue out this month. Anyway, on to what I need to tell you all. This month, I have a lot of news to share.

I will start off with the Feedback Survey: it has started! This survey was produced with piles of effort and time from the Core Staff poured into it, because we feel that our users should get the best that we can serve. So please help us to improve the quality of the paper and take the survey! We will assess the results next month after the release of Issue LI, so we should start implementing whatever changes need to made starting then. A link has also been added to the {{Shroomfooter}}, so you do not necessarily need to go back to the Front Page every single time you want to view the article about it. If you need assistance with something on the survey, be sure to check in with Ralphfan (talk), who is in charge of this particular project.

To bring an update on the status of our pending affiliates, I must announce that Stooben Rooben (talk) is the new Affiliates Manager! From now on, he has the duty of representing the interests of the Core Staff to those projects and websites that are interested in affiliating with us. So if you feel you want to suggest some affiliations for The 'Shroom, he is the man to contact. He has already started carrying out the functions of his position by contacting the sites that we are considering for affiliation, so I am certain he will continue his great job.

The Section of the Month project has begun! Congratulations to Gamefreak75 (talk) for being the first writer to ever have their section receive the award, as well as Marioguy1 (talk) and MrConcreteDonkey (talk) for getting Honorable Mentions. It was a tough choice for the staff to choose between the three, quite honestly. But yes, for those who did not get this award: do not be discouraged! Now that this process has started, it will continue for every single issue from this point on. You will have many chances to achieve this.

Also, we have a new project that has come along for the paper: The 'Shroom Spotlight! The purpose of the project is to help increase user productivity on articles that cover the games in the Mario-series. This project will run independently from the monthly release schedule that the newspaper follows and will be managed by Xzelion (talk) (who pretty much fathered the concept behind the project), although there will be a monthly section in the paper that covers month-to-month updates on the Spotlight that Xzelion will also be in charge of writing. So if you have any questions about this, contact him!

As you can probably tell by now, the chat party that was in the planning stages as of last month ended up being cancelled. However, do not worry: in lieu of this chat party, the Core Staff is planning on investing time into a debate for the Poll Chairperson Election (information on the election itself can be found below). The date and time of this event is not exactly known as of now, but an update will be brought to you next month on the topic.

Some news on the 'Shroom Mafia II game: it will begin during the first week of June. This is so that Stooben's game will be able to run its course a bit longer, and so that a little extra time can go into planning our game. Tucayo (talk) is in charge of the game and also has taken up the responsibility of writing a section about the game. So if you want to sign up, be sure to head on over to the forum and make a post clearly stating that you are interested!

Another superb update to be brought forth: the Awards Committee has agreed to include ten 'Shroom Awards in this year's ceremony! It was after a lot of talking and bringing up suggestions that the idea was approved, and I am certain that this expansion will be in the best interests of both The 'Shroom and the Awards Show. So when the time comes next month: be sure to vote on all of the awards! This change will only remain for 'Shroom Awards III (which takes place in the 2012 Anniversary) if the additions prove to be beneficial!

Coming up next month is the Poll Chairperson Election! For those of you who were around last year during the first Chairperson election, you will probably remember how this process goes. For those who were not around, the Poll Committee is the group of users that decides which polls go on the Main Page every two weeks. The members of the Committee are selected by the Poll Committee Chairperson, who is elected by the users of the wiki in an annual election. The first election happened in June last year, and so it will have been a year when June of this year rolls around. The current Chairperson (who just so happens to be me) will have the option of running again. Although I have already determined whether or not I will run for a second term, I will not announce my decision until the Issue LI comes out (which also happens to be when the election starts).

Anyway, back to the topic of this issue. I am highly, highly impressed by everybody that helped make Issue L what it is, and I thank everybody that contributed to the project. An extreme amount of thanks and appreciation to the Core Staff, for putting in a painstaking amount of time, work, and effort into making sure everything got done and for helping me in what I needed to do. I thank the writers, for sending in their well-prepared and awesome sections this month. A special thanks to the Special Guest Writers, for taking the time to produce high-quality, significant sections for the issue. And a high amount of thanks to the readers, for who the entire newspaper is for. I feel that this is the best issue of The 'Shroom of all time, thanks to all of the participants.

The next issue will be released on June 18th, 2011. Be sure to come back and read Issue LI, which will contain updates on topics which will have updates in store, as well as some of the other various projects and events listed above. 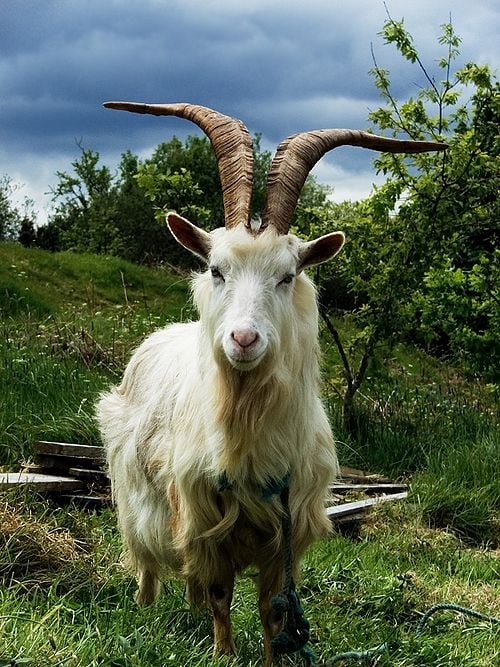