From the Super Mario Wiki, the Mario encyclopedia
< The 'Shroom:Issue 121
Jump to navigationJump to search

Happy Easter! Once again, we have ten whole sections in Fun Stuff, making it one of the largest sections in 'Shroom right now. Immense thanks to all my writers for being so enthusiastic :)

Not much has happened this month, but as other staff members have already said, Issue 123 is planned to be a Wario themed issue. Wario was introduced in 1992 in the game Super Mario Land 2: 6 Golden Coins as a simple antagonist, but since then, he has gained his own personality, received his own series, and become a major Nintendo character. 2017 is his 25th anniversary, so we will be honoring him in our June 2017 Summer Special. More information will be released later.

Thanks for voting Guess Who! Section of the Month yet again!! Additionally, congratulations to Marshal Dan Troop (talk), who got 8 votes for Trivia, and Lord Bowser (talk) and Yoshi876 (talk), who got 6 votes each for Find the Differences and Quiz, respectively. Keep up the great work!


Hi! Welcome to Word Search. This month, you’ll have to find Piranha Plants. Good luck, and have fun!

Hello! PowerKamek is here! This crossword is based on food-based Paper Mario items (Mushrooms not included). You can use this page for reference. Enjoy!

Damn that Andymii – how dare he defeat me and win Section of the Month. AM I NOT GOOD ENOUGH FOR YOU ALL? DO YOU NOT APPERCIATE MY LABORS? WHEN DOES SHOEY GET HIS TURN? Anyways, did you know –


Hello everyone, and welcome to this month's maze! Last month, I announced that I would be taking requests. Our first request is from none other than... than... huh. Well, there wasn't a request. So I decided to just pick one myself. Since it's spring, there are a lot of fresh clouds out and blue skies. So I made a maze on a Cloud Flower for you. Have a maze you'd like me to do? Send me a message on my talk page or message me on the forums, and you could be mentioned in next month's edition!


Super Mario Sunshine, folks. Some people love it, some people hate it. But what everyone loves is Picross, so let's do that instead.

Greetings, 'Shroom readers. This is Lord Bowser here with a new edition of Find the Differences for you today!

Today, I'll be using the artwork used on the box of Super Mario Land, at the suggestion of Palkia47 (talk). Here is the original image... 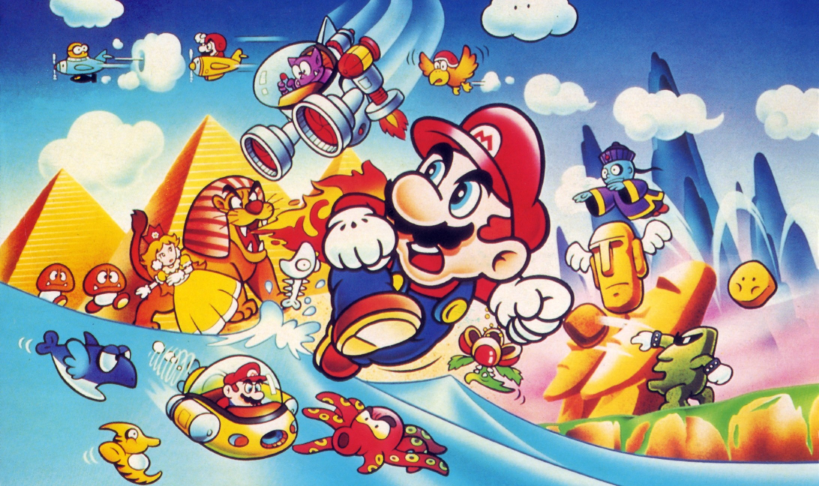 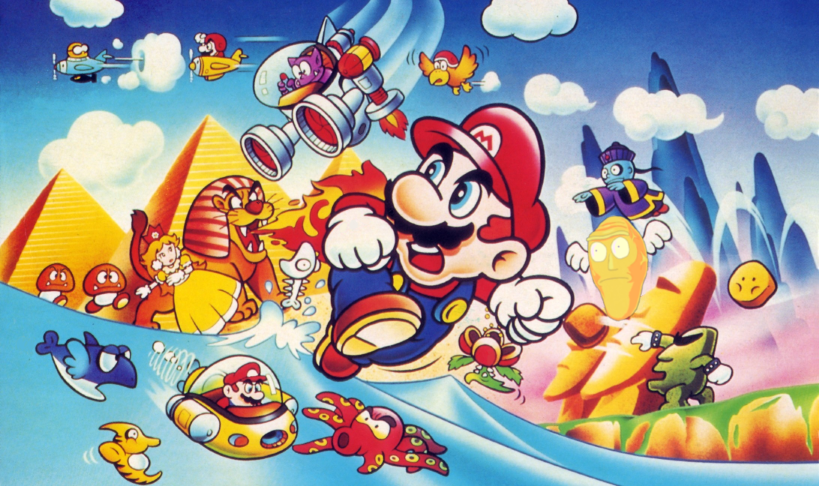 Good luck finding all 12 differences! Answers are below, but no cheating allowed! Thanks for playing, and I hope to see you around for next month's edition!

This 'Shroom section is dedicated to people who like jumping off cliffs while picking their nose, playing the ukulele, and singling 'Old MacDonald had a farm'

Hello everybody and welcome to...

I noticed that the last section I made was extremely boring (compared to other sections), so I tried to make this one as interesting as I can. Also, last time I did three clues per round, but now I am going back to four clues.

By the way, did anybody see the bonus round of Guess That Game! in Andymii's Guess Who? Section?

Round 1 Difficulty level: as easy as jumping off a cliff

Round 2 Difficulty level: as easy as jumping off a cliff while picking your nose

Round 3 Difficulty level: as easy as jumping off a cliff while picking your nose and playing the ukulele

Round 4 Difficulty level: as easy as jumping off a cliff while picking your nose, playing the ukulele and singling "Old MacDonald had a farm"

Don't cheat! Cheaters will be dealt with by Bowser. Bowser isn't a nice fellow. He will hurt you. Instead of cheating, vote my section for SOTM (at the bottom of this page)!

Have a fun idea for a theme? Suggest it here! 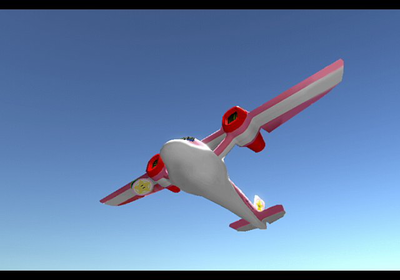 If Mario has his own private jet, why doesn’t he use it more often? That’s probably a faster way to get to Bowser, don’t you think?

Sometimes I struggle to think of theme ideas; as such, I oftentimes turn to current events. Speaking of which, airplanes are in the news right now… so why not capitalize on the attention?

I think we stand united on the fact that aviation would make a good theme, so today, we’ll focus on Mario’s sky-high friends and foes. As always, I’ve split this month’s Guess Who into multiple levels, and have included an answer key. Get ready to start guessing – it won't be a drag!

How did you do? Regardless, thanks for playing this month's Guess Who. Please join me again in May, and please enjoy the spring weather!


Howdy 'Shroom readers, and welcome to the Quiz! As you may have figured out from the name, this is a section where I quiz your Mario knowledge. Now, what happens if you don't have any Mario knowledge? You won't win the prize. And what's the prize? The gift of air, like what they sell in China. I've been meaning to do a general sports quiz for a while, but other things kept popping up. This time, nothing has popped up, so get your sports gear on, and let's get playing – I mean quizzing.