From the Super Mario Wiki, the Mario encyclopedia
< The 'Shroom:Issue 110
Jump to navigationJump to search

My goodness, its been a busy month. From piano competitions to finals and more, I've barely finished Fun Stuff this time around, ha. At least summer's just around the corner.

Crossword and Picross are absent due to Viper26 (talk) resigning. Additionally, due to time constraints, Silly Stories is absent. Don't worry; it'll be back by next month!

Congrats to Meta Knight (talk); his maze was eye-catching and fun as always. Thank you to everyone else who contributed as well! 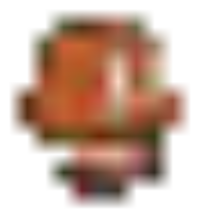 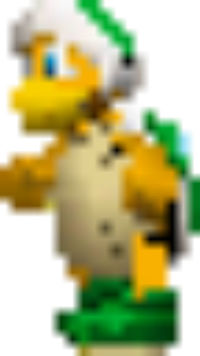 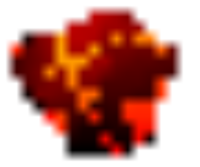 Behold, the graphics of the NEW Super Mario Bros!

You know, for a character who started from just running left to right on a 2D plane, Mario has diverted to a ridiculous amount of genres that range from sports, kart racing, space exploring, and dance off-ing. Most excitingly of all, Mario has jumped to the third dimension. Alas, akin to New Coke, people are always nostalgic for the original, so Nintendo has recently been releasing the "New Super Mario Bros." games for people to play the way Mario was originally intended.

Other than vast graphical improvements and a gimmick here and there, not that much has changed. One thing that has changed, however, is the abundance of characters; countless enemies/allies/frenemies have been introduced in the 2D Mario games since 2006 alone. They've gradually become staples, so why not check them out?

Bonus: Who's the Boss?

Well, how did you do? Regardless, thank you for playing Guess Who, and please check back next month more questions!


Welcome to Quiz, a place where I... quiz you, on Mario stuff. Now, due to the recent influx of the Mario sports games onto the Virtual Console, I have decided to base this quiz off of those sporting titles, excluding the Mario Kart series. Happy guessing!


United we stand! Divided we fall! At least that's the buzz that's been going around lately. With Captain America: Civil War, our fans have been going crazy to see their favorite heroes clash against each other. One question that has been going around to people is to choose a side between Team Cap or Team Iron Man. Well, this month, I decided to something a little different. I decided to give you guys both, so you get to do a maze on Captain America and Iron Man.

The large, tie-wearing ape first appeared along side Mario in the arcades, and has since spawned his own series, often alongside his buddy, Diddy Kong. I've got two puzzles prepared for the series, and I hope you enjoy it!

Join me next time, where I actually create puzzles for our website's namesake; Mario!