This article is about an upcoming series of films. Editors must cite sources for all contributions to this article. Edits that do not follow this standard will be reverted without notice.

Logo of the Nintendo Cinematic Universe.

The Nintendo Cinematic Universe is an upcoming cinema franchise produced by Sony Pictures in cooperation with Nintendo. The line is part of Tatsumi Kimishima’s effort to improve the Nintendo brand’s visibility in other media[1].

Phase One will center around the origin stories of several heroes and their head-hunting by a mysterious paramilitary organization only known as the Super Multiversal Anti-Scelerat Hyper-Brotherhood Project (SMASH).

This article is about an upcoming movie. Editors must cite sources for all contributions to this article. Edits that do not follow this standard will be reverted without notice.

Mario is an upcoming live-action feature film produced by Sony Pictures in partnership with Nintendo. It is part of the Nintendo Cinematic Universe.

In the past, the legendary warrior Mario, along with his resentful brother Luigi, has protected the Mushroom Kingdom from the vicious assaults of their enemies, chief among them the Turtle Tribe. However, an incident causes Mario to fall out of favor with Princess Peach, the kingdom's ruler. He is banished from the kingdom and sent down a pipe, which transports him to a city called Brooklyn in a strange world. Mario finds that he can no longer use his Mushroom Kingdom power-ups in this world, leaving him as a normal human. While getting accustomed to his new surroundings, Mario makes friends with a young archeologist named Daisy and her small team. However, back in the Mushroom Kingdom, Luigi, still jealous of his brother, sets in motion a plan to take over the Mushroom Kingdom while also seeking to destroy Mario once and for all.[1]

Casting information so far has been sparse, in a deliberate effort to make the film’s marketing campaign more secretive and staggered to replicate "the feel of videogame hype", in contrast to the comparative openness of film production. However, it’s been hinted that there are talks to have John Leguizamo make a cameo[2].

Producer Avi Arad saw videogame adaptations as the future of Hollywood, and wanted to "set the standards" for all videogame movies to come. Strong from the success of Pac-Man and the Ghostly Adventures, Arad negotiated a Metal Gear movie deal with Konami. Although almost successful, the talks fell through immediately after he told Metal Gear creator Hideo Kojima that the Metal Gear Solid film would not be stand-alone, but a rather a "launching point” for a continuing "Metal Gear cinematic universe", featuring other films such as a “Revolver Ocelot spinoff” and an "Otacon origin story". After this setback, Arad sought Nintendo as a movie partner, describing them as far more accommodating in the goal of creating a cinematic universe[3].

Director Jon Favreau stated that he has a long and fond history with the Mario series, looking back on his experience with a defective Donkey Kong Country 2 cartridge[4].

"I first noticed how the label was tarnished in a couple of ways but I didn't think this would become relevant. Later on when I turned on the game, the music became more and more distorted as I played. I was slowly realising that the tarnished label meant something more, something grander. It was at this moment I realised that horror and dark elements could be implemented into a Mario movie."

The director emphasized that the film will "explore the darker aspects of the rich Mario mythos, but without comprising the brand’s sense of accessibility and fun"[5]. 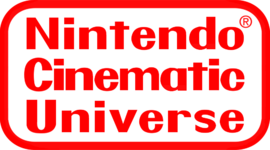