Hello my loyal subjects. Not a lot’s happened this week except for me going on a well-deserved vacation. Anyways, the winner of this month’s section of the month is my loyal General General Bob-omb with 27 votes. Second place was Freakworld’s Guess that game section with 15 votes and in third place was my Guess that character section with 12 votes. That’s about it for this memo from your glorious leader, so happy reading (or else).

Since this is a year of my best character.. I decided to have some little questions about Luigi and his games!.. GO LUIGI GOOO!

Hello every one and welcome into Mind Bogglers. The New Luigi's Mansion arrived, but we can't forget the last one, and the hard job of getting the money. But here we are: Find all the treasure around Luigi. 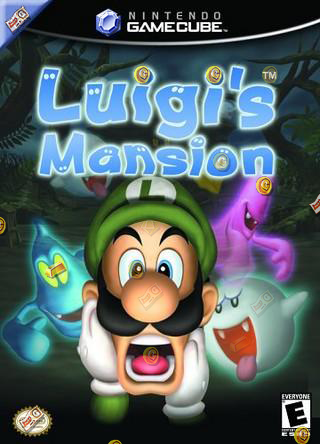 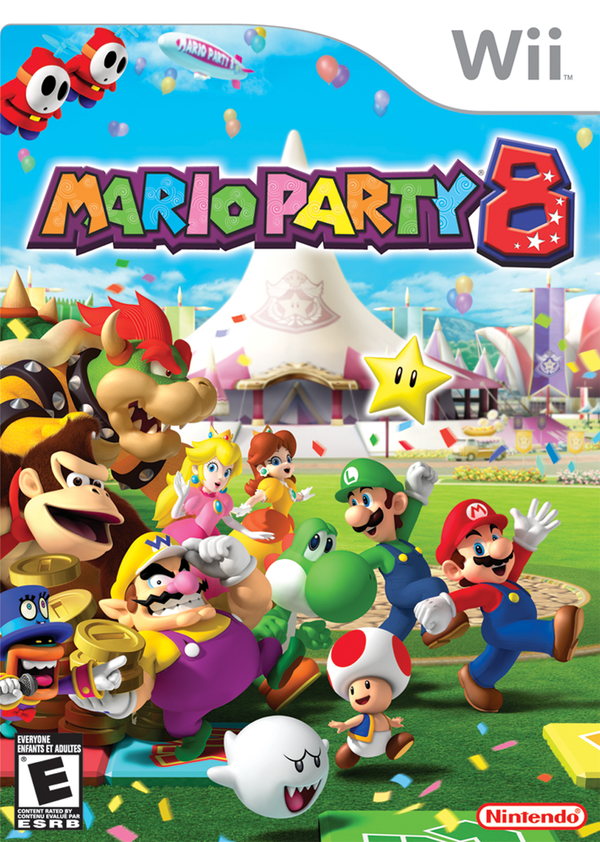 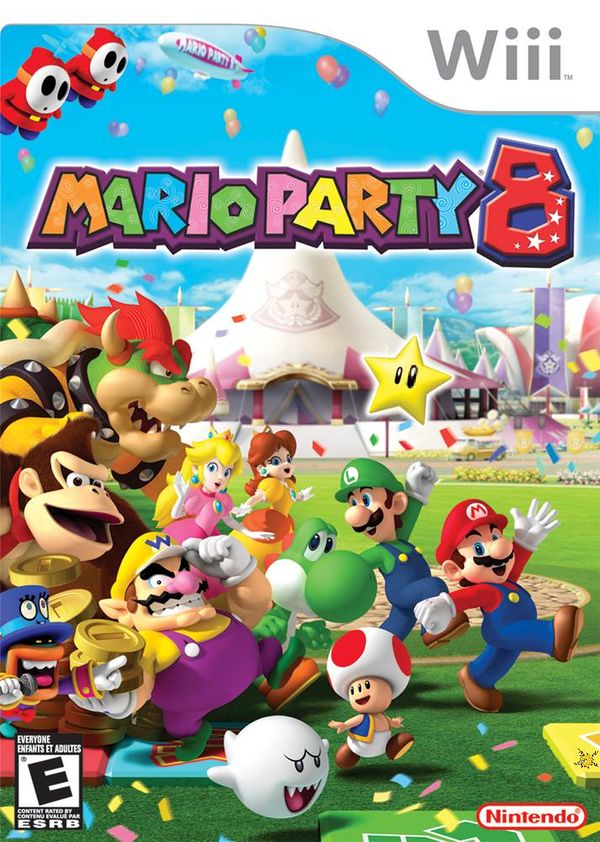 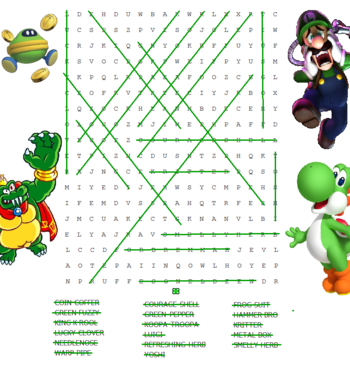 I hope you guys had a great Easter. This word search has no theme as its just fifteen random articles I managed to land on. They’re like easter eggs, you know. They’re an enigma. You never know what you’re going to get inside an easter egg, just like you never know what you’re going to get by clicking Random Article. Maybe you’ll get the tastiest chocolate you’ve ever had, or maybe you’ll find something that looks like it was chocolate at one point in time. Anyways, have fun searching. 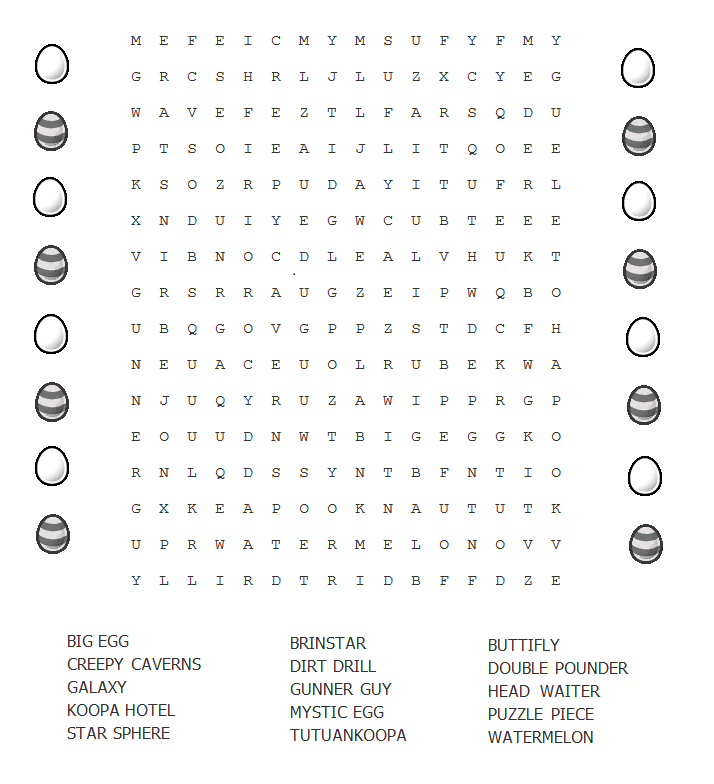 Hello, readers, and welcome to the April Issue of Fun Stuff!! This is your resident arsonist, Paper Yoshi, with another crossword for you to solve!

Starting this month, each crossword will have a randomly chosen theme. This month's theme is Nintendo 3DS, so don't waste your time and go solve the crossword! 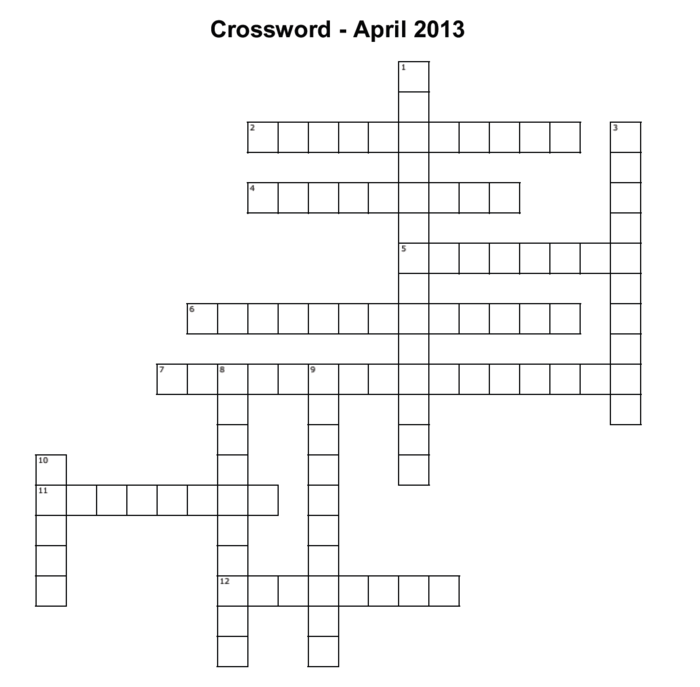 Oh, no... he's back. I thought I got rid of him in January. *sigh* At least Wario's got microgames with him this time. Speaking of microgames... try finding that Koopa. 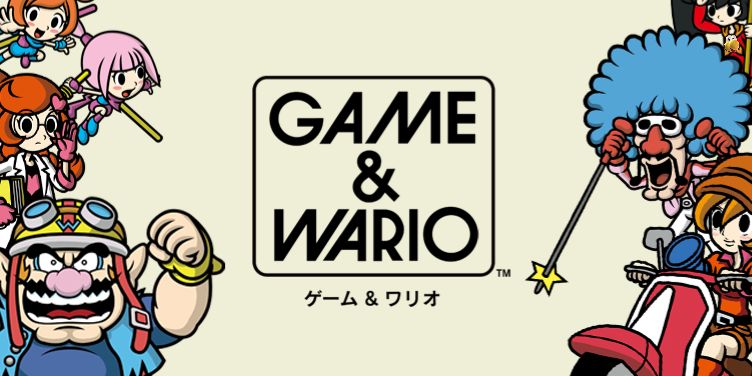 HI, I'm your eloquent Co-director, Tucayo, with another installment of Mystery Images! This time, the images are game covers.