The 'Shroom:Issue 150/Fans in Unusual Places

The story of the Mario Universe community on QuizUp

Remember QuizUp? The trivia app burst onto the scene in the mid-2010s, but seemingly disappeared as quickly as it arrived. It still exists to this day, but after the collapse of Plain Vanilla and various unpopular changes made to the app, much of its original user base has disappeared. Well, except for a few.

As you may or may not know, QuizUp is structured by various quiz topics, from general-knowledge type subjects like ‘Name That Logo’ to more specific areas of expertise such as ‘Pixar Movies’. Each topic has about 200 questions, but it’s not really the quizzing aspect of the app that this article will focus on. Instead, I’ll focus on the fact that each topic allows you to make posts and comment on those posts within its page - sort of like Reddit’s ‘subreddit’ system. Because it’s through here where an unexpected community started to develop, a community I am very happy to have been a part of. 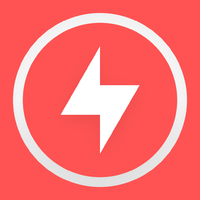 When QuizUp was in its heyday, there were actually several large communities of enthusiastic trivia buffs building up on the various topics. Among those were the Mario Universe topic, where a group of Mario enthusiasts would congregate regularly, initially just to challenge and compete against one another for the coveted top position on the leaderboard, like everywhere else.

At some point, someone must have invented the ‘elimination’, in which a picture of various characters was posted on the page, and users would comment which character they most wanted to eliminate. Whichever character got the most votes was eliminated, and this continued until one character won. Soon, this became frequent fare over at Mario Universe, with either Luigi or Yoshi often winning, and it was a sign of an interesting change of pace from the trivia aspects of QuizUp. However, the community still didn’t really feel like a defined group of individuals yet. In my opinion, the key event that started everything happened shortly after my arrival on QuizUp in early 2016.

A user known as ‘Blooper’ was a frequent poster on both the Mario Universe topic and that of Total Drama, an animated Survivor-parody television series. Users on the Total Drama topic had invented a game parallel to the style of their own series; they would ‘sign up’ as characters from the series, complete challenges (often in the form of ‘make a collage of your character and post it’, or similar), vote each other out, and compete to win. Blooper decided to bring the game over to the Mario Universe topic, using Mario characters, and it was an immediate success.

Quickly, more and more users began to host and participate in these ‘TDs’, as they became known (short for Total Drama). Everyone hosted one at some point - I myself think I did about five. And through this, a community started to develop. More users began to arrive, and soon we all more or less knew each other. The only problem seemed to be: TDs were getting a little bit boring. Even those with added twists seemed to be getting predictable and uninteresting.

Eventually, we realised what was needed: more types of competitions! I cannot remember what the first non-TD competition was, but fairly soon they, like TDs, were set to take off. Competitions ranged from those based on other TV shows - like the Amazing Race, Big Brother, etc. - to entirely new competitions whose names will probably mean nothing to you, like Platform Peril, or Last Number Standing, but usually with some connection to Mario or at least Nintendo. We all hosted; we all competed; we all enjoyed. 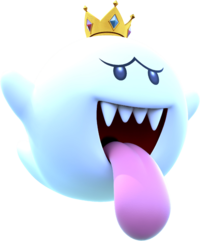 This image served as my profile picture on the app.

Soon, the Mario Universe community began to feel less like a messageboard tacked onto a trivia app, and more of a fully-fledged forum, full of people united by a love for Mario. As well as the ever-abundant competitions, we had discussions about our opinions on various Mario games/characters/kart courses/whatever else you can think of. For almost all of 2017, I wrote a daily column about various topics of interest, both Mario-related and not. There were darker moments, yes, but there were also brighter moments, running jokes, entertaining discussions, memorable competitions. It was a fun time.

Unfortunately, while the Mario Universe topic may have been prospering, QuizUp wqs dying. Plain Vanilla (the company that made QuizUp) collapsed. Interface changes were brought in. Ads and bots began to clog the pipes. And soon this had an effect even on our tight-knit group. People moved off the app - I myself am not nearly as involved as I used to be. But the Mario Universe community is still going. Although there are noticeably fewer people nowadays, it thrives. (I should note - it’s no longer about the quizzes. I haven’t played a QuizUp quiz for maybe about two and a half years.) Everyone knows each other, and competitions are still a regular feature. And while other communities on the app do still exist, I’ve yet to see one as developed and close as the Mario Universe community.

Ignore the second sentence; it doesn’t really work in context.

This story is a weird but great example of a game series managed to unite a large group of people - even in the perhaps one of the most unexpected places. Nobody but the people on it really know that we’re there - or, at least, they didn’t until I wrote this article about it. In case you’ve ever wondered why I’ve never really been active on the Super Mario Wiki or the Super Mario Boards, it’s because I’ve been on QuizUp. And while I don’t have the time to regularly post there any more, I always enjoy returning there, because it reminds me of what an amazing community it was, and still is.

I don’t have room to list all the members of the MU community here (and I’d probably end up forgetting some) but they all played a part in making it one of the better parts of the internet. To those people I have to say: Thank you.