From the Super Mario Wiki, the Mario encyclopedia
< The 'Shroom:Issue 143
Jump to navigationJump to search 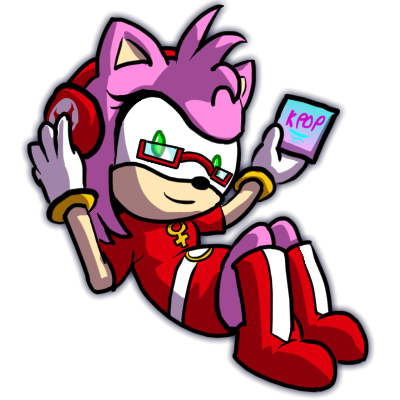 Hello, Dear Shroom' Readers! I hope you all have had an awesome February so far. I'm here to take over for Roserade this month.

There are some awesome sections that should be definitely worth trying out this month! If you're in the mood for unscrambling some words why not try your hand at Anagrams. It has a fitting theme of being about the latest Smash Fighter to join the Shroom' roster, Piranha Plant. That sounds like a pretty cool theme. Or take a look at some of the puzzle games like exploring through an adorable Smiley Flower to get to the end and try and do some Koopa hunting game. Why not try a brain teaser game to try and find Carmen Sandiego. There's just so much fun to be had here!

Give a big welcome back to Chester Alan Arthur (talk)! He's back to write a section full of cool facts for our enjoyment. Giving us some awesome trivial facts about an assortment of things to know about Mario. You may learn a thing or two from his section.

Congratulations to FunkyK38 (talk) with doing an awesome job on setting up the perfect crime scene. Yoshi876 (talk) with a stunning array of questions from his quizzes that will be missed. LudwigVon (talk) with his clever game of hiding and seek. Well done to everyone who has done a great job in representing Fun Stuff. Thank you all so much for your votes. Please keep them coming! All of these sections are worthy of being chosen as SOTM, but it's up to you to choose!

Hello everyone, and welcome to the February edition of anagrams! Firstly, I'd like to welcome Raregold and MsRetroGeek as the new director and sub-director- I'm sure you'll both do a brilliant job and look forward to you managing the 'Shroom this year. Secondly, of course, this month's theme is going to be Piranha Plants, seeing as one's recently joined the roster of Super Smash Bros. Ultimate- I don't think anyone saw that coming, I certainly didn't! Don't forget, if you have any suggestions for next month's theme or funny Mario-related anagrams that you've found that I could potentially work into a future issue, send me a message on my talk page or PM me on the forums, I'd love to hear from you. That's all I've got to say for now, so I'll leaf you with these anagrams (And no more terrible puns, I promise)!

Welcome back to another wholesome It's aMAZEing!

Keeping somewhat up with the monthly themes, February and this weekend are designated to Valentine's day. Legend has it that this usually involves hearts and flowers and the like, so we're going for a Smiley Flower from the Yoshi's Island series today! 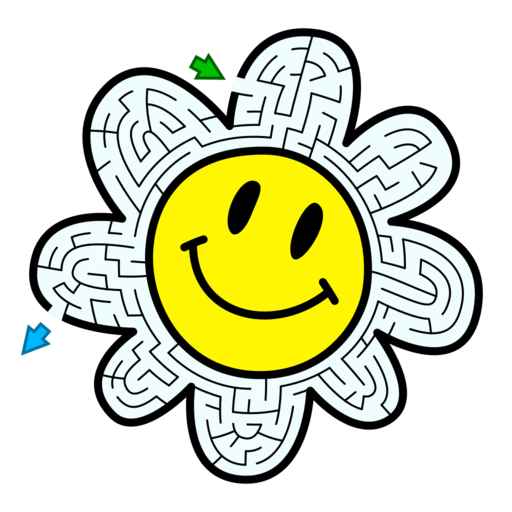 Ready for another Koopa hunt? Hello everyone, and I'm here again with Hiding Koopas! If this is the first time you play this game, I will explain the goal of the game, which is simple by the way. There are five Koopa Troopas hidden in the picture below, and you must find them all. Sounds easy? Prove me that you are able to find them all!

For this month's artwork, you may be aware that I love RPGs in general, but one that caught my attention recently was the Nintendo Switch game Xenoblade Chronicles 2 from Monolith Soft. This game is fantastic! There are so many memorable characters, a splendid world to discover, a DLC prequel that really worth it, and Mòrag... Mòrag, the Flamebringer! She's the best character in the game in my opinion. She's even better than my Ludwig von Koopa, really. If you like RPGs, please, give this game a chance.

So, you understand now that this month's artwork will be from Xenoblade Chronicles 2. Now, find me those cute little Koopas!

Did you manage to find them? Thanks for playing, and come back next month! 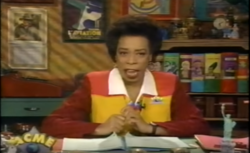 Mining for precious medals!
"We've got an international incident this time for you, gumshoe! Carmen's goons have made off with the Olympic Medals, and not even Sonic at full speed could stop them! The olympics date back to ancient Rome, and the medals have been an important tradition to the athletes and spectators. Medals are now lavishly designed with symbols to represent the specific set of Olympic Games they were awarded at, and you can't have the Olympics without the medals! We've tracked the heist to one Gritty Goomba. Get after him and get those medals back to Mario and Sonic!"

Rejoice, 'Shroom readers, for the tyrant known as Meta Knight with that dastardly Blocky have been removed from power! We can now welcome in the new administration of Raregold and Geeky, and with that I have returned to writing the section that I was put on this Earth to write. Enough about destinies and power struggles, did you know?