Ahem, anyway, welcome to another edition of Fun Stuff! We're a bit smaller this time around, though I understand as I'm sure a lot of our writers are pretty busy this time, myself included. Unfortunately, these staff notes will be my only appearance this issue, as school has drained all of my available time and energy to write. We still have a great selection of games for you all to play, however, so sit tight and enjoy!

Additionally, I'd like to welcome BBQ Turtle (talk) onto our team! She'll be joining us with a new section; Anagrams! It's a pretty tricky and fun game, and I hope you enjoy its debut!

Reminder that next issue is our holiday issue for the year! Join up in the festivities with nice themed sections! We'll be sure to have a blast next issue, so do your best! Until then, I hope you enjoy this month's edition of Fun Stuff.

Before I go, though, I've been hearing some rumors about... a 'Shroom murder game?! I don't know what exactly this pertains, but mark my words, there will be absolutely NO MURDERS under my watch! Anyone who murders will be forced to sit in the corner, so don't do it! That is all.

Funky takes the win again for Issue 127 in a very impressive streak! Congratulations to Yoshi876 for snagging second place, and to our new writers LTQ and Camwood for having a great debut month as well!

Hello and welcome to the first ever edition of Anagrams! This new (And hopefully recurring) section is based on the classic word game, where you have to rearrange a word or phrase to create another one using the same letters. As this month's issue is 2D game themed, I've made a set of New Super Mario Bros. U based anagrams (I know that strictly speaking it's 2.5D, but I'm not really familiar with any of the older 2D games, so let's just round that number down). I hope you enjoy these new puzzles!

Thank you for reading!

Hi-ho, hi-ho, something something we go! ...I don't quite remember all that song, but I do know I'm Cam here, with another duo of Picross puzzles for you! This was actually written way in advance for this issue... Well, how in advance? Why, about 3 or so days before issue 127 even aired! Though, it was submitted much later (thanks procrastination). I wanted to be efficient once I knew I got the part of making these puzzles for The 'Shroom, and I figured, if I knew what puzzles I wanted to make for the issue, why not just sit down and make 'em now?

This will be our last issue for a "fall" or "autumn" related season of the year. So, I decided to dedicate one of our puzzles to this notion; I won't say what it is since that'll obviously spoil what the puzzle is. But that's not all. Oh, did you think I forgot about this issue's special just 'cause I'm new? I think not! For Issue 128 and our celebration of the 8-est of bits, I figured I'd dedicate at least one puzzle to the very thing it celebrates, or at least of something closely related to it. Similarly to what I did last time for the 20x20 puzzle, I made a whopping 25x15 puzzle for you to solve this time!

...Oh! And note that if you see any contradictions between the answer/the numbers, please tell me via the Wiki talk or by the Mario Boards PMs, and I'll get to fixing that. This time I had a few on Puzzle A, and nearly missed out on fixing them, and they were quite glaring.

As will be standard, here's the rules of how to play, taken from the last issue. If you want to know how to play, simply take any program you can edit images with (MS paint is... more than an option), or even print it out if you're so inclined, and you can shade in the symbols. As for the rules...

This issue is themed after the 2D games, so let's visit a timeless classic: a Goomba as they appeared in Super Mario Bros.! 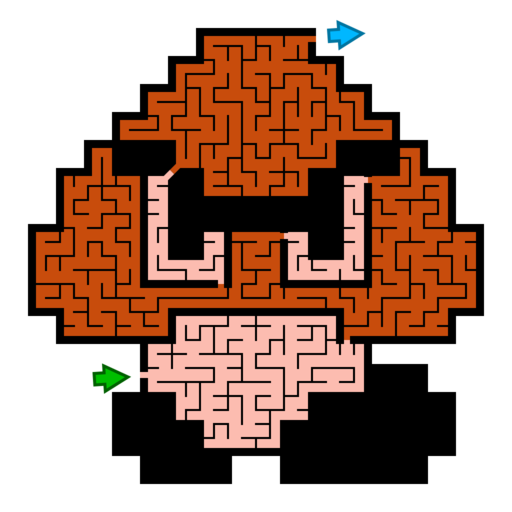 Hey everyone, I know this month is going to be themed around 2D games, but when I have just numbers there isn't a lot I can do. However, I do hope you enjoy thinking through another edition of KenKen! In case you need a refresher, a tutorial puzzle is below.

2. The areas of the grid with dark outlines around them are called cages. At the top left of each cage is a target number and operation. For example, if the pairing in the top left of the cage says "2÷". That means the two numbers that go in will equal 2 when divided (÷).

3. Try and look for any cages that are around just one box. These are freebies in the sense that you don't have to do any math and can just stick whatever number it is in. For example, if there's a single box and the top left of the cage says 3, just put a 3. Feel free to take a look at the sample puzzle below for a step-by-step process! Or you can just take a crack at the puzzles. Keep in mind in certain situations there may be more than one right answer, but only one example solution will be shown. If you've followed the rules it could still be valid. Be careful though because it can be easy to make mistakes. 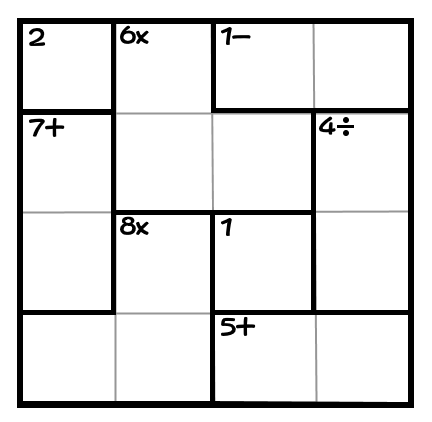 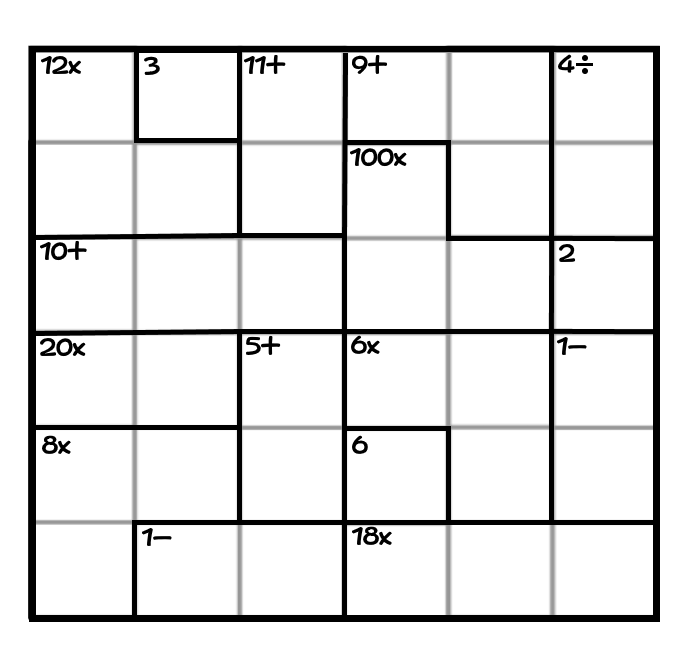 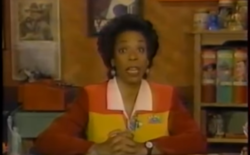 "Cadet, we have a problem for you to solve! One of Carmen's cronies, Sneaky Tucks, has managed to snatch Funky Kong's entire shop, plane and all! Without his supplies, Donkey Kong and co. will have no one to purchase balloons, hearts, and barrels from! A shopkeeper's pride is his shop, and this funky monkey needs your help to get everything back! Get to work!" 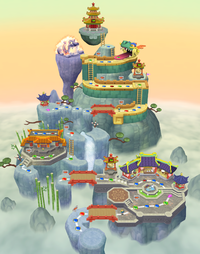 One of my favourite boards from the series.

And as Mario Party: The Top 100 was recently released, it makes sense to do a Mario Party themed quiz. So let the party quiz begin!