From the Super Mario Wiki, the Mario encyclopedia
< The 'Shroom:Issue 119
Jump to navigationJump to search

I'm busy as ever, but if you're reading this, I'm assuming you have free time. Lucky you! Treat yourself to some Fun Stuff; free time won't last forever.

I've got good and bad news. First, I'm happy to announce that Marshal Dan Troop (talk) has returned to the 'Shroom, where he will continue to write Trivia. Welcome back! On the flip side, because Lord Bowser (talk) is having computer issues, Find the Differences is absent from this issue. Don't worry; the section will probably be back next month!

Thank you so much for voting Guess Who! Section of the Month again! Additionally, congratulations to Mr Squid (talk) and Lord Bowser (talk) for making it onto the SOTM board yet again, along with Yoshi876, whose quizzes are great as always.


Hi everybody! Welcome to Word Search. As you may have noticed, the Super Mario Wiki has a new logo that depict the Super Mushroom, one of the most iconic Mario franchise items. As such, you'll need to find Mushroom items for this month’s Word Search. Good luck, and have fun!

Hey! It’s Rosalina1999 here! I hope y’all are having a great February so far. This Crossword is based on the Super Mario games. Enjoy!

So it has come to this – in the 'Shroom's moment of despair, I, Marshal Dan Troop, have returned to retake my rightful place as Trivia writer. Truly it is my destiny to write this sections forever, as it is my brand, my mission, and my purpose.


Hello everyone, and welcome to this month's maze! For this month, since Valentine's Day has passed by, I have provided a heart for you all. It's worth noting that it is the heart featured in Double Dash as Peach's special item. There's not much else to say about it though. Either way, I hope you enjoy this month's maze.


I'm bringing you more Super Mario Odyssey stuff, 'cause I just love the look of that game!

There is a fun Mario game that I like to play. It is free to play (excluding the cost of using the Internet). You are playing this game right now! What is this game?… Guess That Game!

If you’re saying, “I’m bored!”, what do you do? Play “Guess That Game!” (If you were someone else you would say, “Nice to meet you, Bored! Is your surname Game?”)

So please enjoy this 'Shroom section, and please don’t cause injury to yourself or others if you are unable to guess that game.

Thanks for reading! Here are the answers, please note that cheating is bad for your brain and will make you less smart. If you keep cheating, soon you won’t be able do do even Round 1! (assuming you can pass Round 1). Please vote my section as the Fun Stuff section of the month! 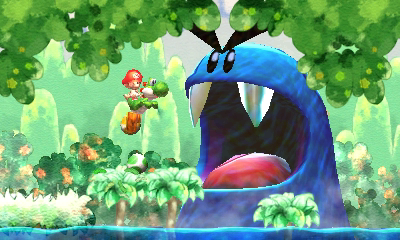 Baby Mario couldn’t care less about this giant blue monster in front of him.

In Mario canon, almost everything human character has a coexisting baby form. Some may find this concept preposterous, but it makes sense once you look into it. Take Baby Mario as an example. Over the course of time, he grows into adult Mario, but remains in a different timeline as a baby. This must mean in Mario canon, all timelines coexist at the same time within a single universe. Makes sense, right?

You can probably tell that today’s Guess Who will be dealing will baby forms of characters. Get ready to start guessing! 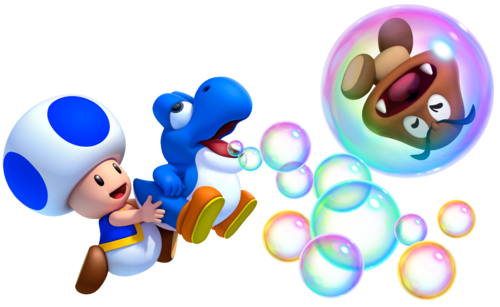 How did you do? Regardless, thanks for playing this month's Guess Who. Please join me again in March! 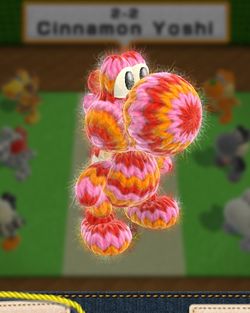 Welcome to Quiz, a place where I... quiz you, on Mario stuff. As Poochy & Yoshi's Woolly World was released this month, right now seemed the perfect time for me to unleash my Yoshi quiz, a quiz that I have been cultivating for the past few months, ready to unleash on unsuspecting 'Shroom readers. Ahem, I may have gotten slightly carried away... enjoy this quiz.