Hello all you Fun Stuff readers. It is I, your glorious leader, here to tell you that not all that much has happened this month except of course for the tragic resignation of I, your handsome and all-knowing leader, from the trivia section due to me having to prepare for the upcoming war against the Pipe Plaza section. In other news: This month’s section of the Month winner is Freakworld with his Guess Who section which got 15 votes. In second place was the brave General Bob-omb with his Hiding Koopa section which got 11 votes. And finally in third place we have the speaker of the Mariowiki house, Henry “Tucayo” Clay, who recived 10 votes for his mystery images section. Congratulations to all of them (failure to congratulate them will result in a swift and voluntary death). 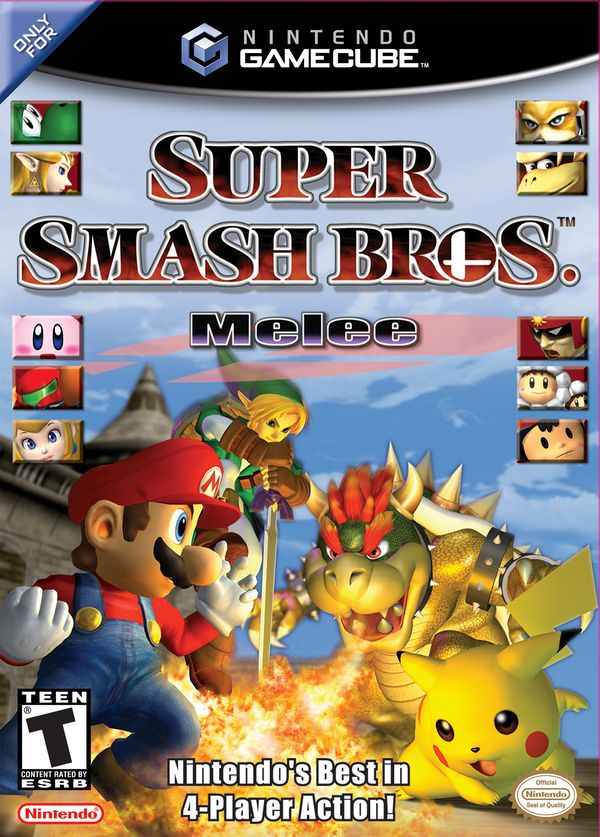 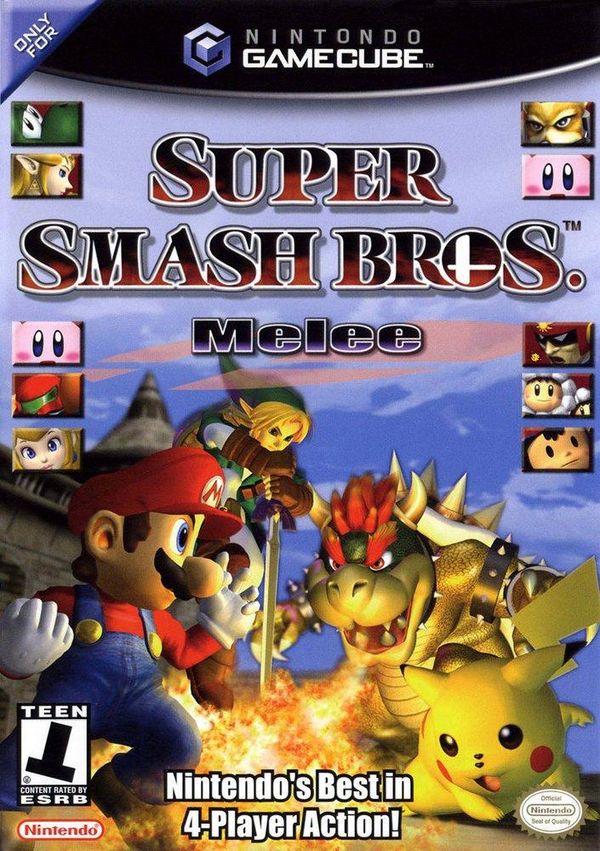 Hello every one and welcome to Mind Boggly (wait I mean Boggers) ! This time we will visit Boggers Woods (wait i mean Boggly). CRASP! it is very hard to say the differences between 'em! Gotta get it fast!

Finally we reached the woods.. but Parakarry got some letters lost! (again?!) But this time he lost 5 old letters and 5 normal letters.. Can't we have a trip in peace?!

TIP: one of the normal letters will need a SUPER EYE to find! 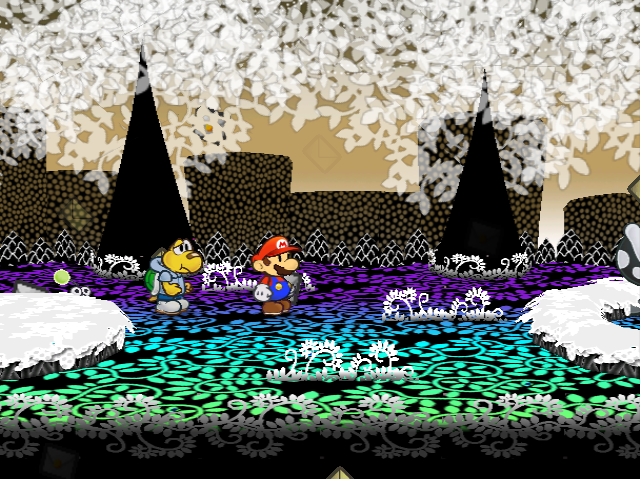 I just got my Super Mario Galaxy 2 (YAY), wonderful! So we have this quiz about this wonderful game!

Hello, and welcome to another issue of Fun Stuff! I'm Paper Yoshi, the Pipe Plaza Director, with a brand new puzzle for you to solve!

This month's theme is... the Super Smash Bros. series! Here is the crossword! Rules: You'll get 5 hints on a character, which should be used to guess the answer. This character can be from any part of the Mario, Wario and Donkey Kong Universe. If you scroll down you'll see a little spoiler box, hiding the answer.

By General bob-omb (talk)
Donkey Kong is back and on a new... er, "new" adventure. Looks like those Tiki goons are at it again and Donkey Kong has to stop them... again. Although this time the Koopa is along for the ride (or at least in the box art). 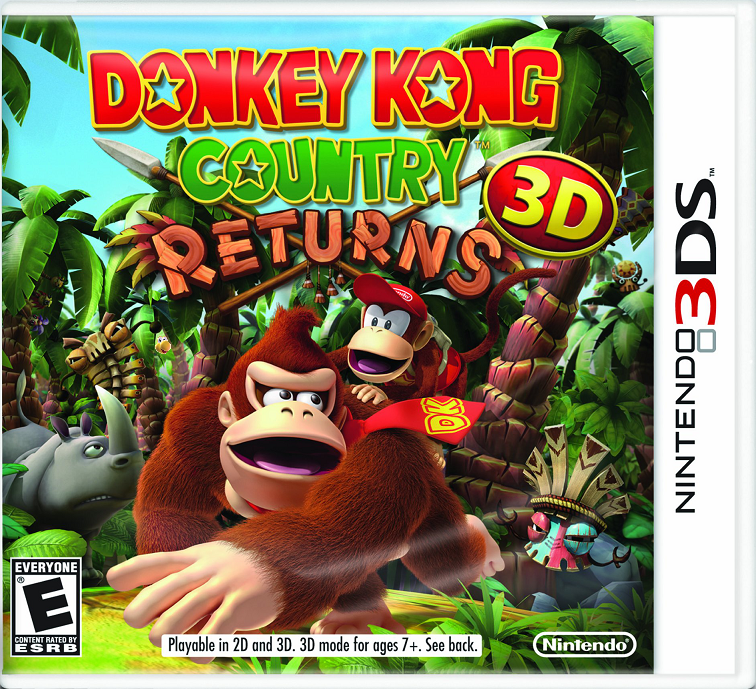 Here are the answers to last issue's Word Search: 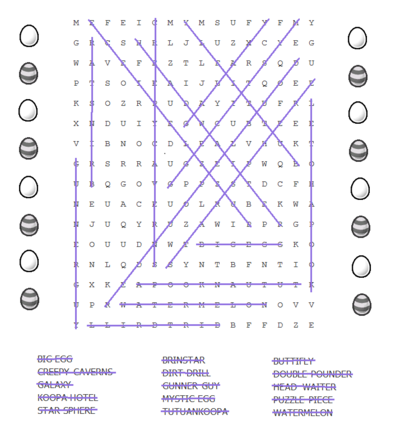 April Showers bring May Flowers, so this Word Search is based on 15 different flower-like objects and characters from the Mario series. 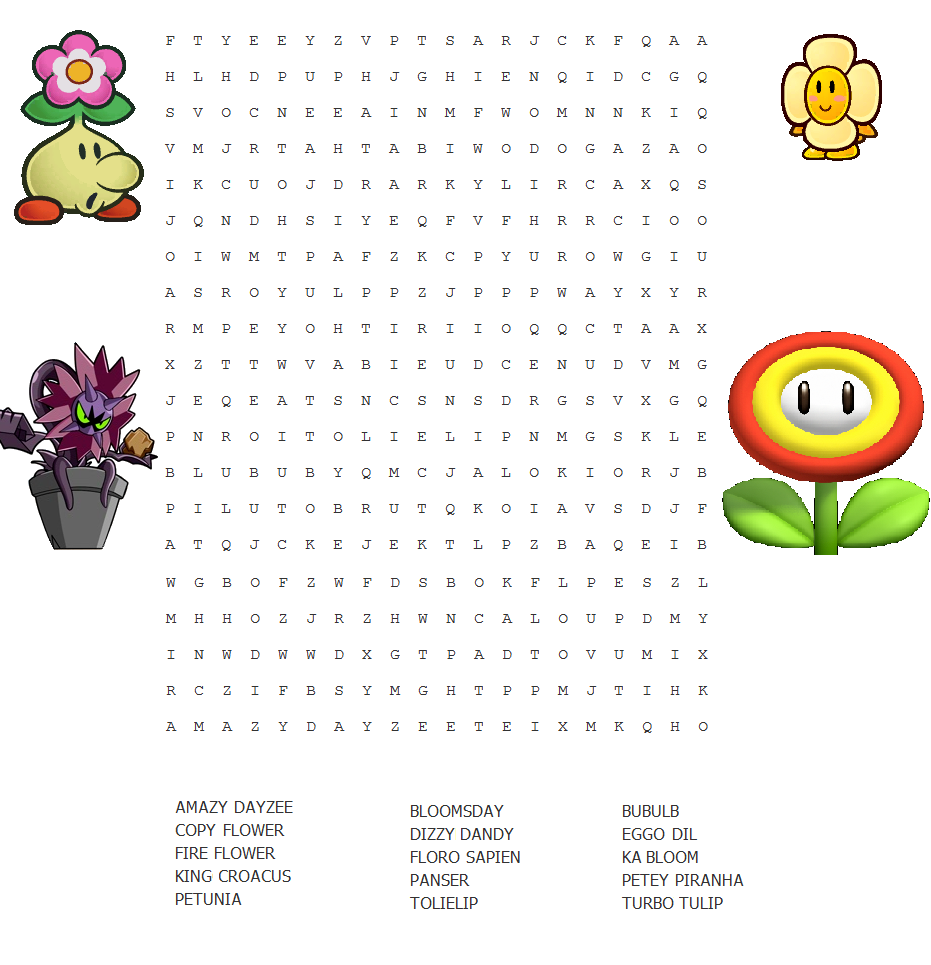