From the Super Mario Wiki, the Mario encyclopedia
< The 'Shroom:Issue 129
Jump to navigationJump to search

Filler aside, I hope you enjoy The 'Shroom's Holiday Special Issue! We've got some nice puzzles and games for you here at Fun Stuff, along with an exciting game I've created with the help of Lakituthequick (talk) found here! I hope you have a good holiday and some time to relax while reading!

Yoshi876 dethroned FunkyK38 as winner for Fun Stuff Section of the Month last month. Anagrams by BBQ Turtle was quite well-received as well, scoring an impressive second place for a debut section, and LTQ's mazes never disappoint our readers! Congratulations to all of our writers!

Hello again! Seeing as this month's issue is themed around the Wii U, and as it's pretty much the holidays, I've decided to theme this set of anagrams around Mario Party 10, as it is a Wii U game, and you get a lot of parties around the festive season, it serves as a double whammy! And just so you know, I haven't been mean enough (/bothered to check which names are the same in America and the PAL regions) to include any minigames in this selection, which should make it a bit easier. Also, seeing as next issue isn't (As far as I know) themed, feel free to send me any suggestions for section themes, or any funny anagrams you've come up with that I could integrate into a theme. And if you hadn't noticed, well done on collectively making over 20,000 articles on this Wiki everyone, and let's hope that number keeps growing! And happy holidays too, whatever you're up to!

...Whew! That bit of holiday excitement out of the way, welcome, one and all to the Picross Holiday Special of 2017! Something that will (hopefully) be much better than that crumby Star Wars holiday special. This also co-incides with our Wii U sendoff issue, and so I guess I might as well bring up my thoughts on the Wii U. The short version? I love the Wii U even though it did poorly, and I plan to keep playing with it long after this issue!

BUT BACK TO PICROSS MATTERS!! For the Holidays, I didn't want to do something difficult. I wanted to just give a grandiose bunch of picrosses, not too hard, not too big. But I still wanted it to be special. So how about we go ahead and do a super-size collection with several additional puzzles? If you're saying that's boring, you're boring. Or you don't like Picross, and if the latter is the case, that's reasonable, but I would wonder why you're here. (Is it the pretty pictures? (Is it me? (If it is me, thank you.)))

So of course, we have a standard puzzle, but a few puzzles will relate to the various holidays and specials going on around here. Y'know, Christmas, the Wii U sendoff, all that jazz. I decided to make three puzzles obviously relate to the trio of popular holidays around this time. And, of course, I decided to self-indulge and include a little nod to one of my favorite (non-Mario) games ever made for one of these puzzles. See if you can figure out what all the puzzles are referencing--and consider that a bonus puzzle!

As is officially standard, here's the rules of how to play, taken from the last issue, and the one before that. If you want to know how to play, simply take any program you can edit images with (MS paint is... more than an option), or even print it out if you're so inclined, and you can shade in the symbols. As for the rules...

Alright! Here's the puzzles! Have a merry Christmas, Hannukah, Kwannza, or just whatever you celebrate, because after all, 'tis the season, and I'll be seeing you (and my Wii U) in the new year! ...And hopefully it'll be better!

For the winter and Christmas season, this month's maze is based off Frosty, one of the Snow Spirits from Mario & Sonic at the Olympic Winter Games, whom I found though extensive research on winter-y things.
The maze may not necessarily be as complicated as other ones, but you can choose any entrance arrow for entrance and any other arrow to exit from, so there are multiple solutions!

Have fun, and happy new year! 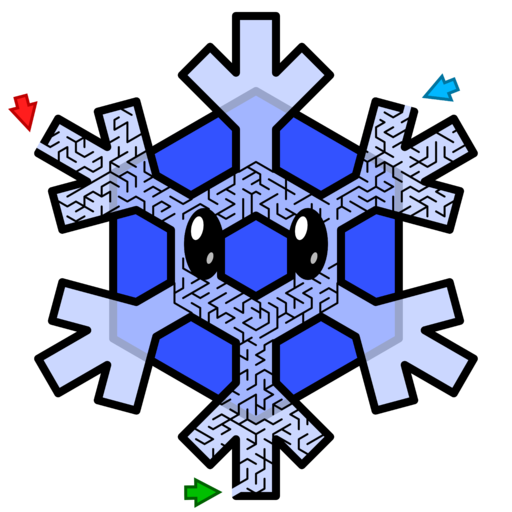 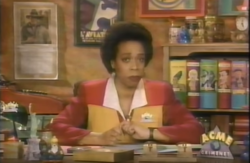 "We've got BIG problems this time, gumshoe! Residents of Toad Town were getting their holiday trees ready when they discovered that their supply of Starmen was gone! Stars have been a core power-up for Mario for decades, and they have become some of the most iconic images of the series. We've pinned the theft on one of Carmen's henchmen, Snag Nabber, but you need to move quickly to catch him! Get to it, gumshoe!"

Ho ho ho! As this is our Christmas edition, this month's quiz will be themed around ice and snow in the Marioverse. Although, this is mainly because it's incredibly had to do an entire Christmas quiz based on what's available. Santa Claus, and that's about it...