i'm playing mario 64 with a 'no water' code on, and the unkown level with the mines were in could possibly be behind where the huge eel is. i just see a huge black hole that i can't enter . anyone know if what i think is true? thanks.
The preceding unsigned comment was added by Super Luigi! (talk).

Uni, how do you know that screenshot is not true? --

The image was fake. It was a simple pallet-swap of Mario, even though official art provided by this article indicates that Luigi would have his more standard appearance. That image should be added here as replacement. Redstar 11:53, 8 December 2009 (EST)

Are there any sources for where the beta images were found? Some of them look fake is you ask me. For example, this image looks as if the key was just pasted into Mario's hand, and the keys in the background look like they were just pasted there as well. Fawfulfury65

The (Non-)Existence of Super Mario FX[edit]

I thought this was interesting. It basically says that while it is fact that Miyamoto wanted to do a 3D Mario game after Star Fox, there is no evidence that "Super Mario FX" was anything other than a wild rumor. Best update this in the main article. LinkTheLefty 23:20, 25 May 2012 (EDT)

Not Enough Items on this Article[edit]

This article is missing a lot of things like debug menus. THE CUTTING ROOM FLOOR has many things on its page that this wiki doesn't have on its page. This page needs more contrabutions. Also, Does [beta elements] define debug items left in the game, or only things one would find in a prototype cartridge? Glitchfinder, 19:17, 5 July 2012 (CT)

This is SM64, not SM64DS. I highly doubt they were thinking about remaking the game before they had even finished it.

I've noticed for a while that there is a shocking lack of images to back up the claims being made on this page. For example, where is this "Classic NES painting" texture that's mentioned? I would also like to point out that the picture of the trampoline you have is fake. There is no model for it in-game, only textures. I'm going to edit some of this article so that misplaced information is placed where it belongs. BetamanOmega (talk) 18:35, 17 June 2013 (EDT)

Since it's possible to get this stuff in-game using Gameshark codes, can somebody put said codes to get them in the game.--NintendoFan369 (talk) 16:17, 28 February 2014 (EST)

No section 'bout the debug screen[edit]

Took care of it, no worries!

Not sure if this is the right place to put this, but the unused Mips animation for falling actually IS used, sort of. If you Mips clip into the moat passageway with the two ground-pound-able pillars, you can swim with Mips. However, when throwing Mips, instead of his usual animation of immediately going upright, he goes into a strange falling pose, and then performs the landing animation when reaching the bottom of the water. This animation can be seen in this video, and I have confirmed this through my own testing. --173.44.119.66 13:57, January 22, 2020 (EST)

If you have any involvement in the Mario community, you should be aware of the gigaleak that has (possibly fake) assets from the beta of the game, and unused content. The star of the show was the Luigi model and textures. Although I am aware of this being a leak, is it possible we can include some of these assets?

It doesn't show the other trading cards on here. The other cards have more artwork of beta elements including the beta penguins and early Boo design. Here's the image. 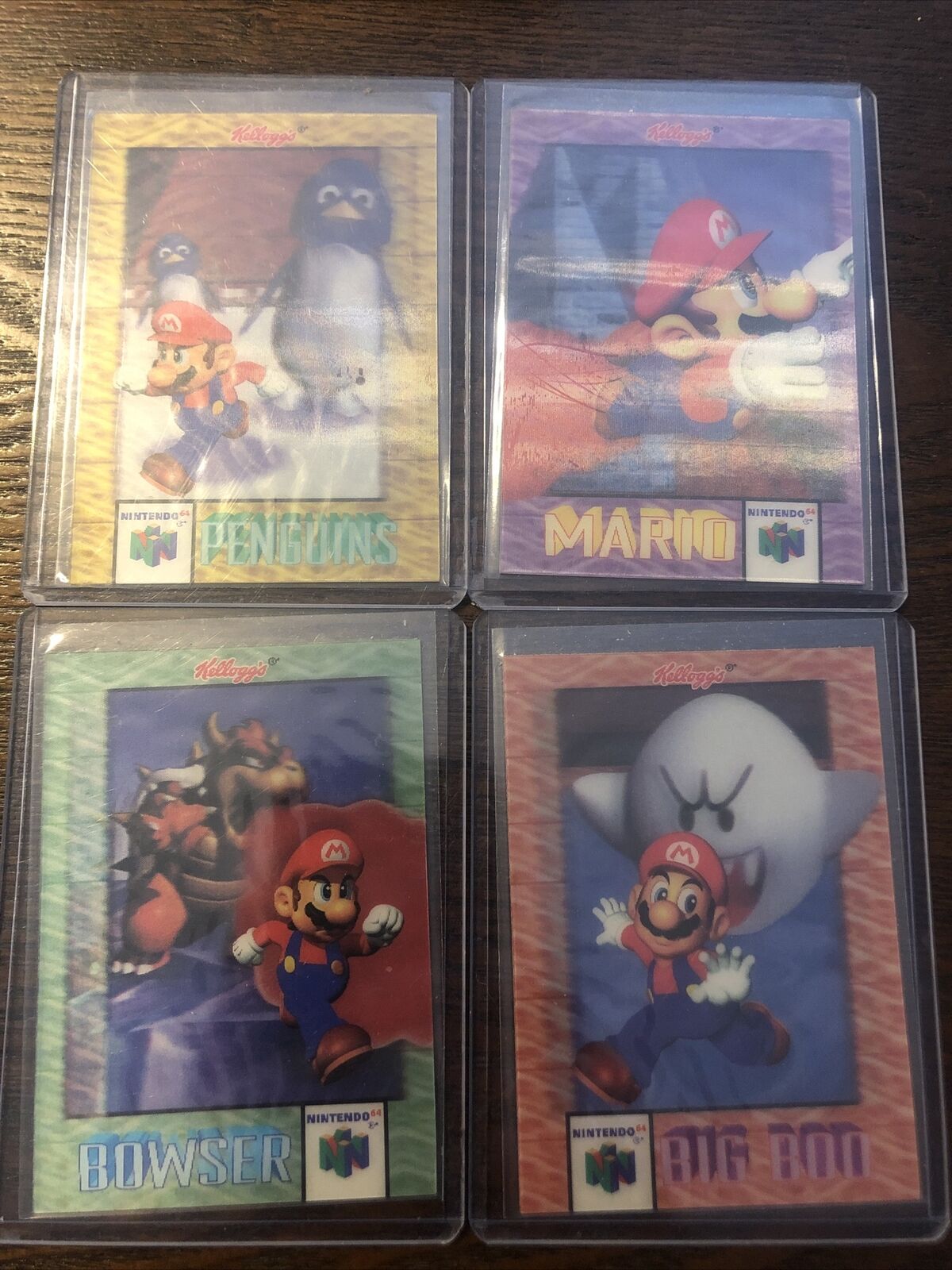