From the Super Mario Wiki, the Mario encyclopedia
< The 'Shroom:Issue XXIV
Jump to navigationJump to search

The first annual MarioWiki Match Game takes place on May 2nd, 2009! The Match Game is a game show where the contestants are given a sentence or sentences with a blank. Their job is to fill in the blank. Every time the contestant matches the judges, they get a point. Whoever gets the most points wins! Click here to sign up! Check back next month for more details, but sign up now!

You may be wondering why the final results for the Star Cup have not shown up yet. Well, the Battle Dome was hit by a tornado, which destroyed part of the grandstand. The action will continue and be published in the April edition. Our deepest apologies go out to you.

Do you like getting hit by big metal dogs? Are sandstorms your favorite type of weather? If so (or even if not), come to Wario Palace! You can see lots of gold and maybe even steal it*! The only route is through the Dusty Dune Galaxy, where you can fall into quicksand! So order your 4-night, 3-day stay from Mushroom Travel Agency now and get a 25% discount!

This month, we look at a hit single by Fiancé, Resistible. It's four minutes and 36 seconds long, and includes the catchy line "I see you there, but I just don't care, 'cause you're an average Joe." Buy now and receive a 20% discount at Mushroom Music Store. 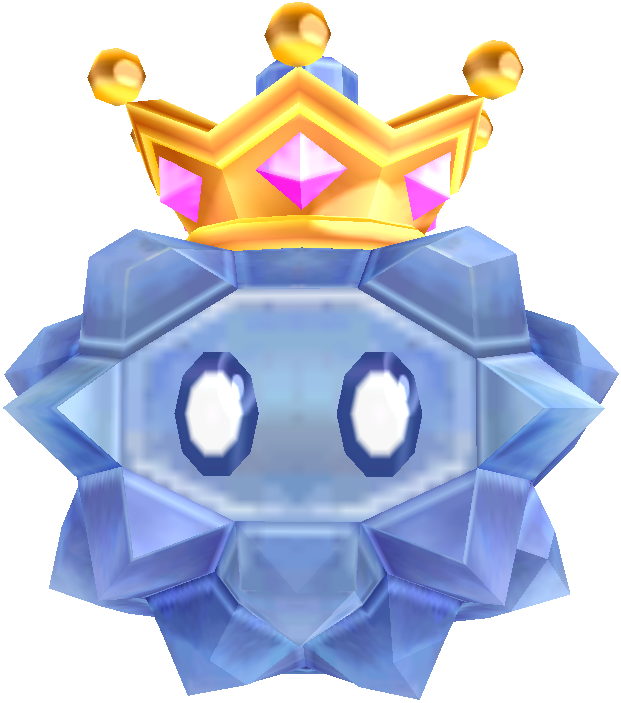 Baron Brr died on Wednesday, March 11th at the hands of Baby Luigi, who was peacefully playing in the snow until he was attacked by the Baron, who was then burned to death by a flamethrower.

Today, Chef Shimi will show you how to make a Zess Deluxe.

Today's interview is with none other than Waluigi!

As you can see below, the Star Cup is currently in progress. Click here to chat with other fans about the Cup and cheer on your favorite team.

All the talk has been about global warming. But what about global cooling? Because of all the hippie junk, Mr. Blizzards are more abundant than ever before; and if we don't act now, we're screwed!

Mazzlebrozzle: Hi Dimentio. How's things in your second life, after being put together by me?

Dimentio: Let's not mention this.

Mazzlebrozzle: Okay then. People say you're a psycopath. What do you say to that?

Dimentio: I am not! I'm perfectly capable of remorse! Why, I regret losing to Mario and the gang as Super Dimentio.

Mazzlebrozzle: I... don't think that counts. Um, what are your feelings towards Count Bleck?

Dimentio: It's obvious. I hate him, you retard.

Mazzlebrozzle: Hey, don't call me that!

Mazzlebrozzle: Because I will kick your ass into the 3rd Dimension with my black magic!

(After a while, Dry Parakoopa enters)

Dry Parakoopa: What the hell is going on here?

Dimentio: What do you think? We're fighting!

Dry Parakoopa: Well, I knew that. I was just...