Hello readers! This is SMB, returning to The 'Shroom to direct the Fun Stuff Team. New Super Mario (talk) was looking for somebody to replace him as he had other responsibilities to tend to, so I applied for the position and was given the job. I will work with the Core Staff team and the Fun Stuff writing team to ensure that we continue to produce high-quality sections and projects each month. From now on, I will make posts in the Fun Stuff Director's Notes regarding openings in the writing team, Section of the Month results from the previous edition's vote, and any new features that we plan to introduce.

We are currently accepting applications for several Fun Stuff positions at this time. If you are interested in writing for the Fun Stuff, check out our list of openings on our sign up page and submit an application to me on the forum. We have a wide variety of content that we aim to provide each month: from riddles and jokes to puzzles and guessing games, we have plenty of sections and activities for our members to create and submit.

And that is all from me this month, please enjoy this month's Fun Stuff!

Hello 'Shroom readers, it is I, your glorious eternal leader Marshal Dan Troop. Now I would like to apologize for my absence from The 'Shroom: for while I was away waging war, raiding cities, getting my law degree and becoming district attorney of New York County, I forgot all about my duties to The 'Shroom. So now the moment you’ve all been waiting for. Did you know:

After all these years! We can finally return to Yoshi's Island! (Wait, it's a different island?) Oh, well that's cool too. At long last, Yoshi is on another adventure and that means he's back to fighting (eating) all of his enemies (harmless bystanders)! Well considering that would include Koopas, I guess that this picture is fitting. See if you can find Yoshi's first opponent (victim). 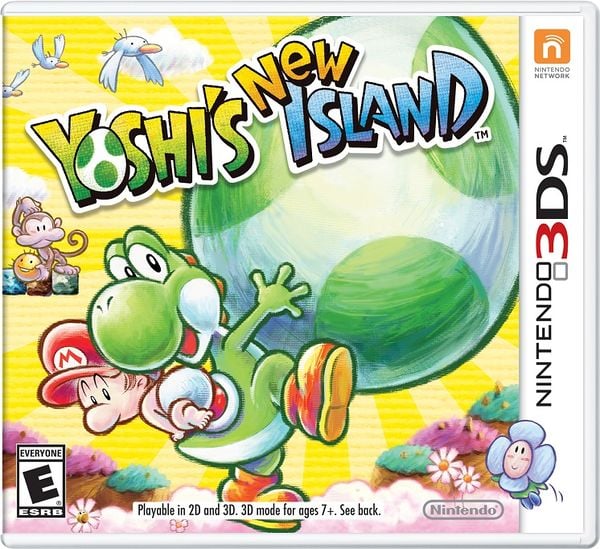 Hey it's April. Happy April Fools something something I'm days late, shut up.

I was really lazy and stuff, sue me. Super Mario Bros. 3 was recently released on the Virtual Console on both the 3DS and Wii U, so here’s a word search based on the well-renowned enemies from the game! 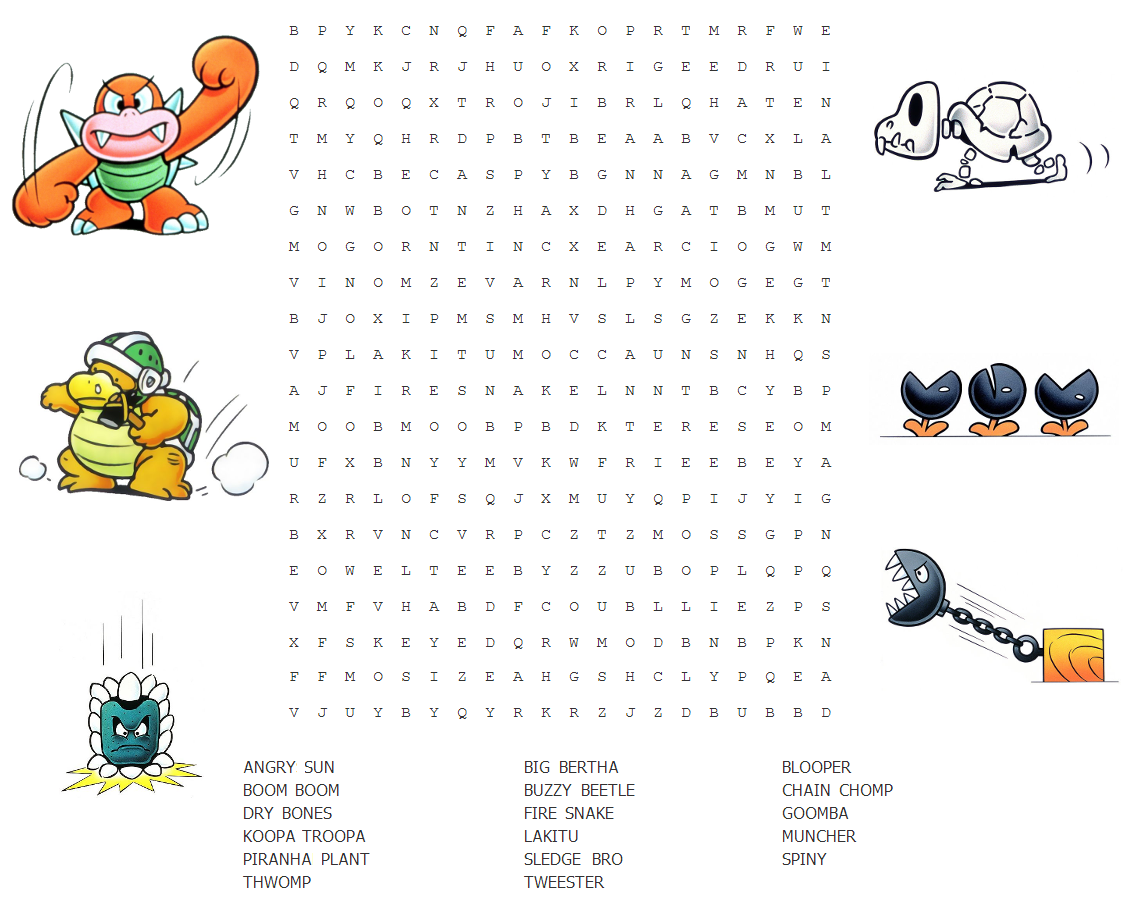