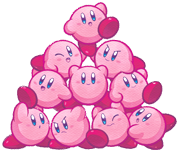 Welcome back ‘Shroomers! I’m here again writing, so I hope you enjoy! This time, there will be 2!

One: 1. This game was released for the DS and Wii in 2009. 2. This game is a crossover game. 3. This is the only game in the Mario series that features Bowser Jr. as a playable character without Diddy Kong. 4. This game features sports. 5. This game takes place in a real world place.


Get ready for Mario Kart 7!(clever name). Theres no playable koopa. (but there is a Lakitu...?) Anyway, try to find the koopa that never was.

You will never be as great a cheater as Waluigi!