From the Super Mario Wiki, the Mario encyclopedia
< The 'Shroom:Issue 147
Jump to navigationJump to search 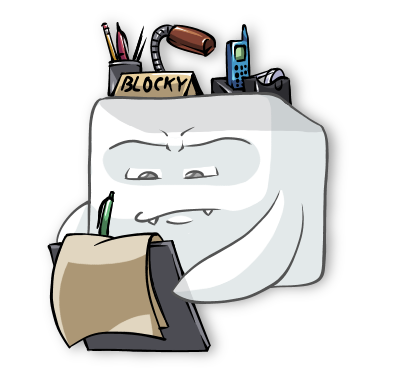 Hello, 'Shroom readers! You might be wondering what I'm doing here when I wasn't elected to the ticket this time around. Well, Raregold (talk) chose to resign between the last issue and this one, and MsRetroGeek (talk) chose not to take on the position as director, but instead stepped down as well. An internal staff discussion produced the current directing team, and I'm going to be in charge of the 'Shroom until January!

Or in other words, this looks like a job for me, so everybody just follow me, because we need a little controversy, so you get another term of Director Blocky!

...Ahem. Probably the most important thing to mention is that we're only three months out from Issue 150! The 'Shroom staff is planning multiple ideas to help make that an impressive issue, but if you want to contribute in any way, feel free to contact me or Smasher to talk it out if it's a general idea. If it's an idea that centers around a specific team, talk to one of our friendly and helpful team directors. We'll get into more detail in July, so gear up as we prepare to talk about what we might have! I'll see you in July, 'Shroom readers! 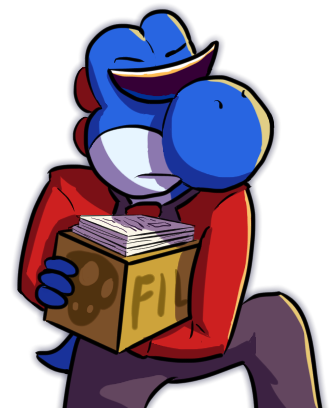 Hello everyone! Remember me? No? Oh well! Blocky explained it up above; I've been selected as the new sub-director. I've been wanting to write for the 'Shroom again for a long while now, so...here we are! Now, Blocky was the one that first told me I could do this, so just remember: if anything goes wrong, it's entirely his fault.

There are a couple of other things we need to point out this month. It's awards season here in MarioWiki, and the Community Awards Dossier is in this very issue! If you'd like to vote, be sure to check it out so that you'll be able to be informed on the nominees. In addition, the annual Poll Chairperson Election is ready as well, so feel free to give it a look if you're interested in taking charge of the Poll Committee for the next year. That's all I have to say this time, so please enjoy the issue, and I'll see you guys next month!

Staff Section of the Month for May 2019

Congratulations to all of our writers for their amazing work!