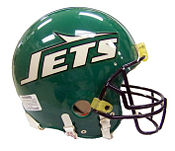 Rocket88 (a.k.a. Brendan) is a big Mario fan (and Jets fan), owns many of the games, of which he will list his favorites below.

1) Super Mario Galaxy 2-To put it simply, 10 times better than the first one.

2) Super Mario Galaxy-What a great game(which I personally feel is superior to '64), the element of gravity made a big leap in gameplay.

3) Super Mario World-By far the best 2D Mario game, so many secrets and ingenious level creation. Just as good as '64, if not better.

6) Super Mario Bros. 3-Best on the NES, first to feature real 'secrets' and such clever power-ups.

7) Super Mario Bros.-Couldn't leave out the one that started all the hype, what a classic.

Well, I love Mario games, both new and old. Big fan of First-Person-Shooters such as the Halo series and occasionally Modern Warfare 2. One of my favorite non-Mario games is Red Dead Redemption by Rockstar. When I'm not playing, I'm hanging out with friends and doing schoolwork. I'm from northern NJ, in Montclair actually. I only own a Wii (Gamecube compatible), an Xbox 360 (Xbox compatible), and a PS2 (PS1 compatible). If you also have Xbox LIVE, my gamertag is GhetoRussianSpy, and you can send me a friend request explaining that you too belong to the Super Mario Wiki.