Hey everybody, P. Trainer here, welcoming you to an all new edition of Upcoming Games! So the first game I’ll talk about, one coming soon to North America, known as Mario and Luigi RPG 3!!! In Japan is 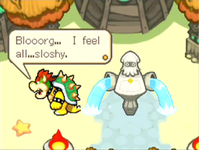 Mario & Luigi: Bowser’s Inside Story, for the Nintendo DS, is the third instalment of the Mario & Luigi series. As Mario & Luigi journey around the Mushroom Kingdom, trying to find a cure for the Blorbs, they find themselves inhaled into Bowser's Body, which feature the return of 2D platforming goodness, while Bowser, a new addition to the game, punches his way through the 3D Mushroom Kingdom. Though essentially, the battle system remains the same, Bowser will occasionally grow to gigantic proportions, fighting equally large bosses, which utilize the touch screen controls of the Nintendo DS.

The sequel to the well-received Mario & Sonic at the Olympic Games, this game will feature many games shown in the Winter Olympics. Confirmed events are Downhill Skiing, Speed Skating, Bobsledding, Snow Boarding, Ice Hockey, and Ski Jumping, all for the Wii version, and for the DS version, Alpine Skiing, Skeleton, Snowboard Cross, and Bobsledding. It has also been confirmed that Dream Events will return, with courses being ripped out from previous Mario and Sonic games. One such course is Mario Circuit, from Mario Kart Wii. All characters from the previous game will return, while new ones will join them as well. Newcomers include Donkey Kong and Metal Sonic, while it has been speculated that the Sonic Team will be joined by Big the Cat and Silver the Hedgehog.

The Wii version will make great use of both the Wii Remote controls, and the Wii Balance Board. It is also said to have a Festival Mode, where the player starts from the Opening Ceremony, and goes straight to the Closing Ceremony. The DS version features a story mode, in which Bowser and Dr. Eggman team up, scheming to melt all the snow, by capturing Snow Spirits.

It has been confirmed that it will come to North American and European audiences this October. No release dates have yet been given for Japan and Australia.

Recently announced at E3, this side scrolling Mario game, the sequel to New Super Mario Bros., is the first side scrolling Mario game on a home console since Super Mario World. Gameplay features confirmed include a major feature, a multiplayer cooperative mode. 4 characters, Mario, Luigi, Yellow Toad, and Blue Toad, jump their way to the end of the level, trying to get a higher score then other players. In this mode, the camera zooms out when the players spread out, much like the Super Smash Bros. series. This mode features many multiplayer features, for example, when you die, you come back in a bubble. Players can either choose to free you, or have you float away. The spin jump reappears from Super Mario World, though, adding to the multiplayer element, you can be picked up by another character, and spin jump together, much like the Mario & Luigi series. Yoshi’s found throughout levels are ride-able, allowing you to trap other characters in eggs, while the game introduces two new power-ups, the Propeller Suit, and the Penguin Suit. Using the Propeller Suit, you can shake the Wii Remote to soar into the sky, while using the Penguin Suit, you can freeze enemies into ice cubes, which you can lift up and throw, or use as a platform. Though not much regarding the story has yet been revealed, Shigeru Miyamoto has hinted the Bowser will kidnap Princess Peach by luring her with cake, brought to her by airships. It has also been confirmed, again by Miyamoto, that the Koopalings will return. 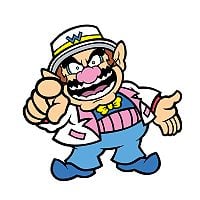 Already released to Japanese audiences, WarioWare: D.I.Y. (Do It Yourself) is the most recent title in the WarioWare series, and the second for the Nintendo DS. The main Gameplay element is the ability to make your own microgames, hence the title. For graphical editing, tools include pencil tools, a spray can, the fill tool, and an eraser. Using these tools, you can make backgrounds and sprites. There is also a feature which allows you to make music, similar to the music mode of Mario Paint. There is also a feature which allows you to create the page of a comic book. Using Nintendo Wi-Fi connection, you can send and receive homemade microgames, either from other players, or Nintendo. 90 pre-made microgames are available from the start.

It is to be released this year in North America. No confirmation has been given as to if it will be released in Europe or Australia.

The sequel to Super Mario Galaxy, and the only time that two 3D Mario games have been released on the same console. Gameplay is similar to Super Mario Galaxy, highlighting the element of Gravity. The Star Spin is confirmed to return, as well as the Bee suit and Launch Stars. One of the main additions to Super Mario Galaxy is the addition of Yoshi, who makes his first appearance in a 3D Mario game since Super Mario Sunshine. Using fruit to change colors, an aesthetic change in Super Mario Sunshine, Yoshi will be able to gain new powers. Turning orange will allow Yoshi to run at Super Speed, which in-turn allows him to run up steep platforms. Turning blue will give Yoshi an ability similar to the Bee suit. While on Yoshi, the Wii Remote cursor acts as Yoshi’s Tongue, which can be used to eat enemies, and swing on special flowers.

Another Gameplay element introduced is a drill item, which will allow you to dig into the earth, or dig to the other side of the planet. There are multiple switches in the game, with varying effects. One switch freezes water, while another slows down time, a mechanic which, according to Shigeru Miyamoto, will be used in a boss fight. 2D stages return, as do purple coin missions. In the latter, Mario is followed by Dark Versions of himself, which do everything he does.

Nothing much has been confirmed about the story. However, airships have been seen coming out of a warp, while an ice sculpture of Bowser is seen in a galaxy. Mario is also seen using the drill to fight a Megaleg-like robot which is powered by a star. However, Shigeru Miyamoto has stated he would like to go with as little story as possible for Super Mario Galaxy 2.

It has been confirmed it will be released in 2010 for North American, European, and Japanese audiences. No release date has yet been announced for Australia.