I would like to congratulate General bob-omb (talk) for not only winning Fun Stuff's Section of the Month, but also winning S6 - Favorite Fun Stuff writer.

We also hope you enjoyed the Mario Wiki Awards Ceremony VI. I will see you next month.

HI, readers! I’m your reptilian Statistics Manager, Tucayo, and welcome to Mystery Images! This month I decided to try something different again. It’s the 20th anniversary of the Mario Kart series, so Gamefreak asked us to theme our sections after that. I thought it would be an easy thing to do, but turns out it wasn’t. Doing the characters would be too easy, and the karts would be too difficult. So I decided to have you guess the courses. Uhh… I think it didn’t exactly go as I planned, but here you go, the icons of 5 courses from 5 of the Mario Kart installments. Just guess the course and the game. 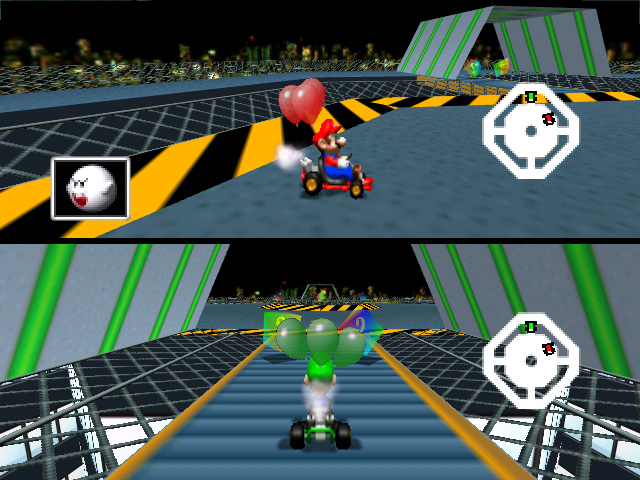 Happy 20th, Mario Kart. You get one question from all Mario Karts, from Super to Seven. That's 7 questions. The questions are relatively easy this time, so just sit back, relax, and enjoy your quiz in honor of the best racing series of all.

Hello and welcome to a new edition of Mind Bogglers! As the rules say, you must find some hidden characters in a giant image to win fabulous prizes*, so start searching! In today's image, you will go through a collage of old sprites to find some more modern characters: Toad, Dry Bones, Waluigi, Boo, Sonic, and Lakitu. No, you can't point at the Toad with the turnip, Mr. Lazy.

Note: Fabulous prizes may not exist. 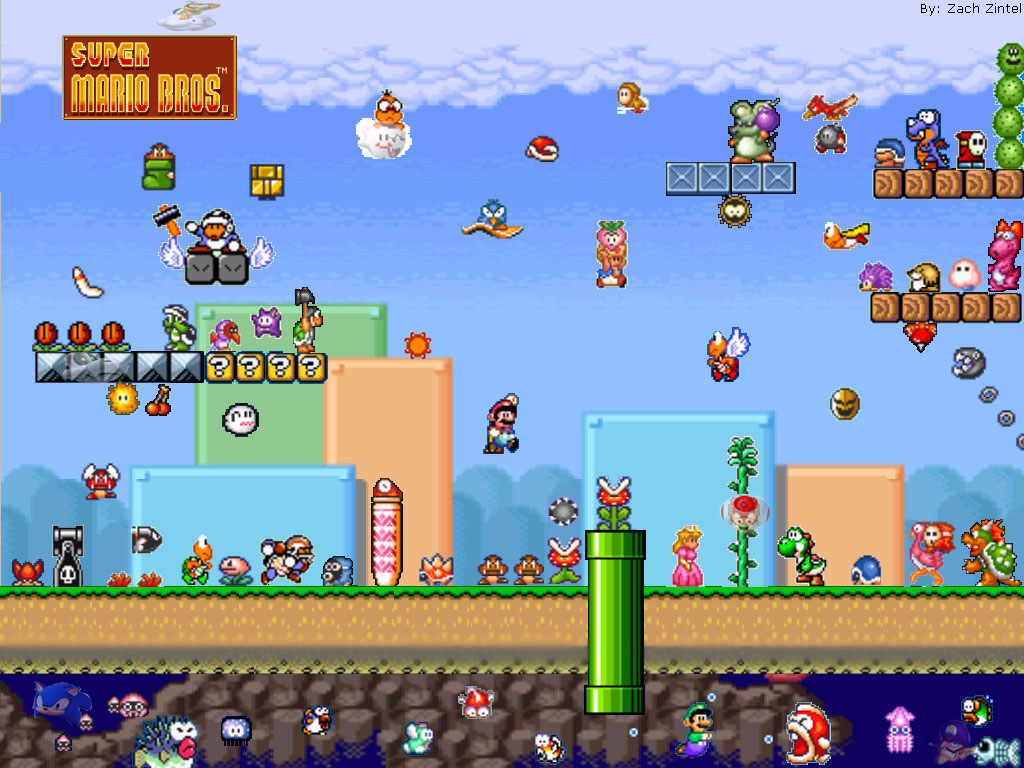 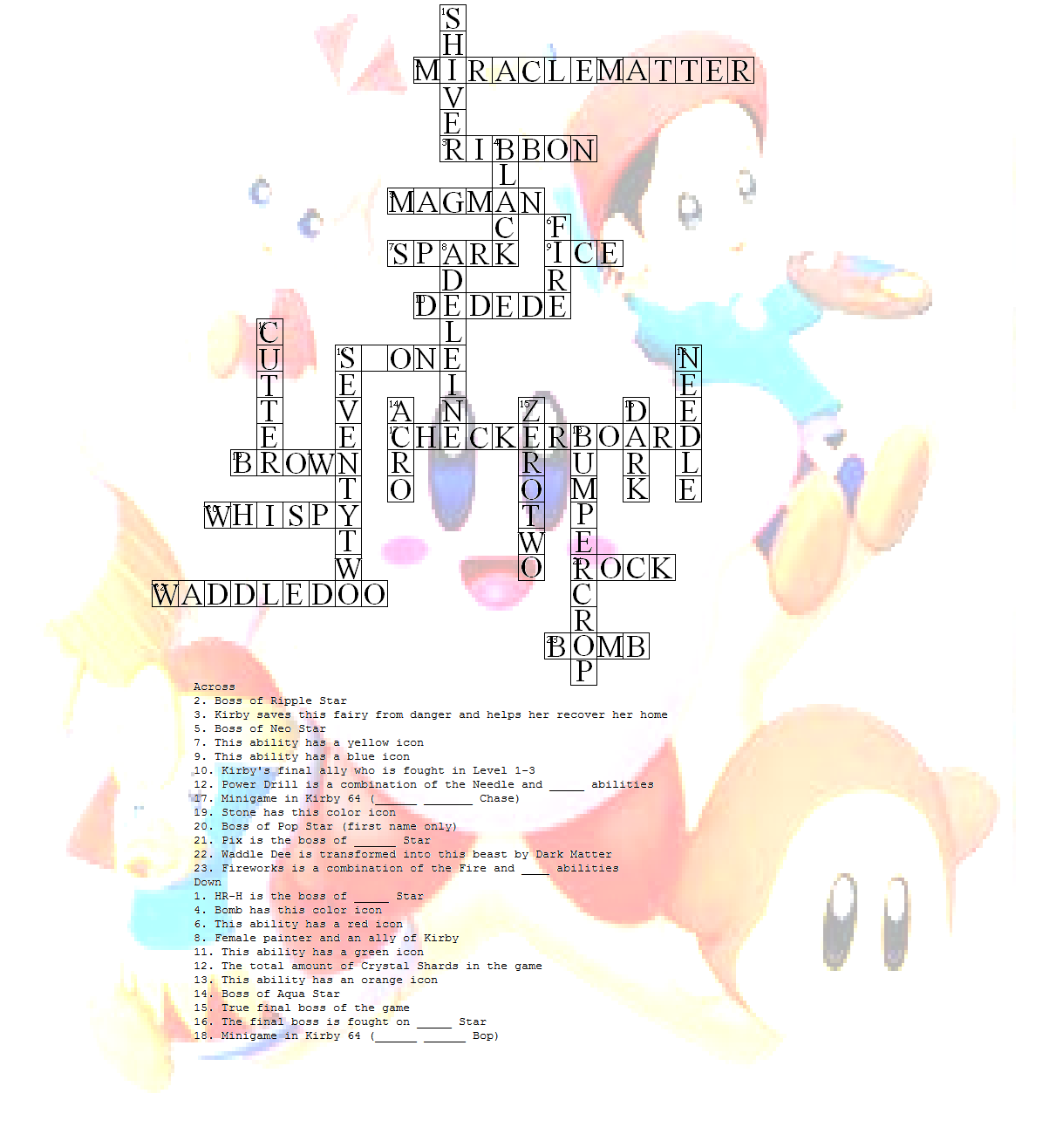 The answers to July’s word search. 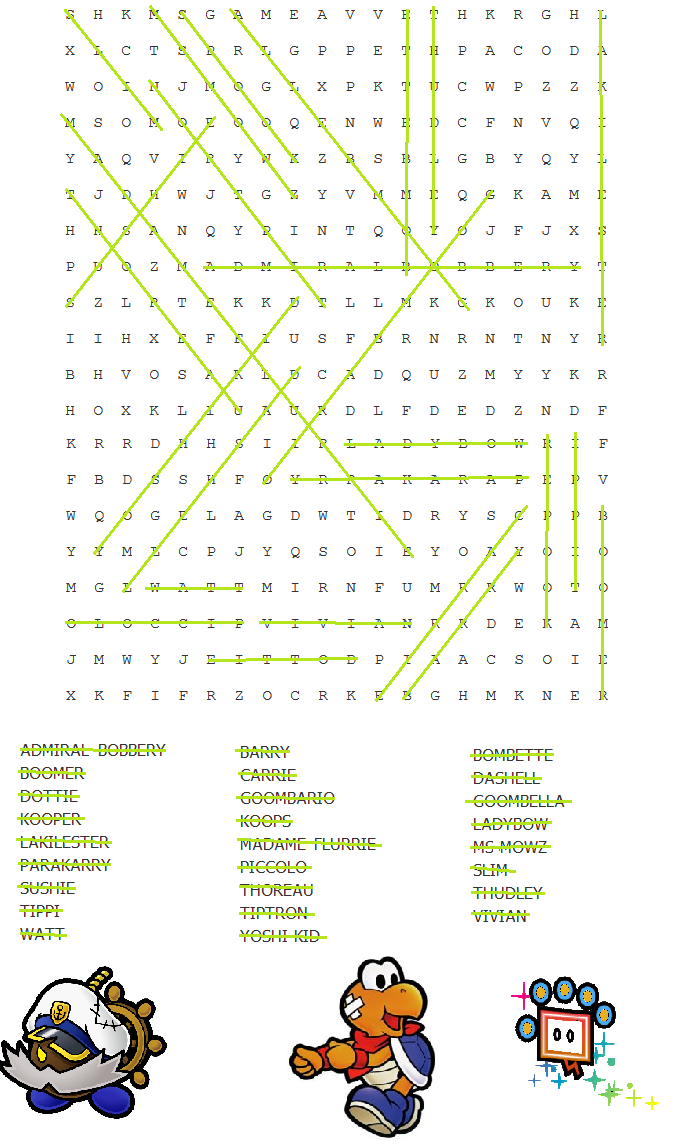 In honor of Mario Kart’s 20th anniversary, can you find the sixteen Mario Kart: Double Dash courses hidden in this month’s word search: 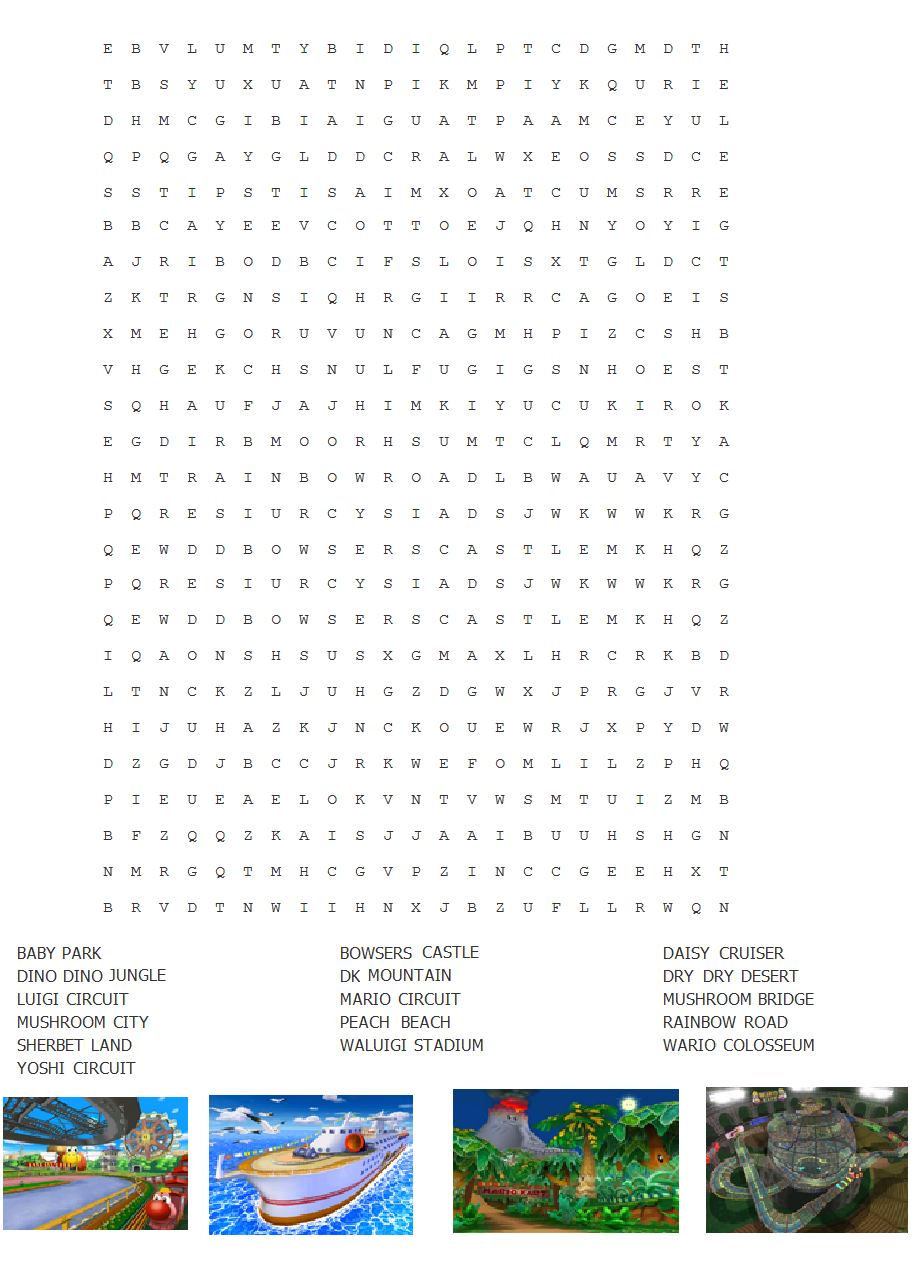 By General bob-omb (talk)
Here we go! with some good 'ol Mario Kart 64. Being my first Mario Kart this game is very nostalgic and is one of my favorite games. A fitting pick for the 20th anniversary of our favorite (and only) MarioWiki newspaper the 'shroom. 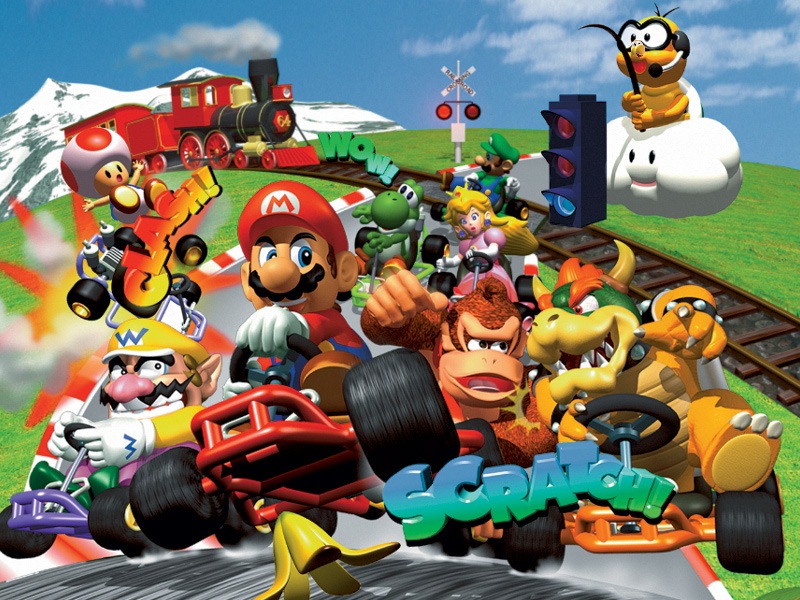