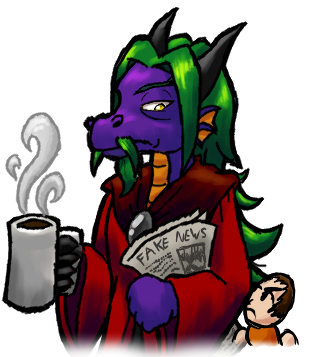 Here there be salutations,

Once more you can find the Fake News here, like you can pretty much every month. There is really not that much to say. It has been another quiet month. I received a few applications that I will have to sort through later. Remember: If you want to sign up for anything in here, you need to send an application to me. And also remember that you can write one-shot articles without signing up for anything. Just send the stuff over in time.

And that will be all. See you again next month.

This month at the Mushroom Soccer Tournament, a player picked up a live ball and then held it for two seconds, but was not penalized ... oh wait, that was at the Women's World Cup. The tournament has been great so far, with Mario, Waluigi and Yoshi dominating groups A, B and C to advance to the knockout round of the tournament. Group D is still up for grabs between Luigi and Donkey Kong, while Wario, Peach and Diddy Kong, one of the surprises of the tournament, have advanced out of the group stage. The tournament's festive atmosphere has been enhanced by massive crowds and fast-paced games, but hooliganism has put a bit of a damper on the affairs. Three of the first 22 matches of the tournament have had to been delayed by fans running on the field, and the opening ceremonies were interrupted by none other than Gunther, who was infuriated that tournament organizers had banned him from qualifying. He tried to steal the trophy from Wario, the defending champion, and was later arrested and booked into the Toadstool County Jail. At least three fans have been arrested at every match so far, for things ranging from disturbing the peace to attempted assault with a broken vuvuzela. The plastic horns were traditionally used to pierce the air with their buzzing sounds, but one annoyed fan snapped the opening off of the vuvuzela belonging to the man in the seat next to him, causing the heartbroken vuvuzela-blower to use his broken horn as a weapon useful for bopping the man in the seat next to him repeatedly atop the head. 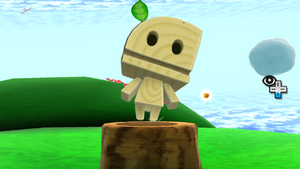 Coming soon: the truth about these wooden, little numbskulls.
The Truth Behind Whittles is a one-off documentary. It will be shown on Sunday, 24th July 2011, on Mush1 at 9:00PM, and exposes the truth of how Whittles come to be, and the problems this may cause.

The presenter of the documentary, Toad E., exposes an underground factory, producing many clueless, purposeless Whittles everyday. The standard of English they teach the Whittles is so bad, all they know to do is speak as well as they can. It is also insanely hard work, as teaching a tree to speak is not the easiest thing to do. The hard work is done by machines. Only the poor pieces of wood are made. The Whittles are then released into the world, confused, lonely, alone.

They stand in random places after going on boring space crusades, their only purpose in life being to talk to some fat greasy Italian plumber...One day, an evil witch is said to have declined a homeless Whittle access to her home. Because she sucks. To make one Whittle, five trees are cut down. That's a lot of harm to the environment. So, what can you do to help stop the suffering of the Whittles and the environment? Sit down and do nothing about it. It's kind of sad, but hey, this isn't real life. Thanks for reading, and don't forget to tune in. It is some emotional stuff. :'(

Hi everybody! Here’s your hostess, Chivi-chivik! And this is Cooking Guide, where we teach you how to cook excellent dishes!! So, let’s go! - This time we’re going to visit Tayce T. 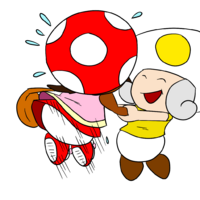 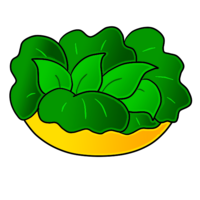 You need: A Fresh Veggie and a Turtley Leaf

Thanks for being here reading, and, until next Cooking Guide!!

Ghost problems? No problem for the Poltergust!

Today's featured product is none other than the fearsome Poltergust 3000. You may have thought there has only been one, made by the scientist and researcher E. Gadd, but you thought wrong. After much “discussion”, the professor allowed us to make more of these powerful vacuums.

The main feature of this vacuum is its great ability to suck up ghouls and ghosts. No need to pay for costly ghostbusters to rid of your otherworldly infestation. Do it yourself!

This magnificent device can also harness the powers of the elements of fire, ice, and water, without damaging its internal mechanisms! Talk about durable.

You can't ignore your chores.

Of course, if for someone reason you lack poltergeist problems, the Poltergust 3000 can be used as a standard vacuum. I know right, who would've known!

There is no mess the Poltergust can't pick up.


These are just a few of the many things this wonderful device can suck up. No mess is too tough for this contraption. When all the mess is gone, simply expel it at your foes and give them what they deserve.

WARNING: Don't suck up too much trash, you may overload the vacuum and you'll have quite a mess on your hands.

This can be yours for just a measly 10 Gold Bars. Our operator is standing by and awaiting your call.

Pyro: Hey everybody, welcome to the interview! This month, we have Fire Bro!

Pyro: What is your favorite season?
Fire Bro: Winter, because I always win snowball fights.
Pyro: Why?
Fire Bro: Duh. I melt all the snowballs with my fireballs.
Pyro: Well, do you hate anything about winter?
Fire Bro: Uh, yeah. If I accidentally melt a snowman, I get beaten up.
Pyro: ...
Fire Bro: What was that?
Pyro: ...nothing.
Fire Bro: Do you have an Ice Flower in here?
Pyro: No, why?
Fire Bro: I HATE ICE FLOWERS.
Pyro: ...yet you still love winter...
Fire Bro: Um...well, have you ever watched that show Teenage Mutant Ninja Koopa Troopas? It's awesome.
MrConcreteDonkey: What was that I heard in there?
Pyro: Nothing, nothing, nothing!
Fire Bro: Was that a Pokémon with a top hat and monocle?
Pyro: Heck no, you're seeing things.
MCD: I heard that.
Pyro: Okay, whatever, Fire Bro, what do you do when you're bored?
Fire Bro: I go to the pool, and warm it. But right now, they have an Ice Bro cooling the pool, so...
Pyro: I heard you're a hit at Koopa Barbecues.
Fire Bro: Where did you hear that?
Pyro: Super Paper Mario.
Fire Bro: That game stinks.
Pyro: NO IT DOESN'T, IT'S JUST UNDERRATED.
Fire Bro: Ooookaaayyy...
Pyro: Can you answer my question?
Fire Bro: Fire Snakes are more popular.
Pyro: How do you feel about being so rare?
Fire Bro: I feel fine.
Pyro: Why?
Fire Bro: I just don't care.
Pyro: Oh look at the time, I have to go now. See you all next month!

This month, we are visiting a small but iconic restaurant somewhere on the outskirts of Sarasaland. I am talking about the Dusty Noodle, a noodle restaurant that, even in the restless and anonymous world of today, still represents valuable traditions and virtues from the old days. The Dusty Noodle is a family business with a past. Legend has it that it was founded roughly 350 years in the past by a farmer who went by the name of Nobonoko, during a violent conflict between the kingdoms of Chai and Muda. The farmer had his home invaded by Muda troops who seeked to use his farmlands as their base of operation in a planned ambush on Chai. The troops besieged the farmland and threatened the farmer's family for about three weeks, until Nobonoko had enough. Armed with nothing but a makeshift whip made out of a wooden spoon and the la mian noodles his wife had prepared for dinner earlier, Nobonoko single-handedly drove the invaders off, took back his land, and inspired hundreds of martial arts enthusiasts to come up with a fighting style solely based on dough products. The farmer was so overwhelmed by this that he dedicated his entire life to honoring the noodle, and founded the Dusty Noodle to forever be its humble servant.

The restaurant has survived until today, and has recently entered the twelfth generation. That has got to be a lot of noodles from then to now. The family is making a point of preserving the restaurant's original flair, which includes the refusal of installing central heating. The only source of heat is a weird, bowl-like rock slab thingy in the center of the restaurant. It is advised to wear winter clothing inside the building, lest you risk freezing to death. If you were careless enough to leave your parka at home and don't want to just leave again (which would be rude), fear not, there is an alternative I discovered while being there. If you notice that you're slowly turning into an ice sculpture, just order a bowl of noodle soup and put it over your head. The bowl will make for a nice and cozy head garment, while the second-degree burns you get from the hot soup will distract you from the cold. If the effect wears off, repeat. Now there's nothing getting in the way of enjoying yourself at the Dusty Noodle. Joy!

But enough about all of that, let us take a look at the menu.

So come on over and spend a day at the Dusty Noodle. If you mention this article when visiting the restaurant, you will get a free onion peeler and a bandana that reads "I am a disciple of Noodlism".

Hello, hello, and thrice hello. Your friendly neighborhood ‘3K here with another question and answer section. Not much more to say here, so let’s get on with it.

What Legend of Zelda Twilight Princess temple is your favorite?

*flame shield up* I’ve never played Twilight Princess. Come back if you want to talk Metroid.

Of course. The best kind of pizza is jerk chicken. Burgers are great, too. Especially with chili, slaw, mustard, and onions. If you come across a blackened cheeseburger go for that, too. Ketchup’s alright.

What's your opinion of Wii U?

I’m not really sure. I really like the idea of the screen in the controller, but it looks kind of unwieldy. It’s something I’d have to try for myself first. Third-party comments have been positive, so I’m looking forward to what they do with it.

Do you have pets?

I actually answered this back in the first section I ever did. ;)