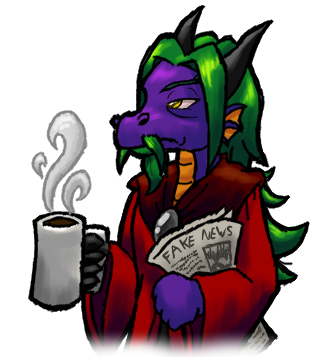 So it has been one month now since Special Issue L. After that admittedly somewhat hectic month, we are going to let everything settle down quietly. The result of this is a nice, little issue. It is a bit on the short side but that doesn't have to be bad.

On a more positive note: We finally have an "Ask '3K" segment again for this issue. We also gained a new writer in Chivi-chivik, who will assist the Cooking Guide with recipes and artwork. Personally, I am somewhat of a sucker for appealing artwork, so I definitely approve of this development.

And thankfully, this is all I'm going to bother you with for this month. Have fun reading. 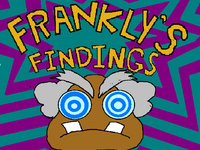 Today, we have Prof. Frankly with us in a section we like to call Frankly's Findings. The ever-talkative professor has gone to the farthest corners of the planet, trying to find new species. He has reportedly found three new species of enemies. 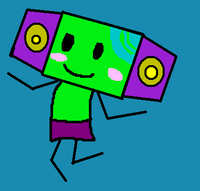 Frankly's Notes: “I found this species of Boomboxer while I was exploring the darkest depths of the Floro Caverns. This seems to be the third strongest of the species. What I find quite odd is how colorful these creatures are, despite getting little sunlight.” 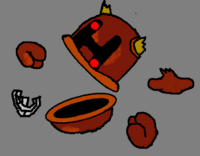 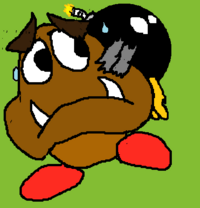 Frankly's Notes: “Now this one is a little odd, as I didn't discover it, but rather…managed to create it. After hours of hard work in my lab, I have finally created the ultimate goon. Using my vast variety of tools and other utensils, I have combined the ordinary Goomba and the explosive Bob-omb into one abomination, which I will dub…

Pretty self-explanatory, I should say.”

That last one looked a bit…odd…

Anyways, that concludes this special report. See you all next time.

The Mushroom Croquet Championships were played at Peach's Castle this past week. An epic final between Magikoopa and Gunther went down to the wire, but Magikoopa was able to complete his comeback after being given an inspirational pep talk from none other than Charlie Sheen. Though Sheen couldn't entirely piece together what he had said to the eventual champ, our reporters were able to come up with this: "Tiger blood, balloon, you can't handle Charlie Sheen!" Magikoopa celebrated his win with his jovial family, but the mood was dampened when Buzz Killington arrived and ruined the awards ceremony by telling a story about a bridge.

One time I went to the Hot Fraun, where Dyllis was waiting for me... 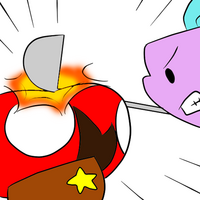 Me: (opens the door and receives a hit with a ladle) - AWW!!
Dyllis: You are very late!
Me: I was going to come at 3 PM and now is... 4... 5... Oh.
Dyllis: Come in...
Me: (goes in) Well... today we are going to cook a Choco Shake.
Dyllis: Ah, a Choco Shake...
Me: (takes out the ingredients) These are the ingredients: A Shroom shake and a Mild cocoa bean! (gives them to Dyllis)
Dyllis: I prefer the challenges! You should ask me for do more difficult dishes!
Me: Maybe next time...
Dyllis: Write fast because I von’t repeat it: First, smash the cocoa bean!
Me: (writing)
Dyllis: Then, put the cocoa powder and the shroom shake in a mixer! 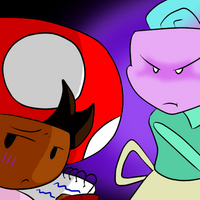 Me: (writing) Could you repeat that for me...
Dyllis: (Looks angrily at me)
Me: ...
Dyllis: (turns on the mixer) Now turn on the mixer at max power, and vait some seconds! (turns off the mixer)
Me: (still writing) Okay...
Dyllis: To finish, put the shake in a glass or something, and you got it!
Me: (tastes the shake) Delicious!!
Dyllis: Of course!
Me: Well, thanks for teaching us how to cook this shake!
Dyllis: I always do my best! 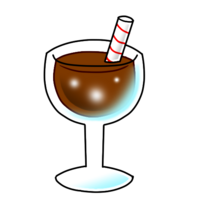 You need: A Mild Cocoa Bean, a Shroom Shake How to cook:

Thanks for reading, and, until next Cooking Guide!!

Taking a level in badass.

Welcome back for another exciting advertisement.

With summer just around the corner, why not heat things up?

This month's special item is… the Fire Flower.

These special flowers are home-grown along with the popular Cloud Flower.

When you touch this mystical flower, a surge of energy will flow through your body and you'll go through a noticeable transformation. You'll become a master in pyrotechnics.

Is someone bothering you? Fry them to a fritter with your newfound powers.

This item is also very versatile.

Forgot to pay the heat bill again? Is the water a little too cold for you comfort? Save yourself the time and money and get a Fire Flower to the job for you. Be your own heater.

This item makes stoves useless. Cook your food with 500 degrees of self-generated flames. You’ll be the hottest kid in town with this item.

Your enemies will tremble in fear and kiss your feet asking for forgiveness when they see your new power.

All that can be yours for a price of, uh, 40 coins plus shipping and handling.

Hey, everybody! I'm PyroGuy6, and today we have an interesting interview. We're not just interviewing one person. We're interviewing THREE. Meet the Shadow Sirens!

Pyro: So I've heard Beldam and Marilyn stopped being evil.

Pyro: How come you almost never detach from the ground?

Beldam: What do you mean, almost?

Vivian: I somehow detached from the ground when we were shot to the moon.

Beldam: Vivian, you detached from the ground? How is that even possible?!

Pyro: How was Vivian not aware of your plans to awaken the Shadow Queen, Beldam?

Beldam: Well, Vivian wasn't created as early as me and Marilyn. She was actually created at the last second, right before those heroes came and sealed her.

Pyro: Is that so? Why does Marilyn say "Guh" all the time?

Beldam: Um…I have no idea.

Pyro: How did you feel about Doopliss being in the group before Vivian came back, Beldam?

Beldam: (Why is he asking me so many questions?) He was freaky. The only way he was helpful was when he disguised himself as Professer Frankly.

Vivian: Plus, he couldn't even teleport right. That was hillarious.

Pyro: Did the Shadow Queen intentionally give you all elemental powers?

Beldam: Yes, but the hats are what give us our powers. So if me and Vivian switched hats, we would switched powers.

Vivian: Yeah. Once Beldam tried to put Marilyn's hat on but it…

Vivian: It completely covered her up.

Beldam: Now look at what you've done, Vivian. Can we end this?

Pyro: Sure, this has been long enough. See you next month, everyone.

Oh hi, 'Shroom readers. I have four questions this time around and I want to thank those who submitted questions. Remember, whether or not this section appears in an issue depends entirely on your input. So with that out fthe way, the first three come from Flubber who asks:

-What is your favorite smiley? I really don't use the emoticons all that much, but if I had to choose one, it'd probably be the "cool" smiley. On a semi-related note, the forum needs a Bowser Jr. smiley.

-Do you like The Simpsons? Not as much as I used to a few years ago. It's become really hit-and-miss as of late. I still like it, but I think South Park is better.

-Do you think Wario is overweight? The whole "wario is fat ololol" thing isn't funny. It's immature and I think it reflects poorly on the community. To answer the question, I'd guess that he's built like an NFL player.

And PyroGuy6 asks -What is your favorite galaxy in the Super Mario Galaxy games? FreezeFlame in Galaxy 1 and SlipSand in Galaxy 2.

'Til next time, dear readers.