I found this image in the unused files. Do we use this one over the other one?SaudyTalk! 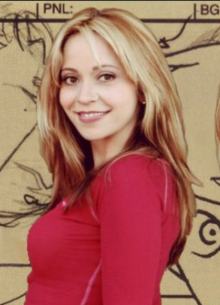 I've been meaning to bring this up for a while, but the amount of non-Mario examples we have here is pretty ridiculous. I tried to remove them down a few years ago, before being reverted by Glowsquid. The removal was probably too extreme, but we aren't Wikipedia, we don't need to cover everything Tara has done. Two or three examples at best, and then a Wikipedia link at the bottom.

I agree, there's way too much stuff here. Maybe we could at least trim it down to only her roles as main characters if possible? --

(Just realized there's a Wikipedia link through her name, but that looks kinda bad.) She mainly sticks to main roles. Timmy, Raven, and Rikku are the most notable to me, but I realize that's subjective. Could just leave it to the first two or three there and call it good maybe.

I stand by my original comment that removing everything was Too Much and... also agree the list as it is too big. You probably can narrow it down to the ones mentioned above (and maybe Twilight Sparkle) and end it with a mention she is an incredibly prolific VA. --Glowsquid (talk) 21:10, December 25, 2019 (EST)

We'll go with that.