“I'm a bureaucrat now? Who's smart idea was THAT?! Just kidding. I hope to serve you well!”
—Stumpers, Thought of the Moment

What Can I Do For You?

As a bureaucrat, it is my duty to help users such as yourself with any problems you might have. This means questions on policy, editing, inter-user issues, and so on. If I do not have an answer, I can direct you to someone who does. So, fire away by posting on my talk page, provided your question is not, "How do I post a message on a talk page."

In addition to my talk page and its archives, there are two more pages in my userspace. 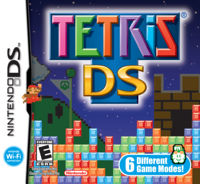 If it weren't for Stumpers, this game's article would be merged with Game Sightings, also known as the Void.

This is a list of my ten favorite articles that I've played a major role in.

Do You Know Me on the Internet?

Here are a few of my current aliases. If you see me, drop me a line!

What? You want a reward for reading all of that slop? Whiner. Okay... you can see my favorite Mario Wiki Forum avatar... which Wayoshi banned for being "too creepy".