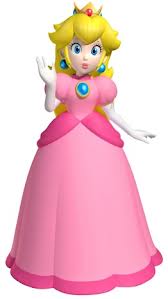 Princess Peach, one of my favourite characters.

Hello. I'm Mariofan1239. You might find me as Mariofan1239 or TheGrandStar on certain websites and such, generally sites where I use TheGrandStar is where I am more active. Please note I may regularly be on this website as a whole, I will not update my page often.

I am a boy who has grown up with Nintendo. Although I have not even lived at that moment when Super Mario Bros. was released, or not even Super Mario 64, I still have quite the knowledge of the Super Mario franchise. When I was at a young age (approximately 3 or 4), I was playing Nintendo 64 emulators (Project 64); my first and favourite game was Mario Party 2. As I grew up, I became more and more interested in Mario and Nintendo, I gradually started to hear about the latest news and bought more recent consoles. The first actual Nintendo console in my possession (besides some weird emulator) was a Nintendo DS Lite; since I had grown up with games like Mario Kart 64 and Mario Party 3, I got interested in Mario Kart DS and Mario Party DS. At this day, I own my own DS Lite (its touch screen is blech and I only own a TTDS card, rip ds), a Wii, a Wii U, a 2DS and a 3DS (most recent).

Thanks for reading! I hope you contact me over on Miiverse or something. Eh, bye! (^o^)/