Not much to say this month. Just want to say that Post-Damage Invincibility won Section of the Month for the October issue. Congratulations, PDI!

Alright, enjoy Music & Artwork and the rest of this month's issue. 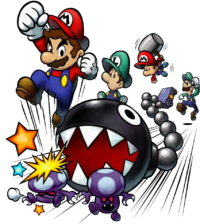 Yes, back to the hand-drawn artworks. This is a group artwork but it displays one of the many talents of this month's character, the humble Chain Chomp. Some would have you think that it is their only talent, but you can ask them when you fail to survive the receiving end of a Chain Chomp's charge. They don't even require the presence of multiple plumbers to do so; it's second nature to them! Chain Chomps truly deserve this month's place! See you next time, readers/viewers/listeners! 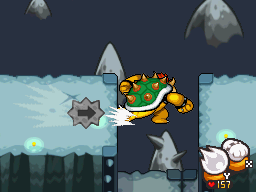 Hello, fellow The 'Shroom readers, and welcome to November's Random Image of the Month!

This month's Random Image comes from Mario & Luigi: Bowser's Inside Story, one of the most popular Mario games for the Nintendo DS. It shows Bowser using one of his special field moves, the Sliding Punch.

Said move may be performed by punching normally using the

button and holding the

Control Pad in any direction. Bowser will then proceed to, as the move's name suggests, slide in that direction and punch anything in his way. Additionally, the Sliding Punch's impulse allows Bowser to cross ledges he would be unable to cross in his own.

P.S.: By the way, thanks everyone who voted for me in the October Music & Artwork Section of the Month poll!! 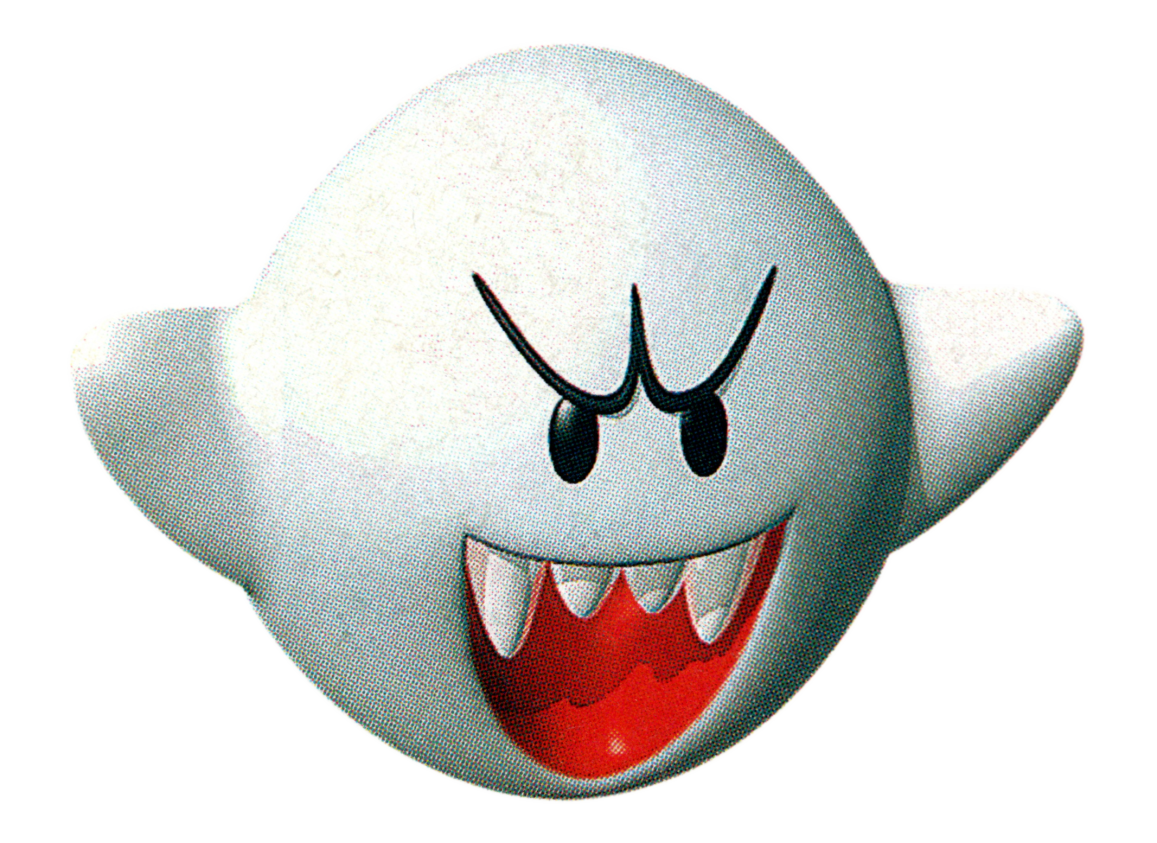 Halloween may be over, but creepy Mario related stuff abounds. The Sunken Ghost Ship in Super Mario World has the usual Ghost House theme. But did you know that the the Sunken Ghost Ship is really one of Bowser's Airships of SMB3? Are the Boos there ghosts of the enemies from one of the Airships? Speaking of Boos, some of the eeriest music in Super Mario 64 is from Big Boo's Haunt. But did you know all of the Boo laughs are just Bowser's laughs sped up? Now you do know. 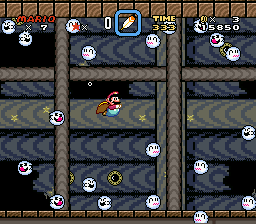 Continuing my celebration of all things villainous, I bring you this sprite of Wario from Game and Watch Gallery 4:

! Is he a villain? An anti-hero? A greedy, money-loving businessman? He is all three, I think, with special emphasis on that last one. But he is fun to play as, once in a while, if you can stand the smell and the ego. And you'll NEVER have to worry about being attacked by vampires, so he's got that going for him.