Hey guys, it's MCD, and welcome again to the REAL News. What, you were expecting the Fake News? Get with the times, old timer. Fake News is so last year, Real News is what everybody's* talking about. So let's see what's been going on this month with the real news.

Obama won something
Obama won the presidential election this month against Mitt Romney, meaning he'll be spending another month or so in the White House. If the world wasn't ending, it would be four years.

The D Key
Porplemontage lost this very badly as well.

That's about all the stories I can remember. Thanks for reading the real news. Join us next month when maybe we'll be able to afford headers.

Since some people want Fake News, you can have these sections some people sent to me. Who are these people, you ask? I DON'T KNOW!

But we do have the small matter of the Section of the Month to deal with - and, this month, it went to Koopa K (talk)'s Shop Scout with 25 votes. Koohitsu's Monthly Inquisition came close behind (23 votes), and that was followed by Toadbert's Ads, with 19 votes. Congratulations!

“This just in from the Mushroom Kingdom: The long forgotten King Toadstool has returned. For more on this incredible development we go live to Scoops McShroom”

“Well folks, what started as a normal day quickly turned exciting when after 30 years a door opened and out walked King Toadstool. This quickly sparked shock from those who were at the castle. And while I weren’t able to reach the King himself for comments, I was able to talk to those who saw him"

“It was amazing! I mean here I am just guarding the vault and then out steps the King Himself! Hell, I didn’t even know we had a king” said the Vault Guard.

“I was just standing there cooking when a man wearing a big crown asked me how I was doing” said Chef Torte.

“I couldn’t believe my eyes. I mean I, like most people, thought he was just a myth. I mean nobody had ever seen him so we always assumed that Princess Peach was in charge” said the King's Royal Adviser.

“So as you can see the King returning is very big news. But it does leave you questioning: Where has he been for all these years, and why hasn’t anybody seen him?” Scoops said.

“I can answer that”

“OMG the King Himself! Hello my majesty”

“My liege, where have you been all these years?”

“Oh…and there you have it folks from the King himself. Now back to the studio for sports with Jim Fungi”

It's Windsday in the Hundred Acre Woods.

Hello, ladies and gents - it's Pryers on a Row, back with some more Travel Guide! I've been grounded - er, no, busy hunting stickers, so sorry for being late to Cirque de humus or whatever that show is called. Because the Fake News is the greatest show on earth!

Oh, whatever. Today, I'll be reviewing the Bouquet Gardens! This flowery grassland is filled with...flowers. When I made it to this blustery hill, I found a giant fan was blowing stuff all over the place. I was too lazy to shut it off, and I heard later that Mario shut it off anyways. Good ol' Mario.

The prices here to stay for the night are pretty expensive - a whopping nothing.

(Kersti: COINS ARE EASY TO GET NOWADAYS HOW CAN THAT BE A LOT)

Enough with the bad jokes. You can pull off stickers galore, and they're everywhere. No, seriously, EVERYWHERE! However, the stickers got stuck to me and I had to find the fan to blow them off.

So, that's it for Travel Guide! See you next time, where we explore further into Sticker Star, but I'm still on World 1.

Hi everybody! Your hostess, Chivi-chivik, is back! And this is Cooking Guide, where we teach you how to cook excellent dishes!!
So, let’s go!

This time I went to Saffron’s. Long time I don’t go to see her.

Me: Hi!!
Saffron: Good morning! How you’ve been?
Me: *tired* The last month I had plenty of important things to do... Now I’m fine, I guess...
Saffron: Okay then.
Me: Do you know what we can cook? I didn’t come here with an idea...
Saffron: Let me think... *looks in her closets* I know! We can make some Choco Fruit!
Me: And... what is that?
Saffron: Something so easy to make! For this we need a Peachy Peach or a Keel Mango and a Mild Cocoa Bean! I have some cocoa beans, do you have some fruit?
Me: I have a Peachy Peach.
Saffron: Great! Let’s begin: We need to melt the cocoa bean. For that, we’ll melt it in a water bath. So let’s take a saucepan and a metallic cup.
Me: *nods while writing down*
Saffron: The water bath is and easy thing! We just need to keep stirring the cocoa bean until we have a chocolate cream.

Saffron: Okay, we’ve got a delicius chocolate cream! Let’s leave it in the pan and let’s take the Peachy Peach, we must cut it into pieces. *begins to cut*
Me: *keeps writing down*
Saffron: Now let’s put all the pieces into the cream *puts them in*. Let’s stir them until they’re all covered by chocolate and then let’s put them on a plate. And you’re done!
Me: Oh cool!! *takes one of the pieces and tastes it* Amazingly delicious!!!
Saffron: I knew you’d like it!
Me: Thanks for cooking this dish for our readers!
Saffron: *smiling* You’re so welcome. 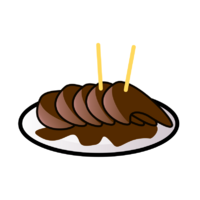 Ingredients: A Mild Cocoa Bean, and a Peachy Peach or a Keel Mango.

Thanks for being here reading, and until next Cooking Guide!! 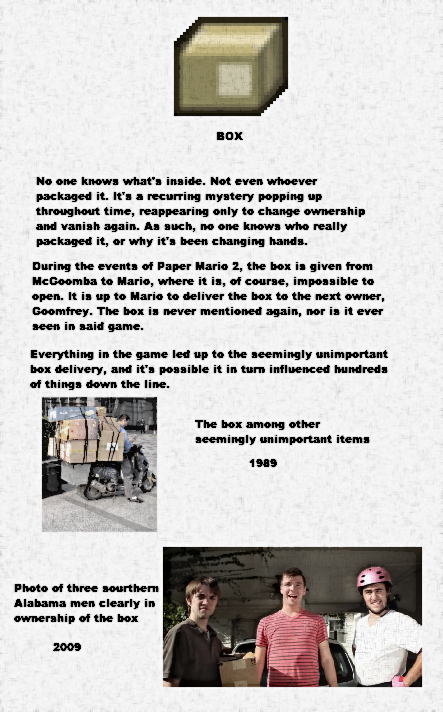 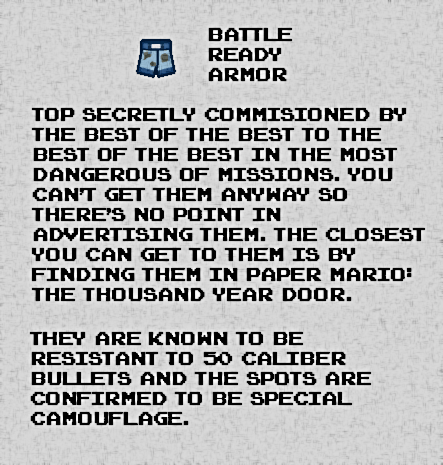 Today I’m going to take you inside some good ‘ol basketball. The matchup this time was between the Moleville Moles and the Bean Valley Stingers (the game taking place in Moleville). The Moles got possession first, driving to the net for a lay-up, taking the first lead 2-0. Things went downhill from there, though. The Stingers turned things around full circle, quickly amounting to a 20-2 lead with still 5 minutes in the first quarter. The Moles would knock down a 3-pointer, and the Stingers would get some more points in many ways, taking a 29-5 lead at the end of the first. Moleville took advantage of their first possession of the second quarter, pounding down a slam dunk. The Moles stole the ball from the Stingers before they could score again, swishing a teardrop 3. Moleville held Bean Valley only to 5 points in the second quarter, tying it up at 34 going into halftime. That’s when things got out of hand.

The Moles, once again, drove straight to the net first thing of the half. However, it bounced off the rim, with Bean Valley recovering and going all the way to the other end of the court to take the lead back. When Moleville tried to score, a pass to the Moles point guard was intercepted and turned into 3 Bean Valley points. The Stingers continued to rack up points constantly, outscoring The Moleville Moles 58-7 in the second half. Bean Valley won by a final tally of 92-41 in the season opener of the basketball season, which is likely a sign of good things to come, despite Moleville ending last season with a 1-81 record. Well, that’s all for this month! Come back next time for more heated rivalries and heart-stopping games. McZaky29, signing off.

We Interrupt your Clearly Unnecessary Program for this Weather Forecast! Yay!

Hey Marioverse! There may be some cool fronts coming your way! Oh yes!

Ah, but you lucky ducks, or bullies in some aspects, in the southern regions are staying very nice and warm!

And then for you indecisive Marioversers, we have that one place...

That's all for this broadcast. Now back to your meaningless regular programming!

HI, curious readers! I'm your wild Statistics Manager, Tucayo, and welcome to Ask Tucayo! This month I got six questions, thanks to everyone who submitted a question, I am happy with this outcome. If you didn't submit a question (or if you want to submit another one), just send me a PM (magical thing, PM's) and I'll answer it on the next issue!


Let's get to work; this month's first two questions come from Bowser45 who asks:

What is your favorite court from Mario Hoops 3 on 3?
Hello there! Oh good Poochy, it's been ages since I last played 3-on3, but I indeed remember my favorite courses. Yes, courses, there are two courses I really like and those are Jr. Street and Rainbow Ship. I love the first one because its game mechanic differs from the rest of the courses, and the slots add a nice touch of randomness and luck (well, the Mario games are filled with those, but whatever). Now on to Rainbow Ship, I love that one because it's simply majestic. It looks so grand and so luxurious. Also, here's where you face Ninja, Black Mage and White Mage, so that makes me like it even more.

My enemy friend tucayo,
Do you eat pie,if you do what is your favorite kind?
I do eat pie. Honestly, who wouldn't? I haven't tried many kinds, but I love one my mom makes, it's a banana and cajeta (it's a Mexican confection) pie. I also like any pie that involves chocolate. 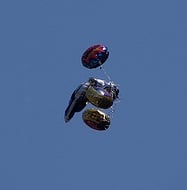 What is your opinion on stray balloons?
They bring chaos and despair into this world and are a threat to international security, and should be dealt with accordingly.

Next we have Pyro who asks:

What's your favorite Pokémon?
Magikarp! It's gotta be a fire one, I love fire. I have to admit, I'm only familiar with Gen I and II Pokémons, so that's like what, less than half of them? I'd go with either Arcanine, since he's like this awesome lion/dog fiery beast, and those are three things I love; or Squirtle, not a fire one, I know, but he's simply awesome.

We also have marioman1213 who wants to know:

Who is your best Super Smash Bros. Brawl character?
Well, my favorite one is Pit. I don't even know why, I just remember visiting the Super Smash Bros. Dojo every day (god, that was awesome) and Pit was the first newcomer they announced; he had a bow that could split into two blades, he could fly and he had a shield that could reflect even the strongest projectiles, so I immediately liked him. Wait, I just realized you asked for my best character... Heh, I should pay more attention. Well, that was a nice story, wasn't it? Anyway, my best character is either Fox McCloud or Wolf O'Donnell. Falco is the same thing, I know, but he's not up there with Fox and Wolf. I usually choose a character at random, but when I want to beat someone I go to Fox or Wolf.

what is your favorite type of milk?
I love milk, my favorite type is chocolate milk, no doubts. Especially Borden's. I am a picky guy when it comes to milk, though. I don't like low fat, hot, skimmed, semi skimmed, 1% fat or soy milk. Basically only whole milk.

That's all for this month, if you have more questions, just send them to me! BYE and have a nice November!