IF YOU ARE READING THIS, IT MEANS YOU HAVE SURVIVED THE APOCALYPSE. CONGRATULATIONS!

In all seriousness, welcome to the Holiday Issue aka Issue 69 of the 'Shroom.

General bob-omb (talk) won Section of the Month for last month's Hiding Koopa. Green Disaster (talk) has been fired due to not sending in his section, so Mind Bogglers is now open.

Special thanks to Tucayo (talk), Crocodile Dippy (talk), and Twentytwofiftyseven (talk) for contributing a special section for this issue.

Remember to stay away from the yellow snow and don't drink too much eggnog. Happy Holidays to all of you! See you guys next year…

HI, wonderful readers! I'm your snowy Statistics Manager, Tucayo, and welcome to Mystery Images! I normally don't say much on this section, but this month I have two messages for you. First, I'd like to invite you to vote on the 2012 'Shroom Director Election. And, from the bottom of my reptilian heart, I wish you all the happiest of holidays. Whether you celebrate Kwanzaa, Hanukkah, Christmas or await for the Holiday Armadillo (if no one gets this reference then maybe I'm getting old); I hope you have a great time and that 2013 brings you nothing but the best. One last thing before I go: thanks for reading my sections throughout the year, I hope you enjoyed them. See you in January. 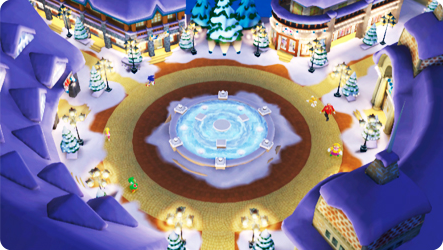 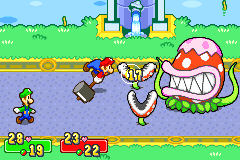 Merry Christmas once again, and enjoy New Super Mario Bros. U, which most of you will play for the first time on the 25th!!!


By Freakworld (talk)
Special Holiday Rules: You'll get 5 Hints on a character, which should be used to guess the answer. The twist is that this Character is not from any of the Mario, Wario or Donkey Kong Universe. Instead I have taken a Nintendo character OUTSIDE of said universes (This character does not have to be included in any of the Super Smash Bros. Games, or any Marioverse game whatsoever).


Special Holiday Rules: Same as in "Guess Who". Yes it's also a game not included in the Mario-franchise.

HI, readers! I'm your puzzling Statistics Manager, Tucayo, with a special Crossword! This is my first Crossword in almost two years, enjoy! 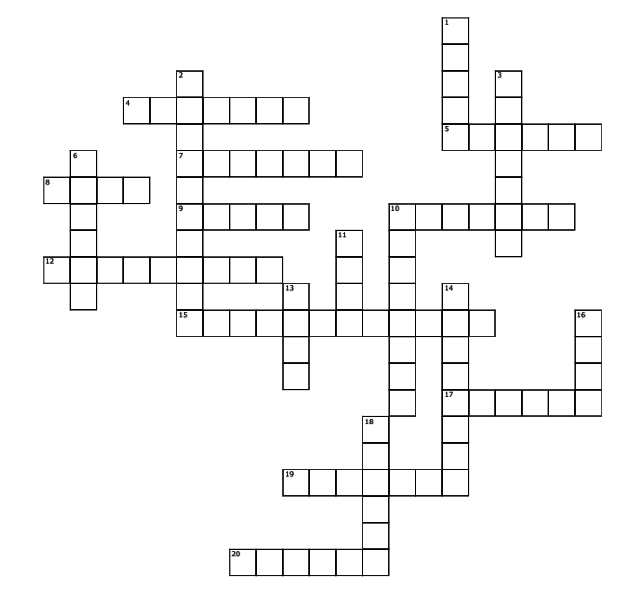 WARNING! This crossword has spoilers!

Here are the answers to the last word search: 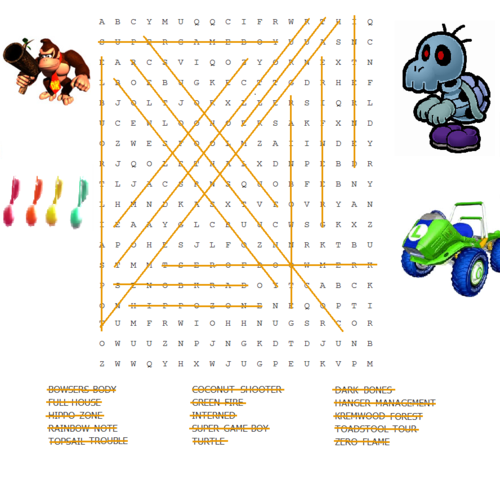 Now that winter has come upon us, this Word Search is themed after 25 ice and snow related enemies and items. Happy holidays and happy searching! 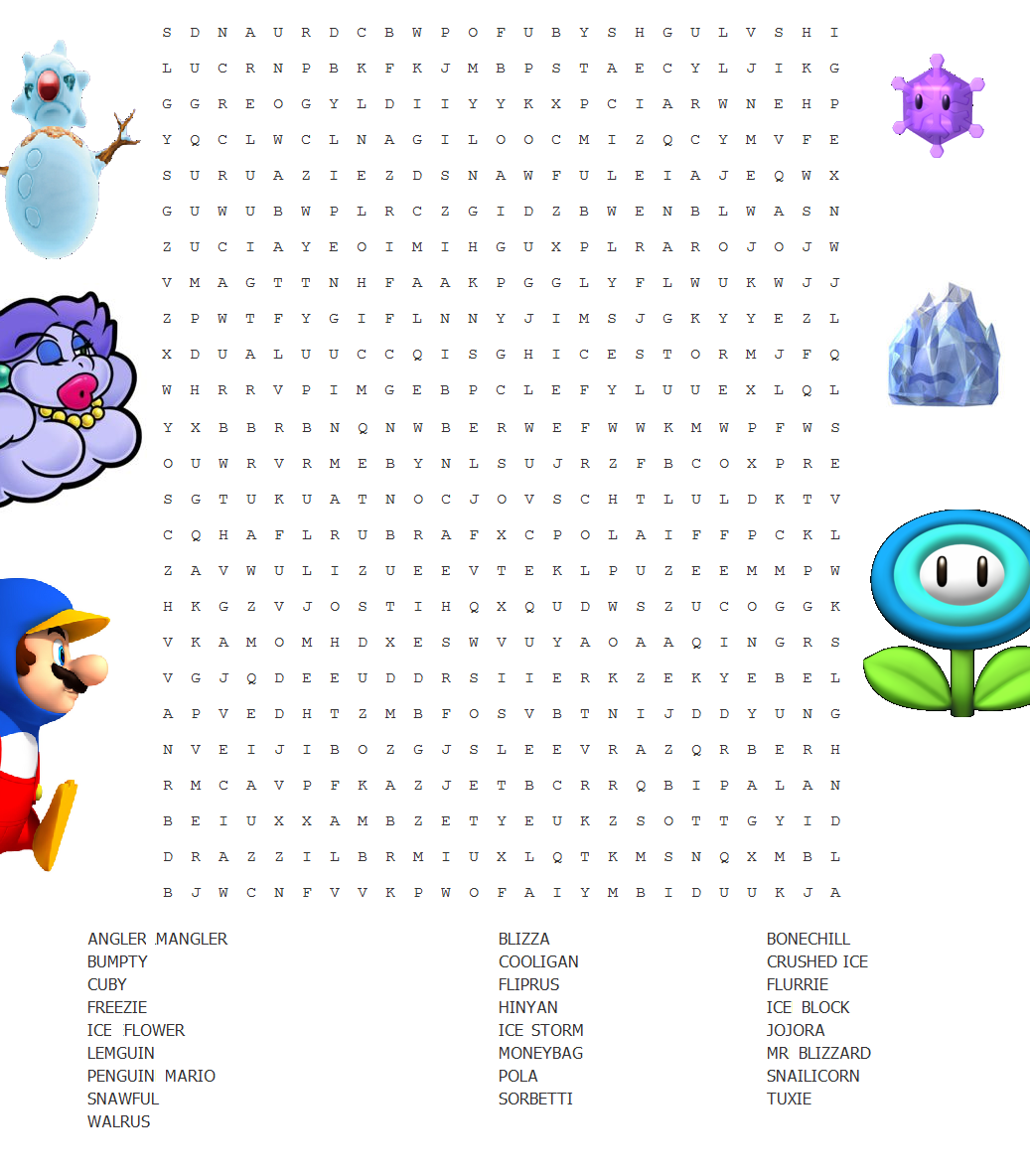 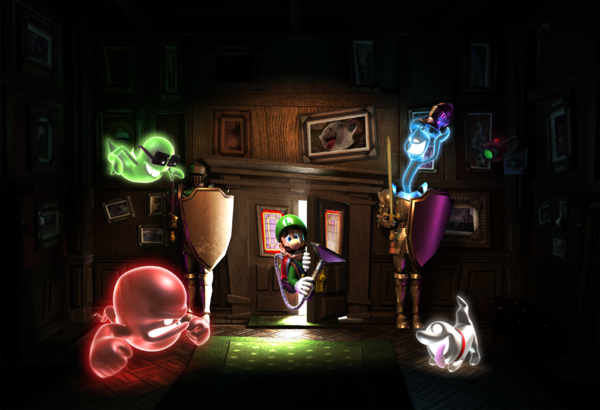 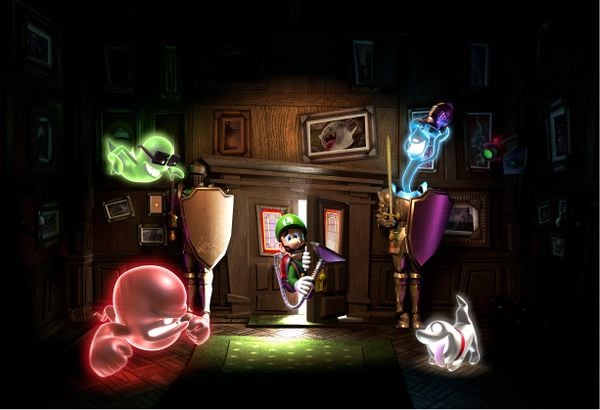 By General bob-omb (talk)
Merry Christmas! It's that time of year again! Time for family, friends, food, and fun. It looks like Mario is spending his Christmas on Cool, Cool Mountain. I see the koopa had tagged along... and he brought friends. A bob-omb, a goomba, a boo, and (of course) a snowman. Hope you have a great Christmas! 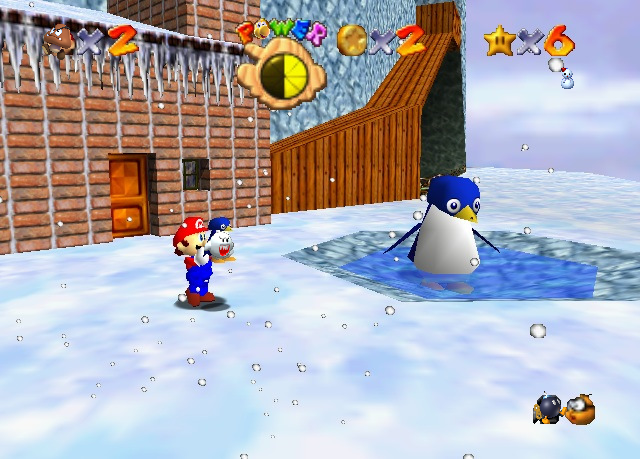