Hi ive been following super mario wiki for quite a while but only made an account lately and this is my first post. Anyway, i was browsing through and ripping models from super mario galaxy and came across this particular model which i dont remember seeing anywhere in the game and cant seem to find it in the wiki. The model is called "bigbigfly" and is actually composed of three parts: bigbigflybody, bigbigflywing and bigbigflytusk. It looks like a brown dragonfly with red eyes, very long mandibles and unproportionately small wings. Is it possible that this is a beta element?

ps. i took a picture of it rendered in 3ds max but i dont know how to upload pictures here

Sounds interesting, to upload an image just go here, once you upload it, post it here, please :) --

It seems I don't have permission to upload pictures :( Is there anything i can do about it? ~~Morshu~~

Oh, I didn't think about that... Perhaps you can wait until your account turns one week old, or upload it into an external server. --

Ok i uploaded the picture. Tell me what you think... have you seen this before? 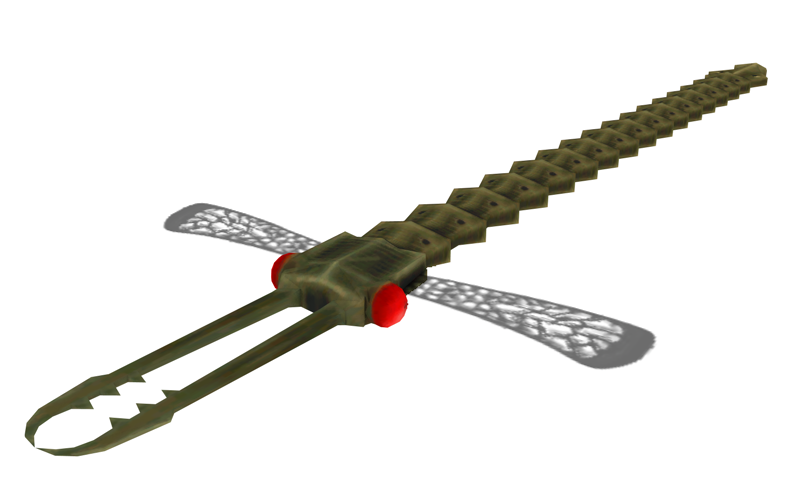 So uh should we add this to the article? ~~Morshu~~

I am Zero! Can someone please turn the Onisutsu image into an actual link; I tried but I'm not good with references. Zero signing out. Zero777 (talk)

Hey I heard about this boss crab on the Cutting Floor. Do we know anything about it? I have never seen it in the E3 trailer but should we find an image for it. There was something on that fortress concept art that looked like it but is it the boss crab thing?

The Star Bit Counter said 0/100 in this version. No attendee to E3 achieved the collection of all 100 of the Galaxy's "Star Shards" (as they were then known). so their purpose is unknown.

Proof there was purpose for the shards.

In Deep Dark Galaxy, there is an extra Launch Star (the trivia section of Deep Dark Galaxy mentions it). Could this suggest there was supposed to be more to this galaxy than what we got on its final release? Is there any beta footage of Deep Dark Galaxy? Instead of it being trivia, could it be mentioned briefly in this beta element article? I'm just very curious and want a little more research on this. I want to know what could have been. --Wildgoosespeeder 15:20, 27 June 2012 (EDT)

In the Reference section, the second link (http://www.hollywoodreporter.com/hr/search/article_display.jsp?vnu_content_id=1002425530) leads to a "Page Not Found." Can someone fix that, or has it been removed from the web site entirely? Mpeng 14:49, 27 April 2013 (EDT)

We should remove broken links until we can a replacement.

I want to use planets mentioned from here: http://tcrf.net/Super_Mario_Galaxy/Unused_Planets

This is likely a pre-release screenshot. I have a talk page started on that file explaining why I think so. --Wildgoosespeeder (talk) 20:29, 19 November 2015 (EST)