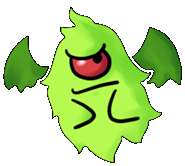 Hello. My name is the Blackfire Onyx, previously known as Fandro. I originated on the Fandro Funny wiki as a noob. Then I found Fantendo and made many friends there. Later on I found this very impressive and well-made wiki. Here I hope to fix link errors and spelling errors and share my feelings.

It may be worth knowing that I may not add much to the wiki but I know lots of things and I might fix errors - who would want freakin' errors? 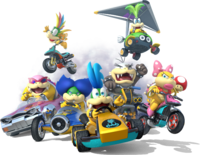 Yep, the Koopalings are the best video game characters I have ever seen. May sound bad to you but I made several fanworks on the Koopalings. Can't wait to get Mario Kart 8 and play as them all! I know lots on the Koopalings - although you likely wouldn't even WANT to know. If you want to hear one of my fanfics/fangames/fanwhatever - check me out. Just leave a message on my talk page.

If you consider me a friend, either edit this section or if you can't leave me a message!

If this breaks any rules, you can remove it. I do not remember reading about fanon in the rules. Thank you.