This month, I decided to give you my review of a location rather than a brochure. This month, I spent a weekend at The Dotwood Tree. It's got a nice resort. If you're a termite. It's not exactly human-friendly. No staircases, no escalators, no elevators. When you're on the internet, there are ads for Sexy Termite Singles. Nice place for a single day of sightseeing, but the resort is more of a place for termites.

In this TV series, we see Mario as a teenager using his powers to defend Smashville from destruction while fighting internal teenager struggles in a new violent spin on those crappy teenage romance shows.

Mario & Luigi: Bowser's Bent Story
Mario & Luigi are back! This time they're in big trouble! After Fawful gives Bowser a Bent Shroom, he ends up trapping everybody in his closet! Mario & Luigi, along with the rest of the Mushroom Kingdom, are living their lives as closet gays! How will they get out and be classed as straight again? Will Bowser realize he has his worst enemies inside him? WHO KNOWS?!

Mario & Luigi: Partners in Crime
This is a golden game from a while ago. The Princess journeys in a magic police van looking at all sorts of criminal situations, but when a terriorist comes back in the van instead of Peach, there's only one reason: SHE'S BEEN KIDNAPPED!!!! Mario & Luigi travel in the police van, and find out even more about these terrorists. Their leader, Osama Bin Laden, claims he wants to blow everybody up in a big orange explosion; his favorite color. Mario & Luigi end up getting accused for drug dealing with their Mushrooms, and are also on the run from the police themselves. When Crime Holes start popping up, it's chaos! What will happen? Play to find out!

Luigi 128 was apparently retiring, so he didn't make a Wanted Poster this month. The poster will be published next month, as will his Fake Movies. However, we greatly appreciate his return.

Hello, 'Shroomers, this is Mario7727 with your Fake Interview..Today we are going to interview Shy Guy!

Shy Guy: Well, it's hard to not be a friend of Mario.

Shy Guy: Well, Mario has partners and I don't!

Shy Guy: Well I don't see a lot of them very much , but yeah.

Mario7727: What about other enemies like Goombas and Koopas?

Shy Guy: I see a lot of them, they're like almost everywhere!

Mario7727: So what do you do besides trying to not get jumped on by Mario and his friends?

Shy Guy: Yes, I see Bullet Guy in Castles, Fly Guy in the sky, and Boo Guy in dark places.

Mario7727: Thanks, Shy Guy! Well, that's our interview for today. See you next time!

The Star Cup has been canceled! The builders quit due to a salary dispute. However, we will be taking ideas for users to participate in sports! Post yours here!

all Week, but anyway:

Today's Brawlers will be: 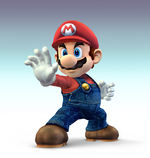 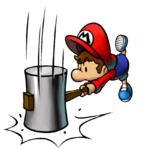 In a five stock brawl, with no Koopa Shell, Banana Peel, Ray Gun, or Star Rod items, but all the other items are on medium. The Brawlers will be brawling on the stage, Galaxy Tour. 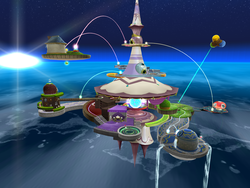 Here are the brawlers’ bios:

Mario64fanatic: This user packs a punch. Don't get him mad or your going to get it!

GalacticPetey: GalacticPetey is big, bad, and tough. He may have low speed but watch out for his power! He will eat any trespassers on his land. SO DON'T mess with him!

Luigifreak: Luigifreak is a dangerous opponent to come across, indeed. Luigi's insane counterpart may seem weak, but he can defiantly bring the pain if he hits you. If you find yourself in the air with him, get ready for pain. With amazing speed, he can blaze past even Sonic. However, if he gets started, he can't stop. Advice? STAY OUT OF HIS WAY!!

Baby Mario Bloops: Baby Mario Bloops, just a challenger, I think not! He may appear small and weak, but don't let that fool you. His speed is outstanding, outrunning most competitors. He also has amazing skills that he uses to KO his targets. He may have low offense, but Defense what he's good at, so don't expect damaging him. Also watch out for his Final Smash, which would definitely leave a mark on all his opponents. If you have the misfortune of battling against him, you just might have to try with little skill you have!

Here are their stats:

Here is the song that will play during the brawl:

Baby Mario Bloops spins around in place then stops and then sways back and forth.

This is Sparta Fake Shop!
Yay! Here are our horrible GREAT crap items! Our first is...the Gold 'Shroom! It makes you drive faster, punch harder, and gives LOTS of lives! As seen in MKDS

.It is only for 75 coins! Our second best item is...Mushroom! 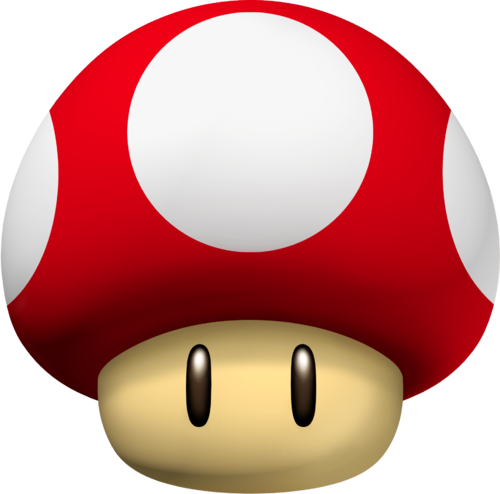 This month's chef is: ZESS T.

Usually made by steeping a Turtley Leaf, all you need is:

Hello everyone, it's been 3 months since my weather debut. So I made this section with no premission at all!

Shelly Koopa and the Princess' Stone by Kammy Koopa -Shelly Koopa is a Koopa wishing to become a Magikoopa, so she enrolls in Mushroom Kingdom School of Magic and Sorcery. When the princess' royal magic stone is stolen and hidden in the castle, it's up to Shelly Koopa to find it and save the world!

Boohawhaw by King Boo -It's not a book at all! It has a picture of a bomb on each page and they all explode when touched! Isn't that nice?

Remember, don't tell the cops on me and I'll give you a super special treat next month!