Hello wikians, we all know the videogame heroes, but, have you ever see who's on his side? yeah the sidekicks, this month I'll compare two sidekicks... 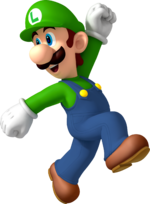 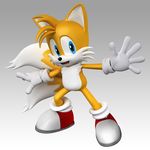 Luigi is seen in varius games as a coward (Luigi's Mansion, Mario & Luigi Series, etc) but sometimes he gets the role of hero (most times when Mario is in risk) before he was in the mario adventure games as the second player but in Super Mario 64 and Super Mario Sunshine he doesn't appear and only appeared in spin-off games

In the shadow of Mario

He appeared in the first Sonic games as Sonic's sidekick and always followed him but in later Sonic games he appeared only as a support character (minus Sonic Heroes) 'cause Shadow, Silver, Blaze and many other characters came to follow (or confront) Sonic and since then Sonic left behind his friend

In the shadow of Sonic

Well 'till next month