Hello everybody. Excuse the tardiness, but I've had quite a few things that I've had to do... 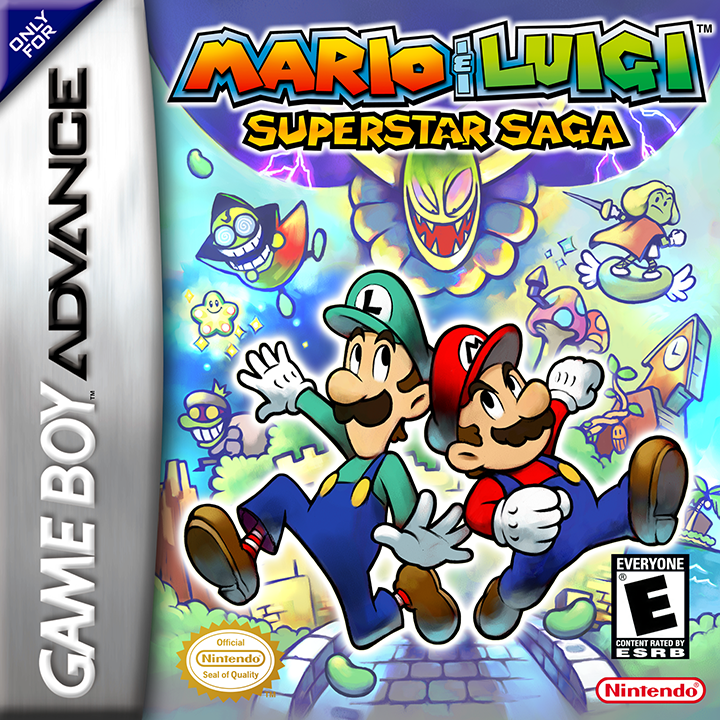 This month's boxart is Mario & Luigi: Superstar Saga's. It's drawn nice, the colors are very pretty and blended well, and it's not too busy but not too empty either. 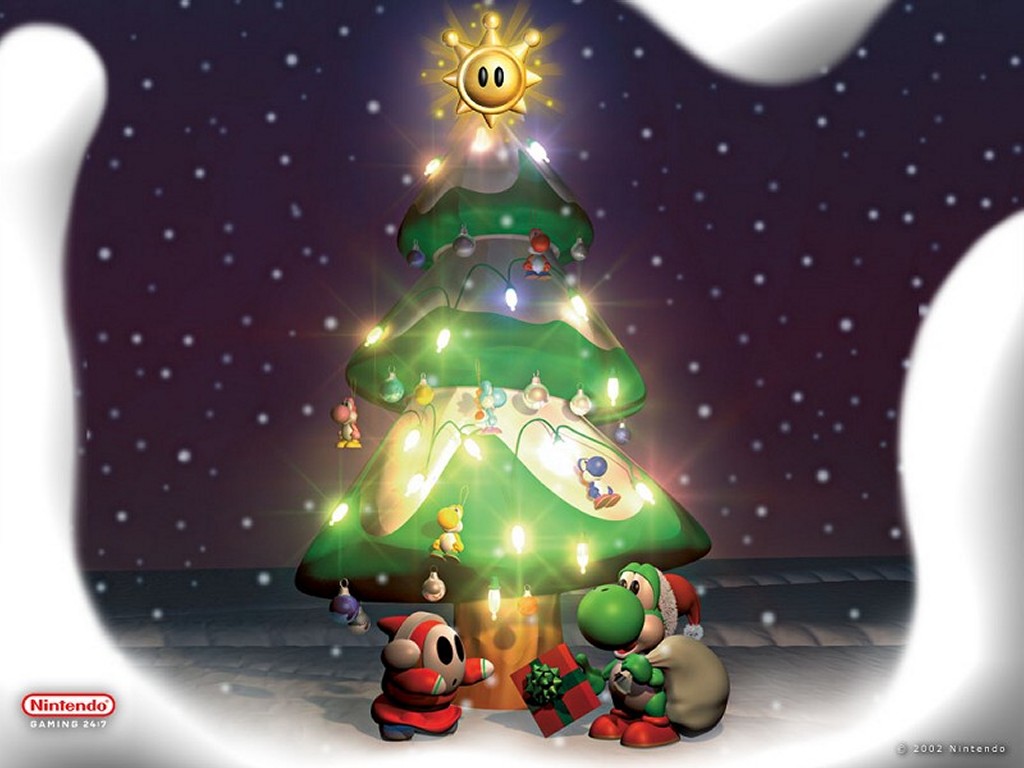 Hello, Tucayo here with the Random Image for December. I really love this image, first because it is Christmas-themed, but also because Yoshi Claus looks very cute, and he is giving a gift to a Shy Guy, who is normally an enemy and that speaks of the message of Christmas :) Merry Christmas everyone. 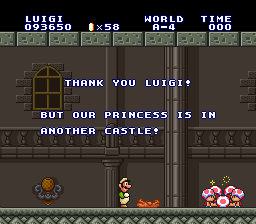 Welcome to this month's edition of the Screenshot of the Month! This month, I chose an image from Super Mario All-Stars to celebrate the release of Super Mario All-Stars - 25th Anniversary Edition (Super Mario All-Stars Limited Edition in North America), which has recently been released in Australia, Europe, and North America. Although small, the image features a famous quote, "Thank you Luigi! But our Princess is in another castle," with Luigi's name in it instead of Mario's, of course. Well, there you have it, folks. Tune in next month for the next Screenshot of the Month!