From the Super Mario Wiki, the Mario encyclopedia
< The 'Shroom:Issue XL
Jump to navigationJump to search

In this game, you have to find the image from which these little snippets come.

'You know where this leads

In agreement with the director, things in the Find the Differences section will be a little different this month. The following two images contain ten differences. If you can find them all, come to our forum and send me (Edofenrir) a PM, containing a list of all ten differences. You can do this within the next two weeks. After that, I will pick one of the participants with the right answers and award him or her with a free spot in my Mariowiki Kawaii series. You heard right: Free artwork! It doesn't matter how fast you send them to me, since I will determine the winner randomly among all participants.

The winner will be announced and the artwork will be submitted in the next issue of The Shroom. Be sure to send your solutions to "Edofenrir" on the forums (use copy/paste if you cannot spell the name). Use Competition as the subject of the PM, or I might not notice it when looking over my PMs. Closing date is July 25, 2010! 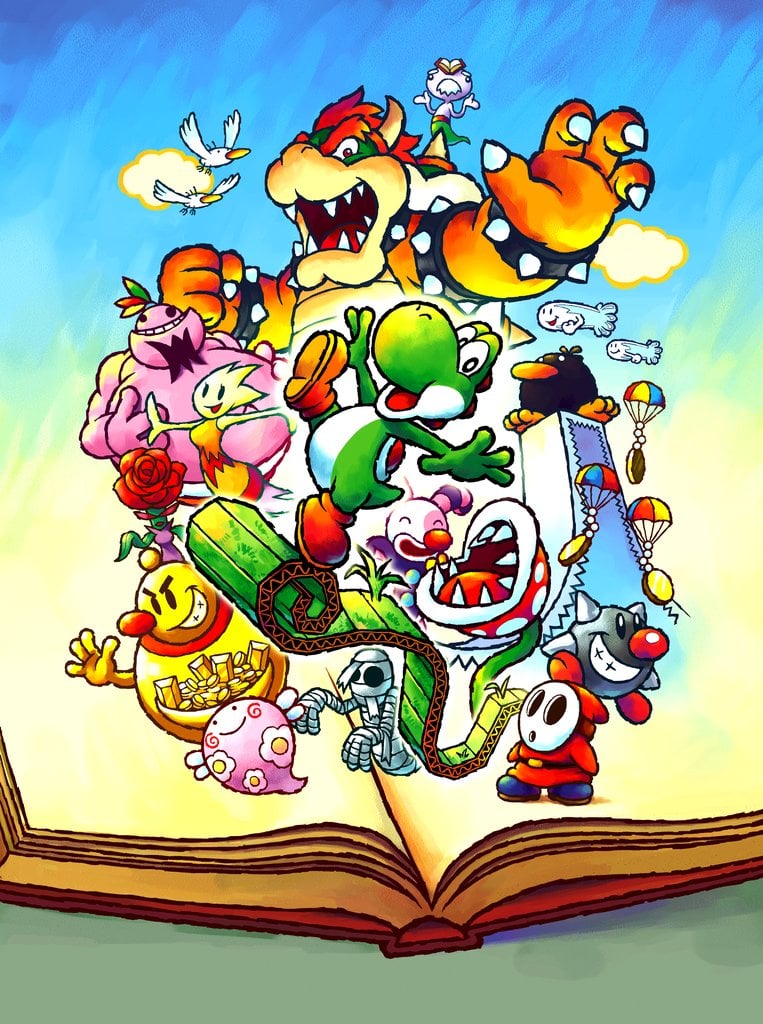 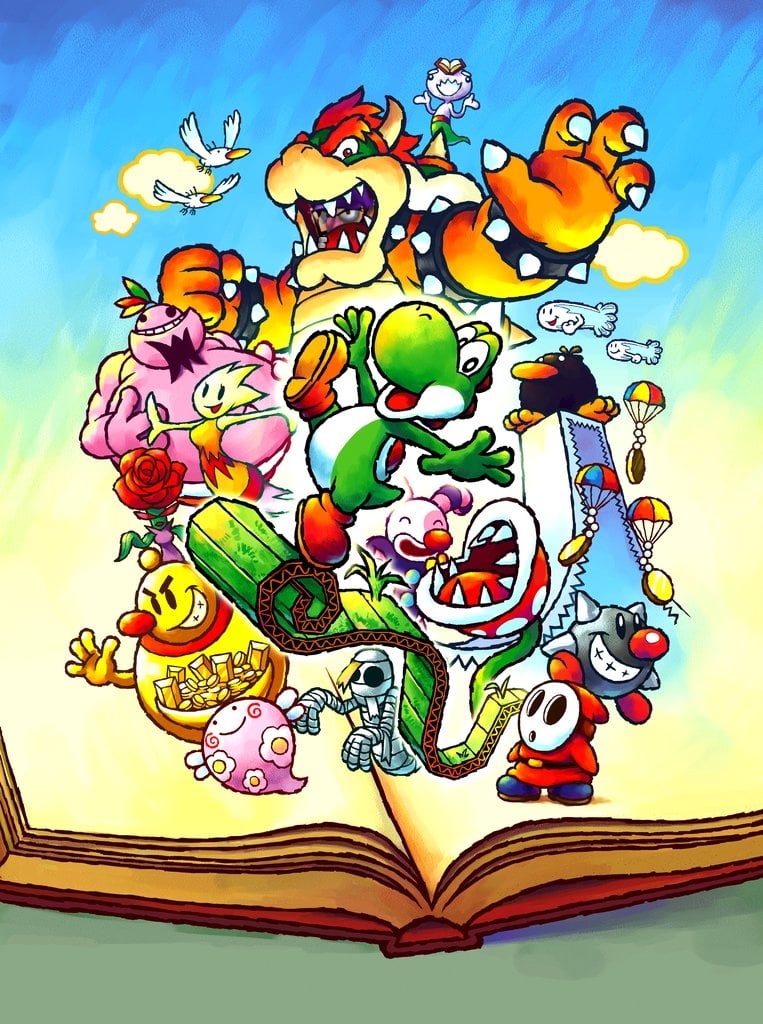 No answers this time, of course. The solutions will be featured in the next issue of The Shroom.

Hello everyone and welcome to my quiz section on Da 'Shroom. Yup, exciting. This month I decided to do all the questions about the Mario games on the Super Nintendo Entertainment System. Since some of you may not have been around when the Super Nintendo was made and have never gotten the chance to play many of its games, I chose to make this quiz multiple-choice. It’s easier that way. If I made a mistake on the quiz, please contact me on my talkpage.

1. Which of the following happens after you complete Yoshi's Island 100%?

A) An alternate ending can be seen at the end of the game.
B) Six stars appear on the top of the game's title screen.
C) You can play with Baby Luigi riding on Yoshi, instead of Baby Mario riding on Yoshi.
D) Nothing!

2. In Mario Paint, what happens when you click on the letter A in "Paint" on the game's title screen?

A) Mario runs backwards.
B) A new mode is unlocked.
C) Yoshi runs across the screen.
D) None of the above.

3. Which of the following characters are not playable in Super Mario Kart?

4. What is the first enemy encountered in Donkey Kong Country 2: Diddy's Kong Quest?

5. What is the name of the final vehicle in Donkey Kong Country 3: Dixie Kong's Double Trouble!?

6. What was the final game in the Mario series (that includes Donkey Kong and Yoshi games!) to be released on the Super NES?

7. In the Donkey Kong Country level, Mine Cart Madness, which of the following enemies did not appear?

8. Which of the following is not a location in Mario's Time Machine on the SNES?

9. Which of these SNES games require the use of a Super Scope (Nintendo Scope)?

10. What is the fourth location encountered in Super Mario RPG: Legend of the Seven Stars?

By Mr bones (talk)
Whaaaaaaa? My beautiful title screen? I JUST BOUGHT IT!! Hey, you there! Don't stand there like a moron! Help me out here! I wanna get those fairies to that black circle, and, for your information, BOB-OMBS DO EXPLODE! You wanna a bonus? Find the little Bob-Omb hiding behind a bigger one! Think ya can do it?

By Papero (talk)
Think you can find all 10 characters hidden in this image?