From the Super Mario Wiki, the Mario encyclopedia
< The 'Shroom:Issue XL
Jump to navigationJump to search

Anyway, hope you enjoy the issue.

Box Art of the Month (SMB) 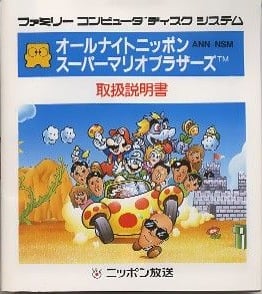 Here's the image that I found to be rather cool. You might be thinking: "Why this image?" Well, it is the box-art of All Night Nippon Super Mario Bros., a game that you might not have heard of (and if you have, kudos to you; you're well-read or well-played on the Mario-series!). It's a game that was released in Japan only, and is based on the Japanese radio show All Night Nippon.

I'd tell you more about it, but perhaps you should head on over to the article and read a bit about it!

Character Artwork of the Month (SMB)

This image is of Hot Roderick, the second boss of Wario Land: Shake It!. The name itself is rather interesting: it's a combination of Hot Rod (which is a type of car) and Roderick (a common German name). I'd tell you more about this boss, but why don't you instead read its article?

Random Image of the Month (SMB) 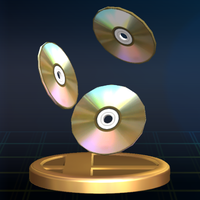 This image is of the CD Trophy from Super Smash Bros. Brawl..

This month is a rare sprite of Elder Princess Shroob in her first form from PiT. She looks like a real boss, big, mean, and totally dark. An interesting sprite that's well done. I certainly wouldn't want to take her on in battle.

HI! THis month, i decided to draw one of the coolest bosses of Super Mario Galaxy; Baron Brr Topmaniac! 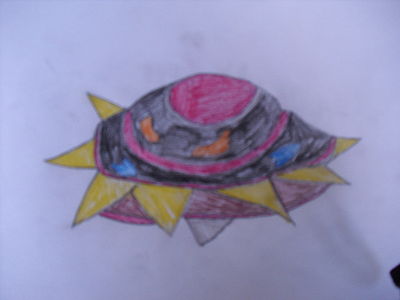 THanks for reading and see you next month!