Warning – This section contains harsh language. If you are offended by such materials, we recommend that you skip this section.

I'm Chuck Ballymoo, I'm the writer for History of Video Games. As you know, the recent fiasco over Microsoft's Xbox One originally planning to block used and rented games sparked worldwide controversy. Microsoft's greed knows no satiety. That is right, there was a pre-owned fee originally planned. That means there was a mandatory game installation required for all games. That means if you were to lend a game to a friend, your friend was SOL. A paywall would have popped up and your friend would have had to buy the game anew.

But as the wise old man once said, evil prevails when good people do nothing. And that is why they did NOT prevail. We, the gamers, said we will not tolerate your bullshit. We shall not buy it if you do not do away with all this shit. And do away with it they did. They completely caved because good gamers took a stand. So even if a billion-dollar corporation like Microsoft is stoppable by we the people, it is very encouraging that any injustice is stoppable when you make your voices heard. But the debate over used games did not begin there. Let us for this month delve into the history of the debate over used video games. 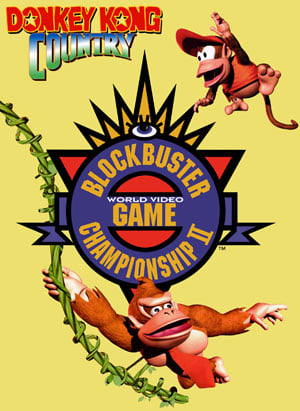 Do you have any idea how much control Nintendo has over it's software once it leave the store? Do you or I have any right to burn a copy of a game disc and sell it to our friends? Well, of course not. Nowhere in the world can this be done, with the exception of a few nations where intellectual property rights are a foreign idea. If a buyer owns a rental store, can he put games he has purchased up for rent? If you live in America, then yes. There were debates over video game rentals in the United States in the late 80's, however. In those days, Nintendo argued that video game rentals would decrease the sales of games. VHS copies were only put up for rent after the movie had run it's course at the box office. Video stores paid the studios top-dollar for new tapes before they were made available to the public. Video game rentals, on the other hand, were available day-and-date with the release of the game. Nintendo had no such protection.

Blockbuster Video's side of the argument was simple: No matter the consequence for Nintendo, Blockbuster had the right to do whatever they chose with the games they bought. The courts sided with Blockbuster, and this ended the discussion. Nintendo did sue, over a different charge entirely. You see, Blockbuster included photocopied instruction manuals with the games they rented out, and kept the originals. This was done so that, if a renter lost or damaged the instruction booklet, Blockbuster could simply make another. But Nintendo saw the opportunity to strike back at Blockbuster and they seized it. Even though the instruction booklet ordeal was very trivial, it was clear copyright infringement.

After all these court battles, Nintendo began to work more closely with Blockbuster for a mutually beneficial solution. For a time, hit games were hitting Blockbuster before the store shelves, but for a hefty price.

What of Used Games in Japan, the Land of Nintendo? 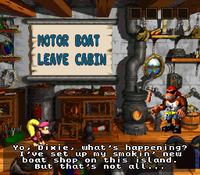 In Japan, if you are going to rent out movies or music, the video rental establishments must purchase rental versions at much higher costs. But what of games? Well, listen closely and I shall tell you. Video game rentals are unheard of in Japan. This is true, despite the fact that when compared with CDs and stuff, games are much harder to duplicate. The law equates video games with movies, and no company has ever put forth "For Rental Only" copies of video games. Demo discs can be rented from these stores for free, however. In the United States, demos are literally given away.

And used games? In the US, there never was any debate over used games sales until Microsoft tried to make an issue out of it as you read in my introductory paragraph. This is actually quite surprising, however, if you view it through the lens of history: Nintendo had quite a litigious streak in days of old. One can easily surmise that had Nintendo won it's suit against Blockbuster all those years ago, today the situation with used games might be very different. Perhaps they would have moved on to used games. This never transpired. Used games are so intertwined in American society that no one can question their legality today. Microsoft tried to block used games on it's own, outside of the law recently.

So, as you can imagine, with all these conflicting rulings, used game retailers had no idea what the hell to do. Finally, in April of 2002, the Supreme Court of Japan ruled that "in the case of the transfer of ownership of copies of cinematographic works that are used in conjunction with household TV game machines, the right to transfer to the public the ownership of copies of works concerned shall be exhausted by the legitimate first sale, and copyright shall not have an efficacy on the conducts of re-transfer to the public of the copies concerned". In other words, now there, like here, your fifty or sixty dollars buys you a guarantee that you can sell what you just bought. Used video games are sold freely now, to Americans, and our friends in the Pacific. Thanks for being with me for this month's video game history lesson.