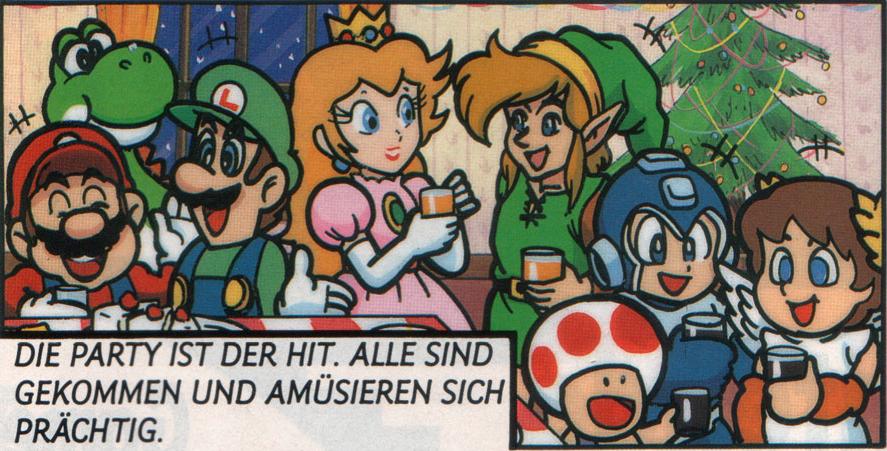 Welcome to Mario Holiday Hink Pinks. A Hink Pink is a riddle with a 2-Word rhyming answer. For example, a parasite in a redwood would be a Tree Flea. Got it? Good. After you are have finished playing the game, check out a tribute to the late Danny Wells below.

I'd like to share a nice little tribute I have found on YouTube to Danny Wells, who died recently. Danny Wells gave his heart and soul into playing Luigi on the Mario Brothers Super Show nearly twenty-five years ago. He played Luigi alongside Captain Lou Albano (who died in 2009), who was Mario, in both live-action and voiced the animated segments. He is next best known for playing Charlie the Bartender on The Jeffersons, the most successful and longest running spin-off ever. The Jeffersons was a spin-off of All in the Family. He also has many movie roles, mostly bit. RIP, it is a shame you could not have lived to be 90 or 100. Perhaps in honor of Wells, in addition to watching this nice little tribute (which incidentally has music embedded which will be instantly recognizable to you), you can watch a few live-action segments of him as Luigi if there are some you have not seen. YouTube has many rare segments that cannot be found on the DVDs, happy hunting!