This month's History of Video Games will focus on Miyamoto's origins at Nintendo, as well as the origins of two other great men of the company who were transformative, and how all of their destinies intertwined. I think you'll enjoy this month's lesson. 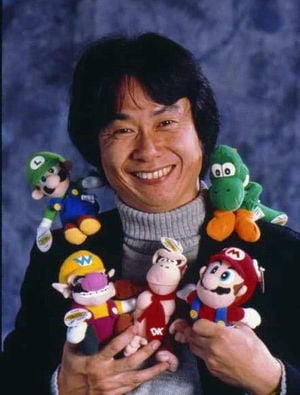 Shigeru Miyamoto was born in Sonobe, near Kyoto, in 1952. His family had lived there for several generations prior. From the time he was born, he harbored a whimsical imagination. He always liked to play pretend as a kid. In the early 1960s, Shigeru's father bought a color television set, and animated Japanese superheroes sparked the flame of his imagination (he would go on, of course, to create the greatest superhero of all time, y'know, the one in the red cap). He also enjoyed hiking up the countryside, exploring caves, canyons, rivers, creeks, and drawing his discoveries. This got him interested in cartooning. He would invent original cartoon characters and make them into flipbooks while in highschool. There, he started a manga club.

Miyamoto worried that he would not make it as an artist for his greatest passion, manga, so he enrolled in Kanazawa Municipal College of Industrial Arts and Crafts in 1970. While in school, he enjoyed primitive video games, listened to the Beatles, and developed a great love of making toys. Because he had an affinity for skipping class as often as he could, it took him five years to graduate. He earned his major in industrial design, which allowed him to continue drawing.

After graduation, Miyamoto simply did not know what to do with his life. He wanted to make a hit product that would be loved by the masses. However, the corporate world of Japan was and is a rigorous business. Luckily for Miyamoto, his dad knew a guy, and that guy was Hiroshi Yamauchi, the then president of Nintendo, whose reign lasted until 2002 before being replaced by Satoru Iwata (not before transforming Nintendo into what it is today). Yamauchi is a legend of Nintendo and video game history in his own right, and unfortunately passed away this September, at 85. That is correct, Shigeru Miyamoto's father got him a job at Nintendo. Often in life, it matters not so much what you know, but who you know. Fate can often change the world.

Birth of a Great Company 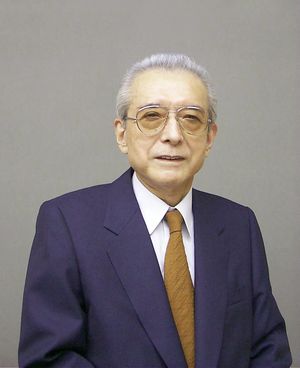 In 1889, during the 22nd year of the Meiji Period, Nintendo was founded in humble beginnings. The founder was the businessman from Kyoto, Fusajiro Yamauchi. He called the company Nintendo Koppai, a small-business at the time that sold playing-cards known as Hanafuda. Believe it or not, Nintendo still manufactures these cards to this day.

Nintendo's first building was two-stories high, and still exists to this day at the intersection of Rokujou and Kiyamachi. By the late 19th century, the building was surrounded by brothels, gambling dens, as an assortment of all things seedy. This actually made for a perfect location for Nintendo's headquarters, as Hanafuda was always used in the highest of stakes gambling, even though gambling was very illegal at the time.

Fusajiro died in 1940. Nine years after his death, his great-grandson, the aforementioned Hiroshi Yamauchi, became the new president of Nintendo, and the third in its history, at the ripe old age of 21. Until Hiroshi's time, Nintendo was strictly in the playing-card business. And the management of Nintendo was content with things remaining that way. But not good-old Hiroshi. He had other ideas. And as a result, he cleaned house. He fired every single last manager at Nintendo (whom his father and grandfather had appointed). Even his cousin was not spared from being fired.

In the playing-card field, Hiroshi made huge financial gains for his company when in the '50s, Nintendo became the first company in history to manufacture the modern-day plastic-covered playing cards. He licensed Disney characters to put on the back of the cards, and Nintendo's stock skyrocketed through the ceiling. 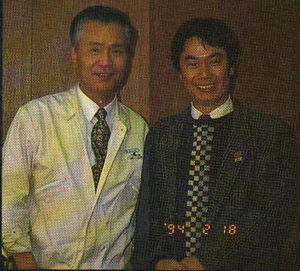 But good times did not last. Over the next decade, Nintendo lost a lot of money embarking in several failed business ventures. In the '60s, Hiroshi expanded Nintendo's greatest strength, its involvement in the games and toy business. Enter Gunpei Yokoi, a young electronics graduate, who was early in his career at Nintendo, only working as a maintenance man on Hanafuda printers.

Hiroshi liked what he saw in Mr. Yokoi. Yokoi invented the Ultra toy series, most famously, the Ultra Hand, in 1966. The Ultra Hand saved Nintendo from financial crisis, as would many of Gunpei's toys, such as the famous Beam Gun. The Ultra Hand would go on to appear in Wario: Master of Disguise, several WarioWare titles, and Wario's Power Shot in Mario Power Tennis. Why make this cool toy be so associated with Wario? Because Gunpei Yokoi created Wario. So it is fitting that this toy which saved Nintendo from financial ruin be wielded by Mr. Yokoi's truly greatest creation, Wario (followed by the Game Boy, his second greatest creation). He would also go on to create the Game & Watch, Virtual Boy, Daisy, R.O.B., and Pit. Thank you for being with me for this month's lesson in video game history. 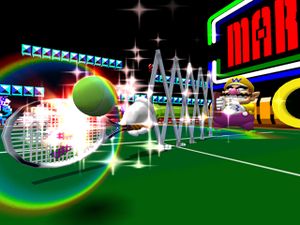