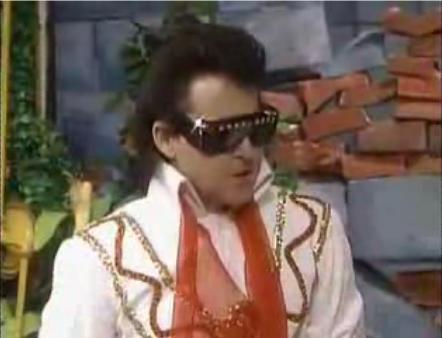 This month, I am comparing Dupree to Elvis from the classic Super Show episode, Will the Real Elvis Please Shut Up.

Dupree is a blue, iconoclast, Elvis-dressed Doogan with a (possibly) Faux-French accent a dyed pink fro and shades to boot. Dupree stalks Goombella to know end, believing her to be in love with him, and that no one he loves could ever not reciprocate. Goombella grotesques him, and would probably kick his ass if Mario would let him. She loathes him and hates him for stalking him. I bet Dupree wishes he could hypnotize Goombella the way Luigi was hypnotized in “Superstar Saga” into thinking he is Mario so she would believe him to be Mario and he could take her home and live another happy thirty or forty years with her raising bizzare hybrid creatures known as Doogoombas. He is even attracted to Bob-ombs this idiot wannabe guy. What is wrong with him?! He thinks he is a player. Perhaps, but in the minor leagues (if he is one at all).

But what about Elvis? Are you crazy about Elvis? Isn’t everybody? Well if you are reading this, then you are PART of everybody. So yes, yes you are. Indeed you are. Indeed. The worldly-proclaimed King of Rock ‘n’ Roll made an imperishable mark on the Marioverse when he appeared with Lou Albano (R.I.P rubberband-beard buddy) and Danny Wells (Who was on the Jeffersons R.I.P to the star of his most well-known show, Sherman Hemsley, who died quick recently). in the “Super Show” short-feature, Will the Real Elvis Please Shut Up. And better yet, the King appeared approx. one dozen years on the show after the world believed he was dead! Was it really the ghost of the legend Elvis? Or does Elvis Live?!!! Anyway, Mario, Luigi, and Elvis all performed together in an unforgettable performance, and by the end, Elvis had left the building. But since Dupree and Elvis faced, who won? Well, who do you think? The creep Dupree may dress like Elvis, but he ain’t no Elvis. The ladies don’t love him like they do Elvis, and that is why, Mr. King of Rock ‘n’ Roll, a Winner is You. 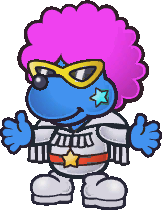