by Stooben Rooben (talk)
Warning – This page contains harsh language. If you are offended by such materials, turn back now while you still can.

Greetings, esteemed 'Shroom readers! I've come back from the grave to provide you all with some interviews once again. Hopefully the trip will be worth it. There isn't too much else to say about my return, since, well, you came here to learn about other people.

Crocodile Dippy joined the site quite a long time ago under the name "Pokemon DP". He became quite popular within a short period of time, gaining numerous friends and even earning a promotion early into his membership. He was the first Australian admin on the wiki (and on chat, Userpedia, and a few other areas around here), and remains the only Australian user to have earned that title to date. Around the community, his reputation as a cool guy spread to places like the forum, chat, and even Userpedia; however, along with this, he would also gain quite a few enemies that hated his guts. Friendly as DP was to the people he like, he could also be vicious and sharp-tongued to others. This caused quite a lot of controversy to revolve around DP at the time, resulting in many flame wars in the chatroom and on Userpedia. Despite this, though, many users still looked up to DP as a role model for activity, good friendship, on-the-ball adminship, and even as someone who didn't take shit from people.

As time passed, DP eventually resigned from his administrative position on the MarioWiki, taking a brief hiatus from most parts of the community. He returned later with a new name: "Black Hole Sun" (pulled from the Soundgarden song of the same name). During this time, he mostly hung around The Xephyr Board, as that is where most of his friends resided. However, he would once again receive a controversial reputation, this time as someone who was "emo", "edgy", and just an outright "asshole". (Note that those opinions are in quotes because they are not my opinion.) His love of music grew by a very notable degree during this period, and he has since retained an eminence as the wiki's musical guru. Though his taste in music has drifted from time to time, he has always been vocal about his love for music and the artful, unique ways in which it can be represented.

Fast-forward a year or so, and Dippy once again went on a hiatus for a short time. He came back again, this time with the name "My Bloody Valentine" (named after the greatest band to come out of Ireland). By this point, he had mellowed out considerably, which resulted in him practically losing his controversial reputation. He had even publicly apologized to numerous people for his previous behavior in an effort to turn over a new leaf. His efforts proved to be successful, and his word true — he's had a solid reputation as one of the coolest guys around the community since. (Now that's an opinion I can agree with.) He slowly started to ease his way back into community centers, such as the chatroom and MarioWiki forum. He also started writing for The 'Shroom once again at this point, and even earned back his administrative rights on Userpedia.

Shortly after that, he began to play on the community's Team Fortress 2 and Minecraft servers. It got to the point where everyone who mained those servers specifically enjoyed playing with Dippy. This furthered his reputation as a cool guy even more. His ruthless adventures and friendly way of playing on these servers would eventually earn him the nickname "Crocodile Man" (mostly due to his choice of Sniper weapons/accessories in TF2). He came up with his next name (which is also his current one) by fusing that nickname with a mispronunciation of "DP"; thus, "Crocodile Dippy" was born. Since then, he's maintained a very propitious reputation. He's once again become a dear friend to many, and holds a fair amount of respectable positions around the community.

I'd just like to point out that Dippy's history here is extremely long and involved, so I've had to brush past a lot of details. Plus, my recollection is somewhat fuzzy on many things due to how long he's been here, and my own frequent hiatuses. I'd recommend checking out his Userpedia article or contacting him yourself for finding out more info. 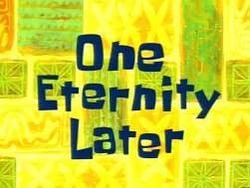 Me: Well, that does it for today folks! Hope you enjoyed this long-winded and totally-not-boring interview!
Me: Thanks again, Dippy.
Crocodile Dippy: Thanks for having me, mate. Let's have a cold one at the bar later, I'll pay.

My next interviewee, Master Crash, has a much less detailed past. He joined the wiki a few months before Dippy did, so he's certainly been here for quite some time.

Like Dippy, Crash was quick to accumulate numerous friends around the wiki and receive a reputation as a good guy. Crash was must less active in the encyclopedic end of the wiki than Dippy, opting to spend more time around the members of the community instead. Crash became an Operator in the chatroom, as well as a Bureaucrat on Userpedia because of this. He was featured in countless comics on Userpedia as well. On the MarioWiki, Crash was known for helping out many users who were new to the wiki (including yours truly).

Shortly after the crash of the ScribbleWiki Userpedia in 2008, Master Crash slowly became less and less active. He joined the Adriels Userpedia shortly after its inception, but did not maintain an active status there. Around this time, he became more active on The Xephyr Board, making a fair amount of posts there to keep in contact with his close friends. His activity continued to decrease, until he eventually reached the point where many people assumed he had retired. Though he would stop by the MarioWiki Forum, Xephyr, or chat for a brief visit once in a blue moon, he didn't become active again until sometime last year. Now, Crash is considerably more scurrilous than he was a few years ago, somewhat more similar to how his brother, Xzelion, would act; however, Crash is still just as outgoing as he always was.

Crash is also notable for having 3 siblings on the wiki, all brothers. Xzelion, Eggbert, and SM97 are those three; although, most people probably only know Xzelion, as he was the only other one besides Crash who was really active.

I'd like to make this introduction more involved, but Crash's large bouts of inactivity for a couple years gives me less to write about. I'll subtly blame him for a shorter introduction than Dippy's.

I think Dippy's story on this wiki is very interesting and inspiring. He's had more happen to him, and has done more for and around the community than pretty much any other user I can think of. He's always looked for ways to contribute, further himself, and further those around him. He is extremely dedicated to making the Awards Ceremony the best it can be this year, has put a great deal of effort into improving The 'Shroom, and has poured an immeasurable amount of care into being a good friend. Sure, I may be biased since he's my best friend, but if you ask around the community, you'll find a vast number of users who consider Dippy a good friend, a cool guy, or just as someone who has helped them out in some way. Even through controversy, he's managed to turn himself into a commendable and admirable member of the community. I think a lot of people could learn from Dippy.

Crash is a great role model for many things. First and foremost, I think the way he helped newer users out back in the day is a method that many users could learn and eventually benefit from. His amiable personality is another thing many could learn from; unfortunately, a lot of petty hate still floats around the wiki, more specifically to those who haven't done anything that could be considered them "asking for it". But again, I'm a bit biased here, since Crash has always been a close friend of mine. So, maybe I'm rambling.

The point I'm trying to make is that these are two very awesome people worth getting to know, or at the very least, worth just chillin' with. And when I say you could learn something from these guys, I'm not just specifically talking about values or wiki tactics; they're both very cultured people with a lot of cool things to talk about. Just don't go buggin' them if you're an annoying douche.

Alright, I guess I should stop kissing ass and shut up now. That's it for this month's interview. Hope you enjoyed learning some facts about two of the MarioWiki's most well-known users. See you next month!