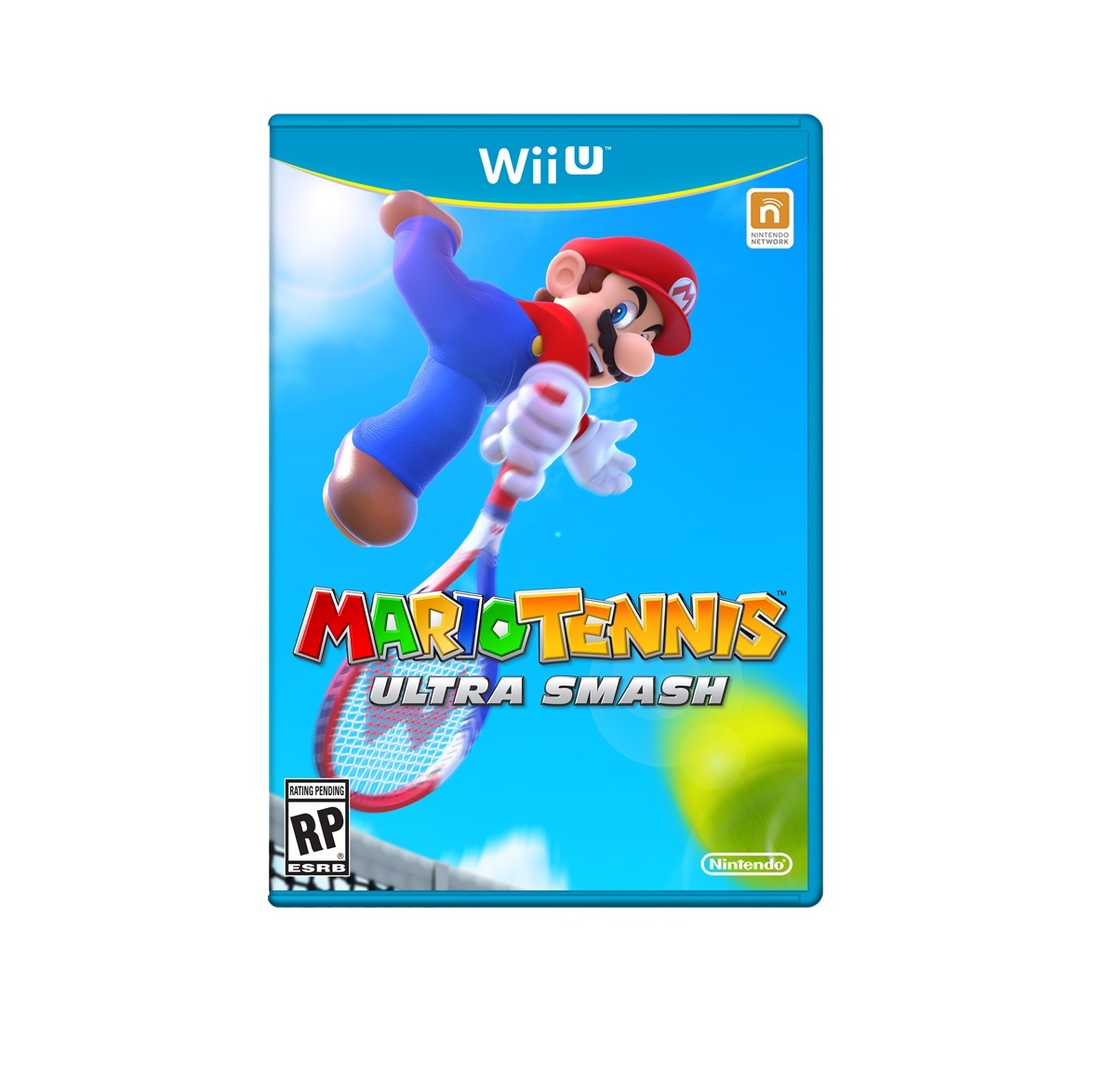 Thanks, will add it to the page shortly

Just checked it out, it's actually the "Mario Tennis Ultra Smash" logo. Pause the video at the scene when the Toad is holding the Mega Mushroom, you'll see it on the flag and posts. MarioComix (talk) 16:56, 9 August 2015 (EDT)

He's in the box, participating with the other guys. It's obvious he's confirmed to be playable.

As I saw in a website that this game will be the Mario Tennis Debut of Many Characters.

Hello, I just wanted to post to let everyone know that the Mario Tennis: Ultra Smash mini site is now live and will soon be replace by the full site closer to release of the game. Here is the link/address: http://mariotennis.nintendo.com/ultra-smash/ I should note as well that a silhouette of Yoshi appears in the multiplayer section of the site, next to Mario, Peach & Toad implying that he is playable. It's fairly obvious it's him, but I'm sure it's fine if folks want to wait for his offical reveal before adding him to the article. Note: Nintendo seem to be keeping the "Luigi Death stare" going for this game ( as shown on the mini site ) which I thought was fun and interesting. Anyway ... Keep an eye on this site for more info ... Despot_joil

Oh no let's keep Yoshi a secret, no one will know Yoshi will be playable....yeah you're right though, we wait until he's officially revealed.

I saw a clay and an blue shiny court in the second trailer.

I saw that more playable characters appear in the game... Source: http://mariopartylegacy.com/2015/11/mario-tennis-ultra-smash-official-website-suggest-additional-characters/--

It's in the following link: http://www.gametrailers.com/videos/view/reviews2/116417-Mario-Tennis-Ultra-Smash-Review I highly recommend to replace the original link (which leads to GameTrailers' main page) with the one I posted above. Sarantis (talk) 04:34, 14 February 2016 (EST)

Title. Apparently Gold Mario is in the game as some sort of amiibo NPC that you train and can use on Doubles matches, he even has his own racket, flags, banners, and that stuff. I'd like to add him to the article but I don't know enough about Gold Mario's inclusion in this game myself, and at this point it's really necessary because it's an entire character that a featured article is missing. --